Whilst the initial ICOMOS Heritage Alert may have contributed to the positive decision not to demolish the hall immediately, and to include it in plans for the new museum site, a number of significant concerns and uncertainties persist and ICOMOS still considers its future to be threatened.

In October 2018, the ICOMOS International Scientific Committee on Twentieth Century Heritage (ISC20C), as part of the ICOMOS Heritage Alert, sent and published a letter to the museum representatives, expressing international concern about future safeguarding of the Viking Ship Hall as a significant international heritage building, notwithstanding its removal from the Danish list of nationally protected heritage properties.

The Heritage Alert led to further awareness raising, for instance, on 30 September 2019, an ICOMOS - InnovaConcrete Project event was celebrated in the Viking Ship Hall, attended by the museum director and around 100 participants, including representatives from major foundations. The Royal Danish Academy - Architecture, Design, Conservation organised a workshop (Works and site analysis/ Viking Ship Hall) in the hall in January 2020, with the participation of the museum. A series of interviews and articles has also been conducted by The Danish Association of Architects, and a book and film about the delisting are in the works. In August 2021 the Viking Ship Hall was used as a study case for the ICOMOS global summer-school : 'Heritage alert and advocacy'. 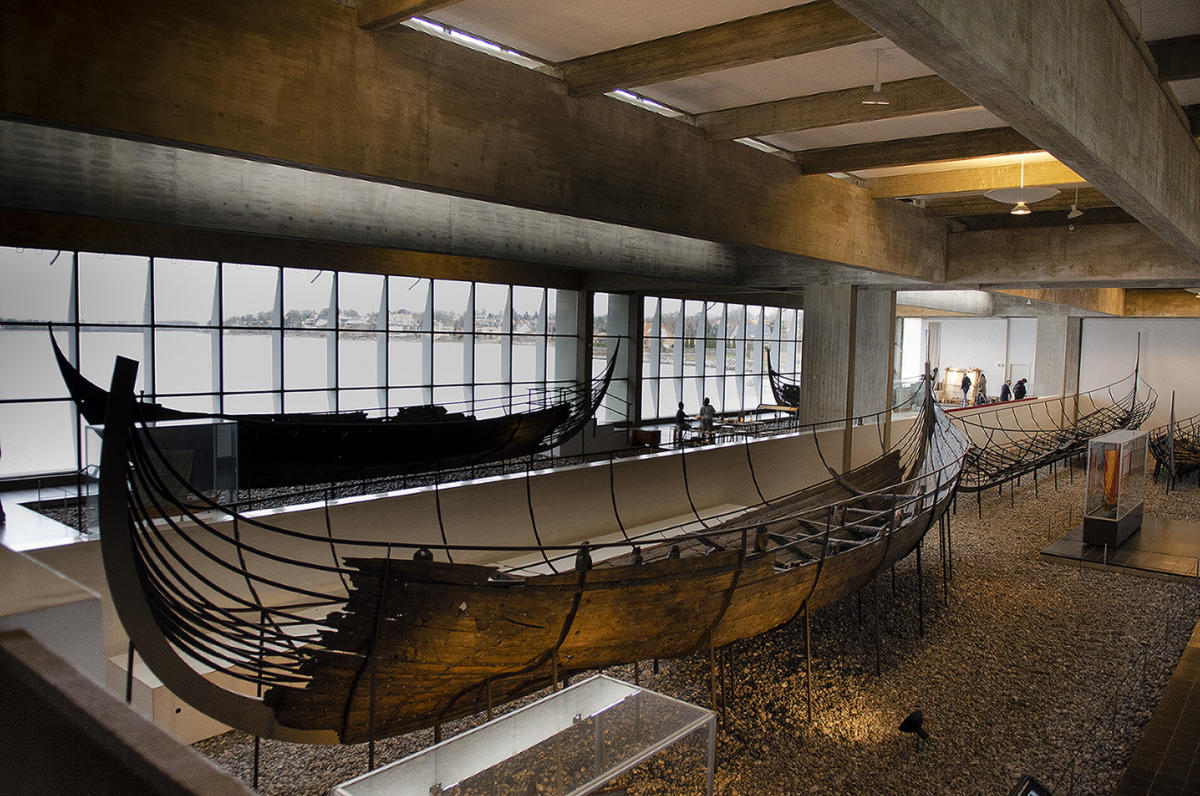 As of September 2022, the Viking Ship Hall is still delisted, however media reports state that there are now plans to preserve the hall as part of a new museum complex. 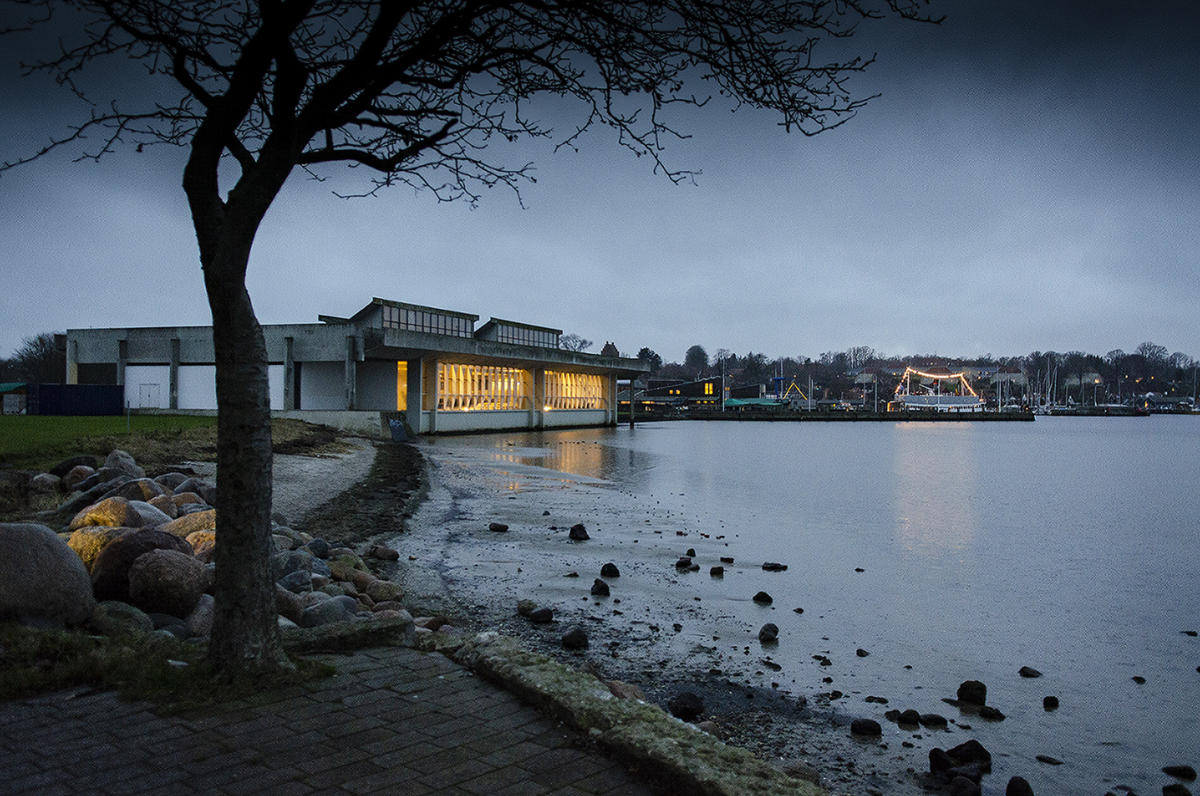 Whilst the initial ICOMOS Heritage Alert may have contributed to the positive decision not to demolish the hall immediately, and to include it in plans for the new museum site, a number of significant concerns and uncertainties persist and ICOMOS still considers its future to be threatened.

Information published following a meeting held in the municipality of Roskilde on 15 August, for example reveals plans to propose a new walkway in front of the water-side façade of the hall.

There is a possibility that the architectural competition may allow for a greater transformation of the hall than if it was still listed.

ISC20C therefore addressed a follow-up letter to the museum representatives on 3 September 2022, raising specific questions as to how the Viking Ship Museum plans to protect the Viking Ship Hall’s significant heritage values, including its exceptional concrete structure and setting. Concerns raised include how the challenges of rising sea levels and connected maintenance costs will be dealt with, available funding, the impact of the planned walkway, and whether a Life Cycle Assessment has been prepared to demonstrate the considerable environmental impact a demolition would have. In its response, the Viking Ship Museum informed of the forthcoming design competition, where participants are asked to demonstrate their competence and experience regarding Climate Change Adaptation, that funding for the full project is still pending, its inability to comment on the walkway taking into account the competition, and that a LCA analysis is part of the tender requirements. 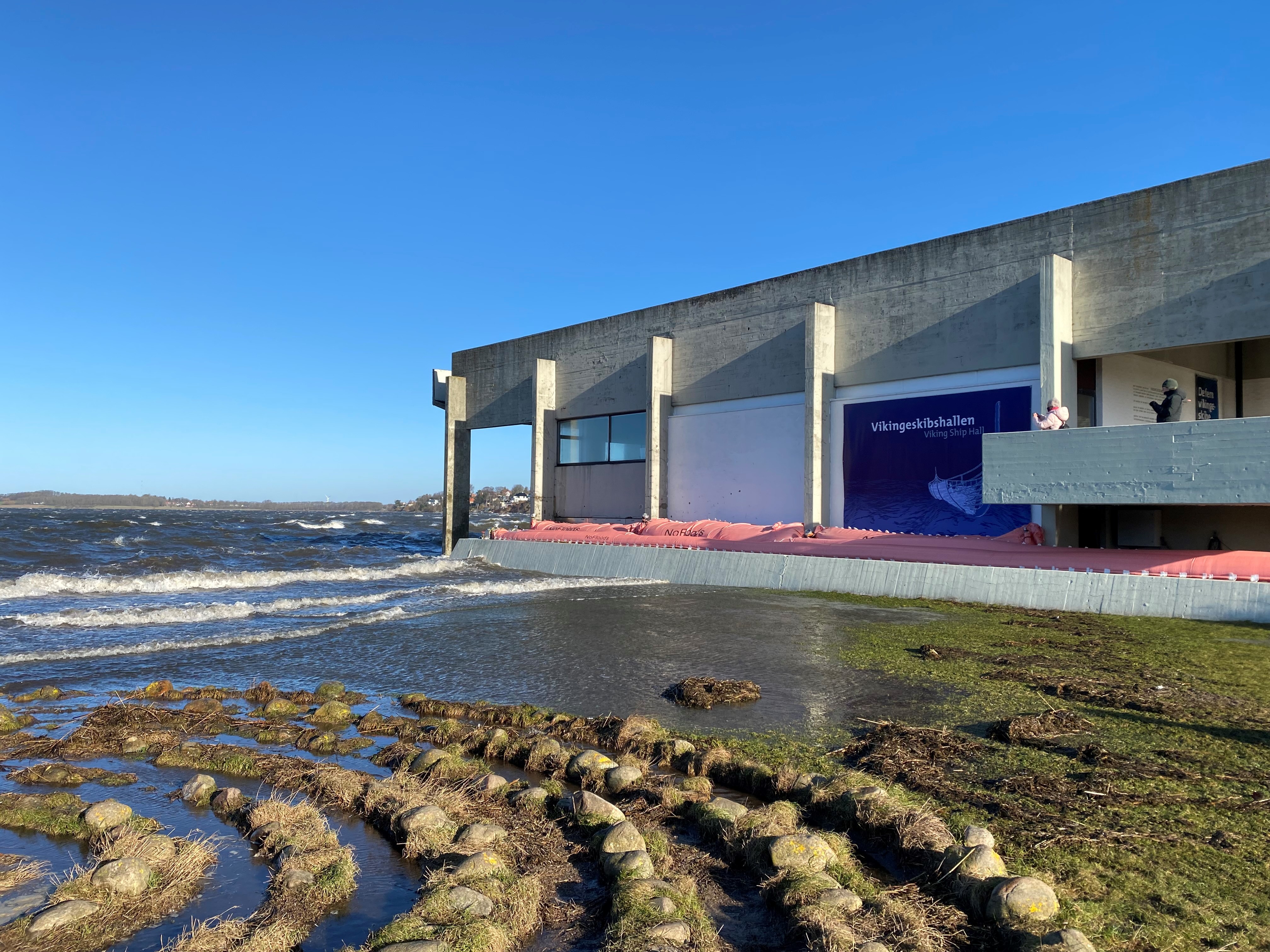 ICOMOS, through ISC20C and ICOMOS Denmark, will attend the public meeting announcing a design competition for the new museum complex on  26 September 2022 and closely follow the outcomes of the competition. ISC20C experts continue to stand ready to provide their knowledge and experience to achieve the thoughtful stewardship of the Viking Ship Museum.

Article about the The Royal Danish Academy - Architecture, Design, Conservation workshop in January 2020 (in Danish)

The International Scientific Committee on Twentieth Century Heritage (ISC20C) has released an International Heritage Alert regarding the threatened demolition of the Viking Ship Hall in Roskilde, Denmark.

Vikingeskibshallen (The Viking Ship Hall) is a masterwork of modern Danish architecture. It is a unique structure that creatively integrates museum, setting and archaeology in a way that transcends historic definitions. The Viking Ship Hall was built in 1967-68 and was the first late modern building to be listed for protection in Denmark in 1998.

Following dramatic floods in 2013 and a subsequent escalation of structural decay issues, the Viking Ship Hall became the subject of unusual political and public debate. It was used to prompt a significant change in the Danish heritage law that weakens the protection of listed modern buildings.

On 30th August 2018, the Danish Minister of Culture, Mette Bock, against the advice of her own experts’ and the advice of the department of culture, decided to delist the building. As a consequence, the Roskilde Viking Ship Museum, which owns the building but not the ships, has sent a letter to the Cultural Affairs Committee of the Danish Parliament officially stating that the museum now intends to demolish the building and build a new one. ISC20C and all Danish heritage organisations consider this an alarming and unnecessary loss of one of the most internationally significant modern buildings in Denmark.

ISC20C appeals for the preservation of the Viking Ship Hall, stressing that the structural issues and the climate conditions of the building site are not unique and can be addressed. The investment and the effort to preserve architectural masterpieces in concrete are widely supported and achieved in many places around the world. ISC20C appeals for immediate action to preserve the Viking Ship Hall as an internationally outstanding architectural ensemble that has significant future large socio-economic potential.

You can download the documents related to the Viking Ship Hall alert below:

Letter of Appeal to Danish Government

Letter of the International Union of Architects