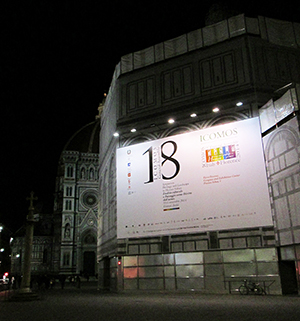 The new ICOMOS Statutes adopted in November 2014, foresee an annual General Assembly that takes place on the same occasion as the annual Advisory Committee meeting.

The agenda of the annual General Assembly focuses on: receiving the reports of the ICOMOS President and Treasurer on the management by the Board and the health and financial situation of the association; and approving the annual report and accounts and discharging the Board, as well as voting next year’s budget.

All other matters such as adoption of doctrinal texts, elections of the Board and officers, conferring of Honorary membership, voting the ICOMOS General Programme and budgetary guidelines for the next triennium, as well as proposing resolutions for adoption by ICOMOS continue to be dealt with by the triennial General Assembly.