ICOMOS is ready for WUF10! 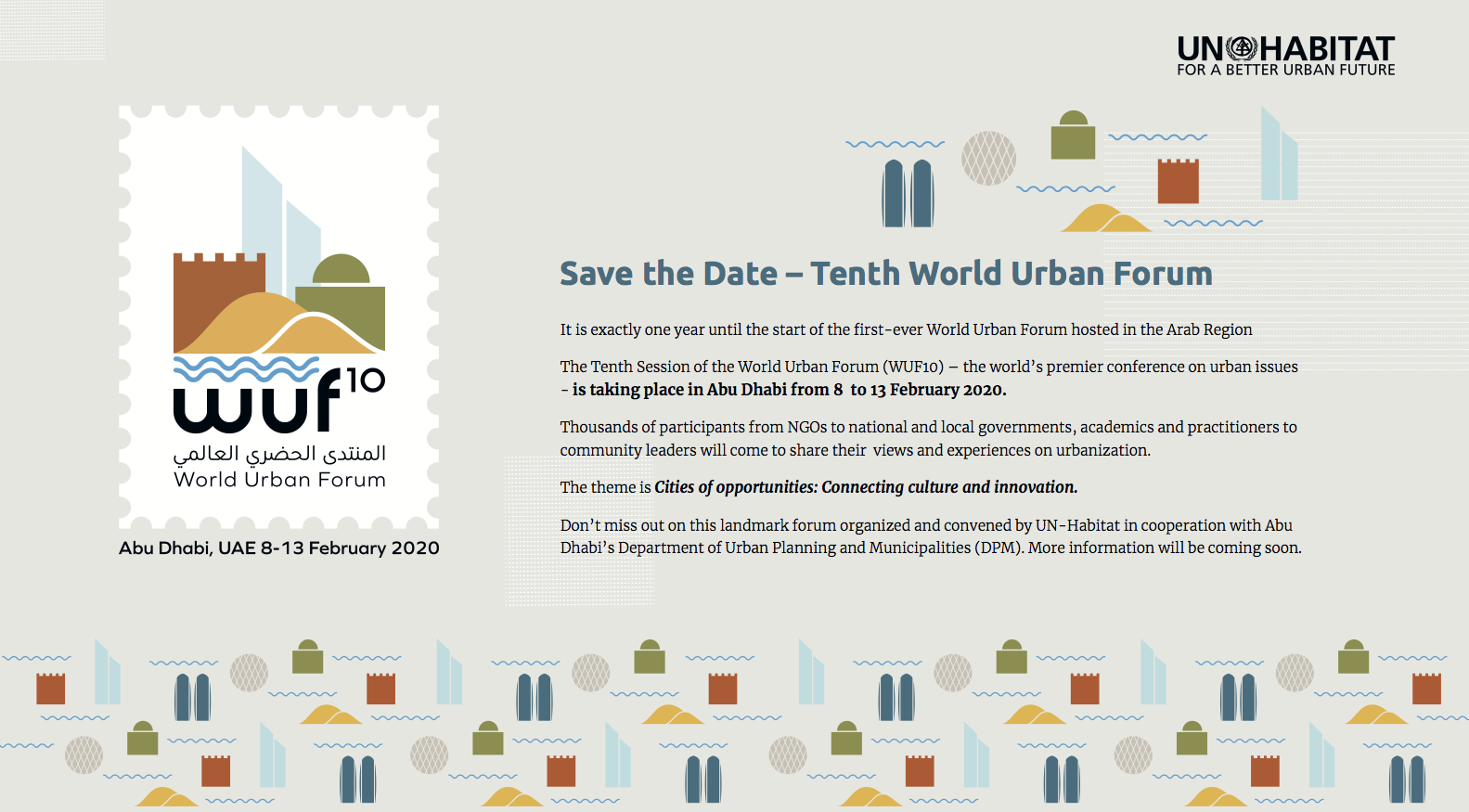 The International Council on Monuments and Sites (ICOMOS) will have a  strong presence at the 10th Session of the World Urban Forum (WUF10), to be held in Abu Dhabi, UAE from 8 to 13 February, 2020. Convened by UN-Habitat, the biennial World Urban Forum is the foremost international gathering for exchanging views and experiences on sustainable urbanization; this year, the WUF theme is 'Cities of opportunities - Connecting Culture and Innovation'.

Responding to this unique opportunity to raise the profile of cultural heritage in the urbanism community, ICOMOS will be represented both institutionally and through the diverse roles played by its participating members, such as coordinator/member of the Climate Heritage Network (CHN), the ICOMOS Climate Change and Heritage Working Group (CCHWG) and the ICOMOS Sustainable Development Goals Working Group (SDGWG).

The Climate Heritage Network, coordinated by the ICOMOS CCHWG, will be particularly active, with a suite of sessions including a Networking Event, Special Session, a Planners 4 Climate Action training events and others. Click here for more detailed information on CHN activities.

The ICOMOS SDGs Working Group will also have a chance to showcase some of its activities related to urban heritage and sustainability, in particular through its collaboration with United Cities and Local Governments (UCLG), which includes the report “Culture in the Implementation of the 2030 Agenda”, jointly prepared by ICOMOS, UCLG, the International Federation of Library Associations (IFLA) and other members of the Culture 2030 Goal Campaign Network.

Here is a list of WUF10 events, either organised by ICOMOS working groups or with contributions from ICOMOS members :

- Saturday, February 8: World Assembly of Local and Regional Governments, where Peter Phillips will be taking the floor as respondent in the 1st Roundtable on "The role of urban and territorial policies in preserving cultural heritage"

- Monday, February 10: Networking Event 59, "Culture2030goal: Strengthening the global platform on culture and the SDGs", organized by UCLG, with Ege Yildirim among speakers

- Monday February 10: “Culture and innovation in buildings – for a world below 2°C.”, Andrew Potts among speakers.

- Tuesday, February 11: Dialogue 3 on “Tradition and Modernity: A creative convergence for sustainable cities”, with Julianne Polanco and Ege Yildirim among speakers

- Tuesday, February 11: Networking Event 105, "Worldwide Cultural Institutions Between Universal and Territorial" organized by the French Ministry of Culture, with Ege Yildirim among speakers

- Throughout WUF10, ICOMOS member Donovan Rypkema and his colleagues at Heritage Strategies International will participate in the WUF10 Urban Expo, at booth H9-32.

- Also, Eric Huybrechts will represent the L'Institut Paris Region, Jeff Soule the American Planning Association, and Amel Chabbi the Abu Dhabi Department of Culture and Tourism, which will have their own events during the Forum. 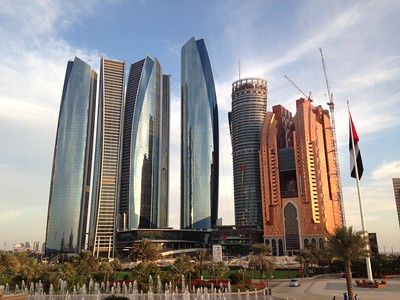 Last but not least, ICOMOS is set to deepen its partnership with UN-Habitat on the occasion of WUF10, through a Memorandum of Understanding to be signed during the Forum, creating a wide framework for collaboration between the two organizations, targeting (a) Policy inputs on urban heritage in global and local guidelines, legislation, plans and projects; (b) Knowledge on the relation between culture/heritage and cities/territories; (c) Active partnership within existing UN-Habitat frameworks; (d) Pilot joint projects on customizable solutions for heritage conservation; (e) Monitoring processes and data on heritage management.

We hope you can catch some of the exciting WUF10 events online- WUF proceedings will be livestreamed at UN Web TV.