As a global non-governmental organization associated with UNESCO and working to promote the conservation, protection, use and enhancement of cultural heritage sites through creation of knowledge and advocacy, ICOMOS has been closely engaged with the topic of sustainable development in recent years, having held major scientific events and issued policy documents to highlight the vital role of cultural heritage within the sustainable development process.

A major expression of this pursuit, the ICOMOS Concept Note on ‘Cultural Heritage, the UN Sustainable Development Goals [SDGs], and the New Urban Agenda [NUA]’ argues for “the positive integration of culture and cultural heritage into urban development plans and policies as a way to enhance sustainability of urban areas through heritage, in the context of Agenda 2030/ SDGs.”

Since the adoption of the United Nations Agenda 2030 for Sustainable Development (the post-2015 development agenda) in September 2015 and of the New Urban Agenda at Habitat III in October 2016, ICOMOS’s mission has shifted to the implementation of Agenda 2030- SDGs and the NUA from the perspective of cultural and natural heritage, within the framework of the ICOMOS mandate and collaboration with strategic partners. 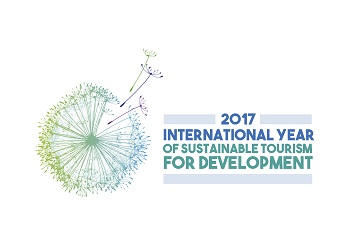 Click here to download the final version dated July 2017 of the ICOMOS Action Plan for ‘Cultural Heritage and Localizing the SDGs’, drafted as a roadmap for ICOMOS members and heritage advocates toward achieving implementation of the Sustainable Development Agenda at the national and particularly the sub-national (regional and urban) levels. The Action Plan sets forth our vision, mission and main principles, as well as a ‘toolkit’ or ‘menu’ of actions that can be taken under the three Action Areas of General Advocacy and Organizing, Localizing the Means of Implementation and Monitoring Implementation.

Click here to download the logo for Target 11.4, “Strengthen efforts to protect and safeguard the world’s cultural and natural heritage" under SDG11, to "make our cities inclusive, safe, resilient and sustainable”.

More on the New Urban Agenda