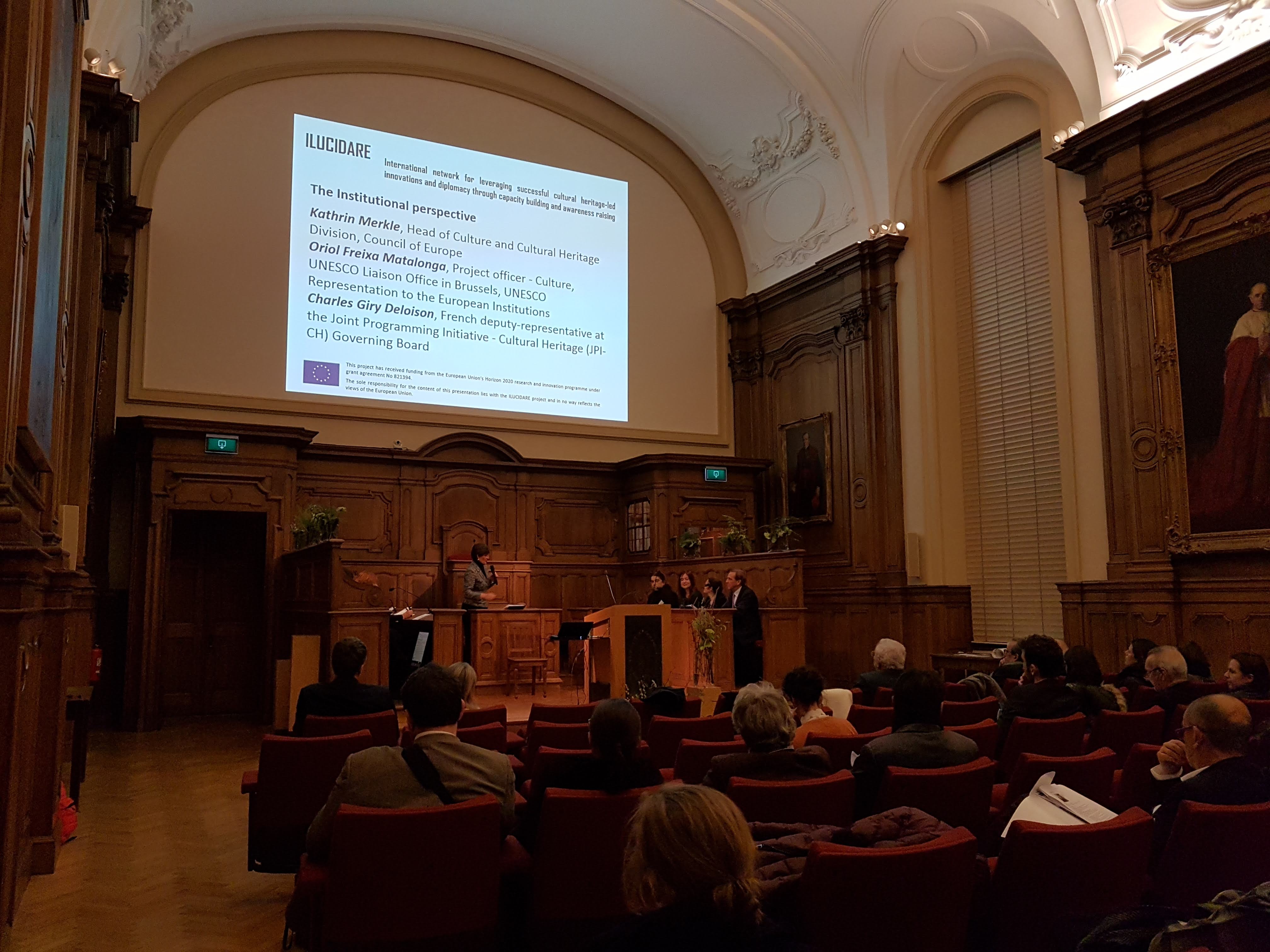 On 6 February, ICOMOS attended the Kick-off meeting of the project at the University of Leuven, who is consortium coordinator, which included an evening public networking event.

ICOMOS was represented by ICOMOS Board member and Vice President of ICOMOS Belgium, Teresa Patricio, as well as Gaia Jungeblodt, Director of the International Secretariat.

Over the coming weeks and months, and as we receive further information from the Consortium, we will further clarify the role of ICOMOS, and possible opportunities for the ICOMOS network in the project – including at the forthcoming ICOMOS Europe meeting.

We thank the University of Leuven, and its Raymond Lemaire International Centre for Conservation, as well as all the consortium members for giving ICOMOS the opportunity to participate in this stimulating project and to contribute to a debate that is so fundamental and transversal to the reflections of ICOMOS, and in particular its Scientific Committees.