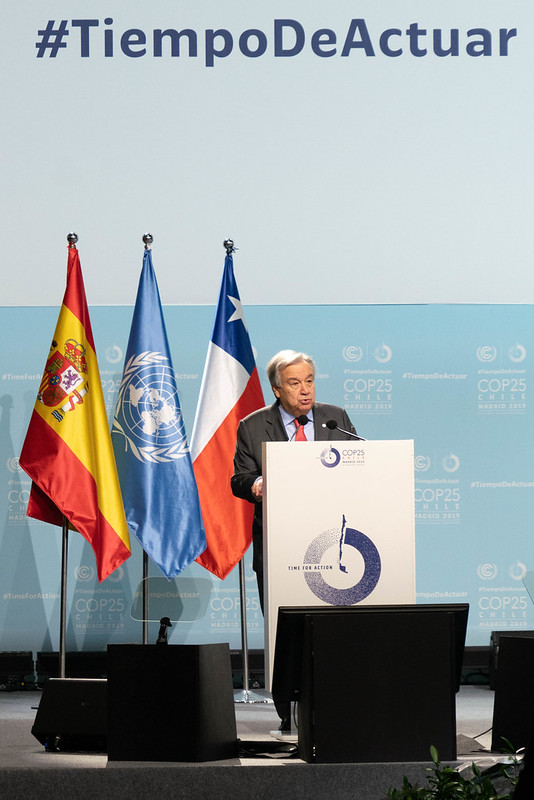 Monday (2 Dec) saw the opening in Madrid, Spain of the 25th meeting of the Conference of Parties to the UN Framework Convention on Climate Change (COP25). The 2-week long summit represents the year’s most concentrated period of climate policy work, making it a critical event for anyone concerned about climate change. ICOMOS will have a significant engagement at this year’s COP, strengthened by the release in July of its new report: “The Future of Our Pasts: Engaging Cultural Heritage in Climate Action.”

Enough wasted time: It is #TimeForAction

The summit comes at a crucial time. Unequivocal scientific evidence shows that unprecedented concentrations of greenhouse gases (GHGs), driven by human activities such as burning of fossil fuels and deforestation, are contributing to climate changes including warming of the oceans and atmosphere, sea level rise and diminished snow and ice. The impacts of these changes are already damaging infrastructure, ecosystems, and social systems – including cultural heritage – that provide essential benefits and quality of life to communities.
In 2015, the nations of the world signed the Paris Agreement, committing themselves to keeping the increase in global average temperature to “well below 2 °C above pre-industrial levels.” A 2018 report of the Intergovernmental Panel on Climate Change confirmed that warming would need to be limited to 1.5°C in order to avoid or make significantly less severe the impacts of climate change. Achieving the reduction in GHG emissions needed for this would require rapid and far-reaching transitions in the way we use land, energy, industry, buildings, transport, and cities, this IPCC said.
Cultural heritage takes a stand

After the Paris Agreement was signed, nations were given five years in which to set out bolder climate action. Current targets expire in 2020. At next year’s November COP26 in Glasgow, nations will be asked to submit new climate plans known as Nationally Determined Contributions (NDCs). It is imperative that Madrid lays the groundwork for more ambitious NDCs. The ICOMOS message to COP25 is clear: the world cannot afford to let cultural heritage’s immense potential to drive climate action and support just transitions by communities towards low carbon, climate resilient futures go untapped if we are to achieve the Paris Agreement’s temperature goals.
ICOMOS’s presence in Madrid has been enabled through a partnership with the International National Trust Organisation (INTO), which has a long history of engagement with the UN’s climate negotiations. These groups have in turn partnered with Global Ecovillage Network to support an official UNFCCC side event on 6 December entitled “Essential Climate Solutions: The Power of Culture, Nature and Community-led Development in Response to the Climate Emergency.” The partners will also put on a 2-day exhibit on 4-5 December called “Communities and Culture: Critical for Transformative Climate Action.”
How does ICOMOS commit?

In October ICOMOS agreed to serve as the Secretariat for the newly created Climate Heritage Network (CHN). The Climate Heritage Network was launched by over 70 arts, culture and heritage organizations from around the world committed to emphasizing the role arts, culture and heritage can play in achieving the ambitions of the Paris Agreement. ICOMOS national committees are encouraged to join the CHN and several have done so already. 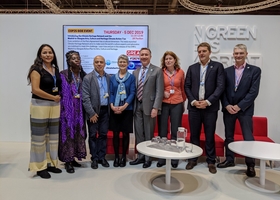 Working with other CHN members like Historic England and Historic Environment Scotland, ICOMOS is helping to execute a series of CHN interventions at COP25. [update 5 December 2019] On 5 December, during a side event in the UK Pavilion, the CHN’s new Madrid-to-Glasgow Arts, Culture and Heritage Climate Action Plan has been unveiled. ICOMOS will be playing an active role in the work of the Action Plan. (see also the press release on this occasion)

Another CHN event in the EU Pavilion will explore how Europe’s arts, culture & heritage sectors are mobilising to support implementation of the climate change cluster in Europe’s new Framework for Action on Cultural Heritage to address the Climate Emergency declared by last week by the European Parliament.
ICOMOS will also be attending a host of other events during the first week of COP25. These include sessions on accelerating climate adaption, tourism and climate change, Indigenous Peoples, and endogenous capacities as climate change technology. The Climate Heritage Network has compiled a list of many of the COP25 events touching on some aspect of arts, culture or heritage, which can be accessed here.

The first week of COP25 will be punctuated by a global climate strike which has been called for 6 December as part of the Fridays For Future movement. Week 2 of COP25 will bring a number of additional sessions including an important event on 11 December organized by ICOMOS Spain. Watch for subsequent blog posts for more news on these events and follow @ClimateHeritage and #ClimateHeritage for real time updates from Madrid.

Report The Future of Our Pasts: Engaging Cultural Heritage in Climate Action.