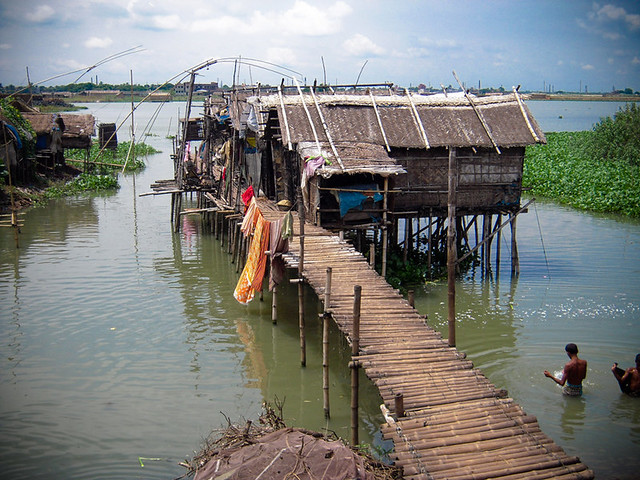 imate change has become one of the most significant and fastest growing threats to people and their cultural heritage worldwide. ICOMOS embraces a two-pronged approach to the issue that emphasizes both responding to the risks that climate change poses to cultural heritage and also championing heritage as a source of resilience and an asset to climate action, whose potential is unlocked through better conservation and management of the world’s tangible and intangible cultural resources.

In 2017 the ICOMOS General Assembly meeting in Delhi, India adopted Resolution 19GA 2017/30 welcoming the adoption of the Paris Agreement and committing the organization to mobilizing the cultural heritage community for climate action. The Resolution encouraged cultural-based solutions to achieving rapid and deep reductions in Greenhouse Gas emissions, as well as to climate change adaptation, with a focus on vulnerable communities and ecosystems. It also called for enhanced understanding and action with respect to loss and damage as well as for solidarity with those most impacted by, or least able to bear the cost of, climate change to enable them to safeguard their heritage in the face of a changing climate.

ICOMOS expertise in support of action against climate change

The ICOMOS Climate Change and Heritage Working Group (CCHWG) in charged with helping to address cultural heritage and climate change. The CCHWG is made up of 26 expert members drawn from North and South America, Africa, Europe, Asia and the Pacific representing a broad array of culture-related disciplines and backgrounds as well climate science expertise. The CCHWG also supports work on climate change by ICOMOS national committees across the world as well as by the ICOMOS network of international scientific committees and working groups.

In July 2019 the CCHWG issued its report “The Future of Our Pasts: Engaging Cultural Heritage in Climate Action.”The report found that cultural heritage offers immense and virtually untapped potential to drive climate action and support ethical and equitable transitions by communities towards low carbon, climate resilient development pathways. Realizing that potential, however, requires both better recognition of the cultural dimensions of climate change and adjusting the aims and methodologies of heritage practice.

Using the “Future of Our Pasts” report as a guide, ICOMOS’s work on climate change and culture heritage includes:

Report The Future of Our Pasts: Engaging Cultural Heritage in Climate Action.