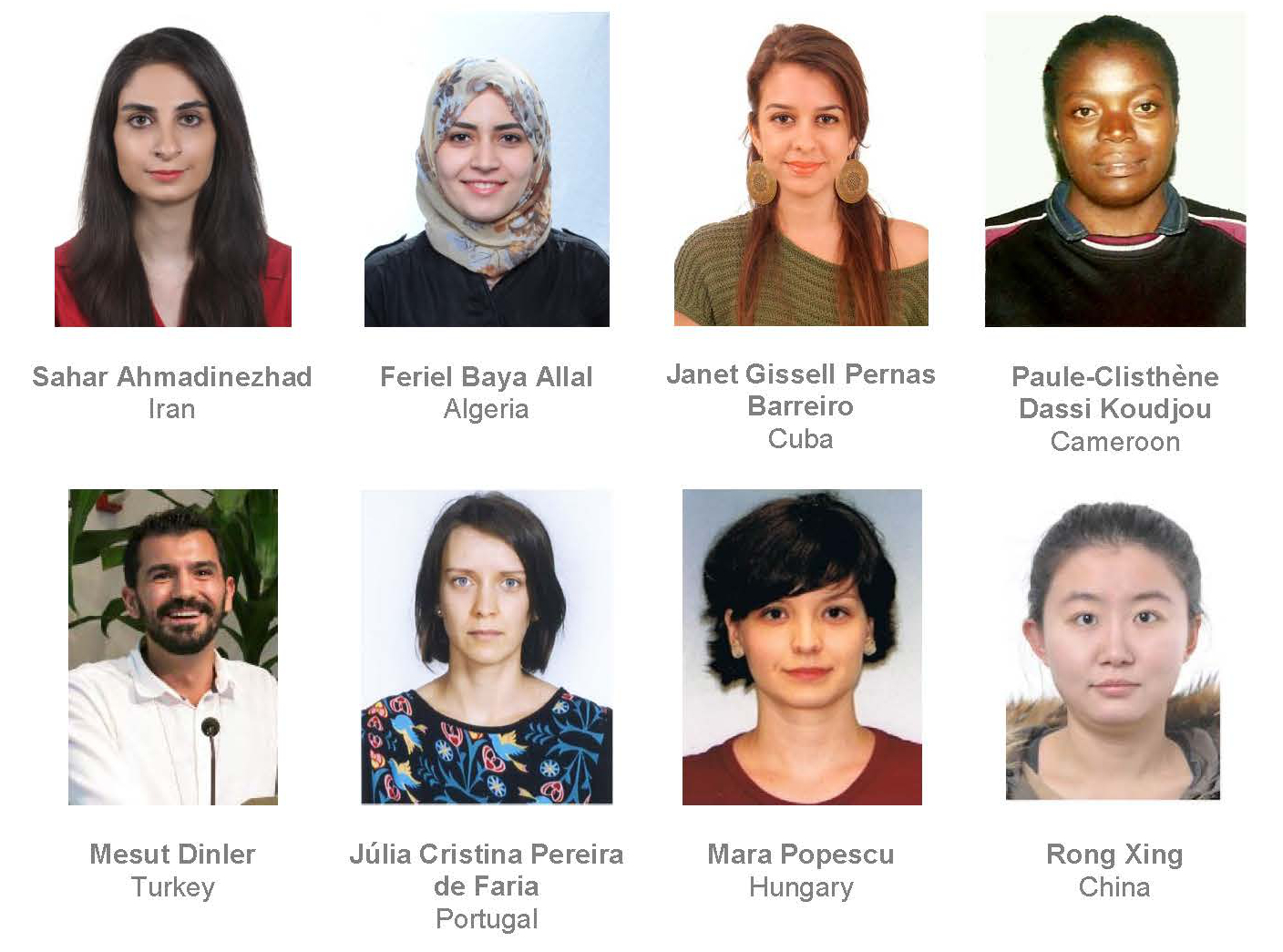 The Raymond Lemaire Fund, named after ICOMOS’ first Secretary General, aims to encourage young heritage students and professionals to develop their skills through training and to welcome them within ICOMOS. It is administered by the ICOMOS International Secretariat, under the supervision of the ICOMOS Board.

In July 2015, the Fund awarded its first scholarships to 8 laureates across all world regions. Due to the high quality and number of applications received, the Selection Committee faced a very difficult choice among so many worthy and inspiring candidates. This year’s laureates will receive a grant ranging between 500 to 1500 €, two years free ICOMOS membership and personal mentoring by a senior ICOMOS member in their field.

In 2015, Ms Ahmadinezhad obtained her Master of Arts in the Restoration of Cultural Relics from Islamic Azad University in Tehran with a thesis on the conservation and restoration of Khorheh Archaeological Site. In recent years she worked as a volunteer on conservation projects at the National Museum of Iran and the Golestan Palace World Heritage site

The Raymond Lemaire Fund scholarship will support her participation at the 7th International Conference on Contemporary Problems of Architecture and Construction, organized in November 2015 by the Romualdo del Bianco Foundation in Florence, Italy, where she will present a paper on “Developing OUV- based management plans for Iranian heritage sites in urban and rural areas, case study: World Heritage vision plan for the historic site of Khorheh”.

Currently studying to obtain her Master 2 in Architecture (specialising in Heritage) at the Université des Sciences et de la Technologie Mohamed Boudiaf in Oran, Ms Allal has for the past three years been involved as a volunteer, and now Bureau member, with the Association “Bel Horizon” which works in favour of the safeguarding and rehabilitation of Oran’s cultural and natural heritage. In that capacity she is member of the Steering Committee for the rehabilitation of the Casbah of Oran.

The Raymond Lemaire Fund Scholarship will support Ms Allal in her project to attend a training internship at the conservation department of the Institut National du Patrimoine (INP) in France, in January 2016 (subject to confirmation).

Holding a Master’s degree in Archaeology and Heritage Management from the Université de Yaoundé I, Ms Dassoudjou is the volunteer manager of the Case patrimoniale (Community museum) of the Batoufam Chiefdom since 2013. In this capacity, she is supervising the restauration of the “Grande case du peuple” symbol of the autonomy of the Batoufam. The building and most of the exhibits are made with local materials: raffia bamboo, wood and straw (thatch), which are very fragile.

The Raymond Lemaire Fund scholarship will support Ms Dassoudjou in attending a course at the Institut National du Patrimoine (INP) in France on the conservation and maintenance of wood, wooden and non-wooden materials (January/March 2016 – to be confirmed).

Mr Dinler holds a M.Sc. in the Conservation and Restoration of Historic Monuments and Sites from the Middle East Technical University in Ankara and is currently pursuing a Ph.D. degree at the Architectural and Landscape Heritage Program of the Politecnico di Torino, Italy (research focus: the relationship between ideology and praxis of conservation from the 1960s onwards in the Turkish context). He has worked as a teaching assistant at the Restoration Department of the Mimar Sinan Fine Arts University in Istanbul. He gained internships both with US/ICOMOS and the Getty Conservation Institute.

The Raymond Lemaire Fund scholarship will support him in attending the Third Biannual Conference of the Association of Critical Heritage Studies (ACHS) organised in Montreal, June 2016.

Ms de Faria holds a Master’s degree (Integrated Master of Architecture and Urban Design) from the Escola Superior Gallaecia in Portugal and is currently studying for a Ph.D. in Studies and Intervention on Architectural Heritage, at the University of Alcalá, in Spain, where she is also working as a research assistant on an Industrial Heritage research project.

The Raymond Lemaire Fund scholarship will enable her to attend the 14th International Conference on Studies, Repairs and Maintenance of Heritage Architecture (STREMAH 2015), organized by the Wessex Institute of Technology (UK) in A Coruña, Spain, in July 2015, where she is presenting a paper on her Master’s research “Portuguese Castles: the territory and the community”

Ms Pernas Barreiro graduated in History of Art from the University of Havana and is now pursuing a Master’s degree in the Conservation Sciences of Built Heritage at the Havana School of Architecture. At the same time she works at the Cuban National Council of Cultural Heritage, which is in charge of the listing of heritage buildings.

The Raymond Lemaire Fund scholarship will support her participation at the First Encounter of ICOMOS Latin-American Scientific Committees on 20th Century Heritage, taking place in Buenos Aires, in September 2015. Ms Pernas Barreiro will present her Master’s research on the industrial heritage of food industries from the first half of the 20th Century in Havana.

Ms Popescu holds a Master of Arts in Architecture from the University of Architecture and Urban Planning “Ion Mincu”, in Bucharest, Romania, where she is now pursuing a Ph.D. on the subject of vernacular architecture, from
“tradition and innovation, protection and its conservation, towards an extraction of its essence and implementation of its principles of sustainability in the contemporary architecture”. She has worked as a volunteer at the Romanian National Commission for UNESCO (Culture Subcommittee) and also became an ICOMOS member.

Ms Rong holds a Master’s degree from the Institute of Architecture History and Theory, School of Architecture at Tianjin University. She is now pursuing a Ph.D. also at Tianjin University and is working on the National Science Fund Project---“The Comprehensive Research of the Architecture Family Yangshi Lei in the Qing Dynasty and its Archives" – where she is in charge of architectural history research to clarify the evolution and the production process of interior decoration in the Qing Dynasty, through examination of the Yangshi Lei Archives.

The Raymond Lemaire Fund scholarship will enable Ms Rong to present this research work at the East Asian Architectural Culture Conference (EAAC) “Practical History: History in Practice and Practice in History during the 21st Century" in South Korea, November 2015.