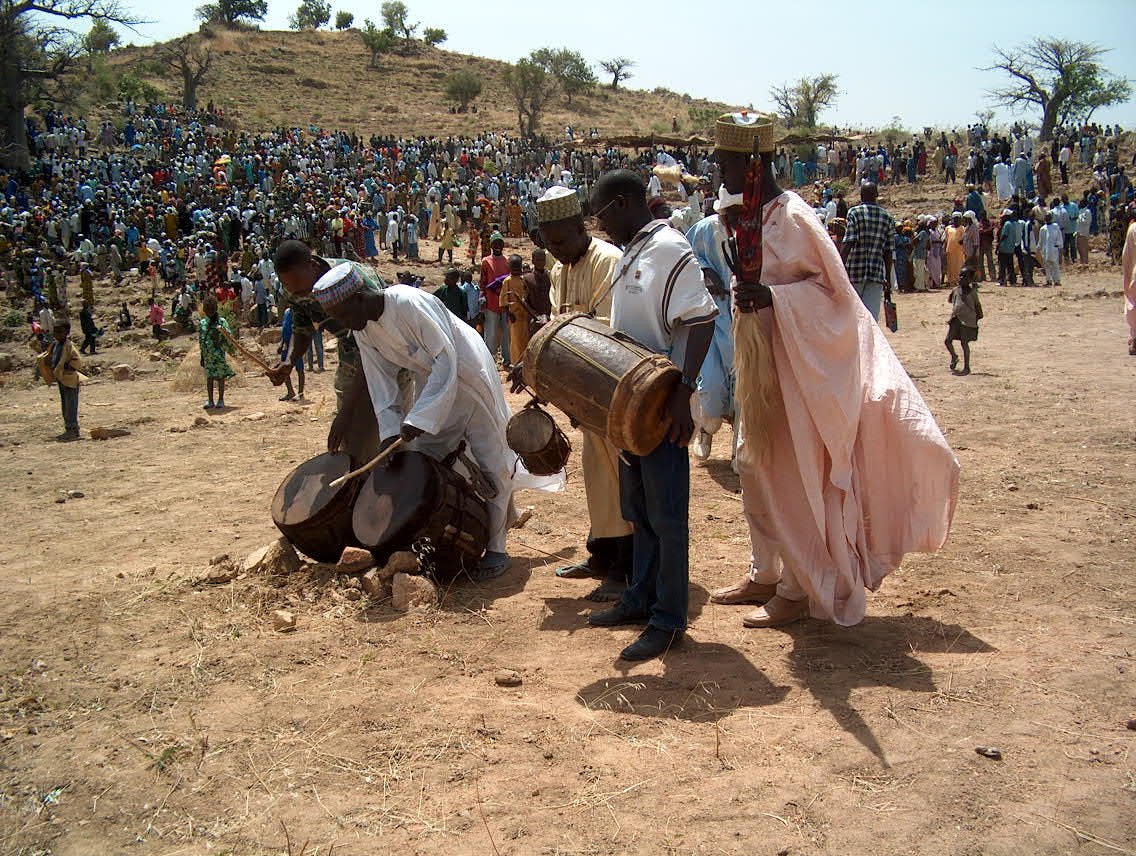 ICOMOS is pleased to share the results of an exciting project focusing on building capacities and assessing the climate vulnerability of African UNESCO World Heritage properties. The Values-based Climate Change Risk Assessment: Piloting the Climate Vulnerability Index for Cultural Heritage in Africa (CVI-Africa) project was piloted by a global team of institutions in Africa and the United Kingdom, including ICOMOS, Queen’s University Belfast, The University of Highlands and Islands, Historic Environment Scotland and the African World Heritage Fund.

The CVI-Africa project provided foundational training in vulnerability assessment to six African heritage professionals from Cabo Verde, Kenya, Nigeria, Tanzania, Tunisia and Uganda. It also applied the Climate Vulnerability Index (CVI) at two World Heritage properties: the Sukur Cultural Landscape in Nigeria and the Ruins of Kilwa Kisiwani and Ruins of Songo Mnara in Tanzania. The CVI is a systematic methodology for assessing the vulnerability of the Outstanding Universal Value of World Heritage sites to climate change. The CVI was applied at two workshops that took place in September and October 2021 in Nigeria and Tanzania. Each workshop brought together local and national experts, stakeholders and international partners. The results of the workshops have now been published on the project website and in the ICOMOS Open Archive. While both properties are located within very different geographical contexts, results indicate that both are vulnerable to the future impacts of climate change. These range from increased precipitation and changes in weather patterns to rising sea levels. Both sites also show considerable adaptive capacity, which will likely protect key values in the short to medium term. The longer-term projections are less certain.

“Climate change is already resulting in the loss and damage of cultural heritage sites across Africa” said Dr Will Megarry of Queen’s University Belfast, the project’s lead investigator and Climate Change Focal Point at the International Council on Monuments and Sites. “This loss is not limited to historical and archaeological buildings and places, it is also impacting communities and their cultural traditions. How those who care for Africa’s cultural heritage respond to the threat of climate change has profound implications for the resilience of the broader community” Dr Jane Downes from the University of Highlands and Islands added, “The CVI-Africa project has worked closely with heritage professionals and researchers from across the continent to better understand this ongoing challenge by identifying the degree of vulnerability and building a foundation for future adaptation and conservation strategies”.

The project findings confirm the conclusions of the Africa Chapter of the IPCC Sixth Assessment Report on Impacts, Adaptation and Vulnerability. This notes that African cultural heritage is already at risk from climate hazards, including sea level rise and coastal erosion and that ‘most African heritage sites are neither prepared for, nor adapted to, future climate change’. Decisions on conservation and preservation of cultural heritage in the face of climate change begin with a detailed understanding of a place's vulnerability. Dr Albino Jopela of the African World Heritage Fund, a co-investigator on the project, said: “Despite the intensifying threat, there remains a lack of attention to the cultural dimensions of climate change and this is especially true across the African continent. The CVI-Africa project has helped to fill this gap”.

The global team also included the Climate Heritage Network (CHN), for which ICOMOS serves as the Secretariat, as well as Historic England, the International National Trusts Organisation (INTO) and the Union of Concerned Scientists (UCS). National partners included the Tanzanian Ministry of Natural Resources and Tourism, National Museums Tanzania, Nigerian National Committee of the International Council on Monuments and Sites (ICOMOS Nigeria), Nigerian National Commission for Museums and Monuments (NCMM) and the American University of Nigeria (AUN).

The project also further developed tools to undertake vulnerability assessments elsewhere. "The novel aspects of the CVI workshops in Tanzania and Nigeria and the training course will benefit future CVI work and have added to the diverse range of successful applications around the world", said Dr Scott Heron of James Cook University (Australia) who, together with Dr Jon Day, developed the CVI. Another outcome of the CVI-Africa project was the installation of some weather measuring equipment at  the Sukur Cultural Landscape, through the leadership of a participant at the in-country workshop. Project partners in Nigeria hope to further raise funds to fully equip the station. The CVI-Africa project team is hopeful that this seed will support communities in their efforts to safeguard cultural heritage, respond to climate change and seek sustainable development options.

The CVI-Africa project was made possible through a generous grant awarded by the UK Arts and Humanities Research Council’s Global Challenges Research Fund. The grant was funded through a demonstration scheme arranged by the UK Department for Digital, Culture, Media & Sport (DCMS). The scheme contributes to the development of a longer-term UK Overseas Development Assistance (ODA) funded workstream, to respond effectively to climate change impacts on cultural heritage focused on developing countries.

Download "Application of the Climate Vulnerability Index for the Ruins of Kilwa Kisiwani and the Ruins of Songo Mnara, Tanzania" on ICOMOS Open Archive