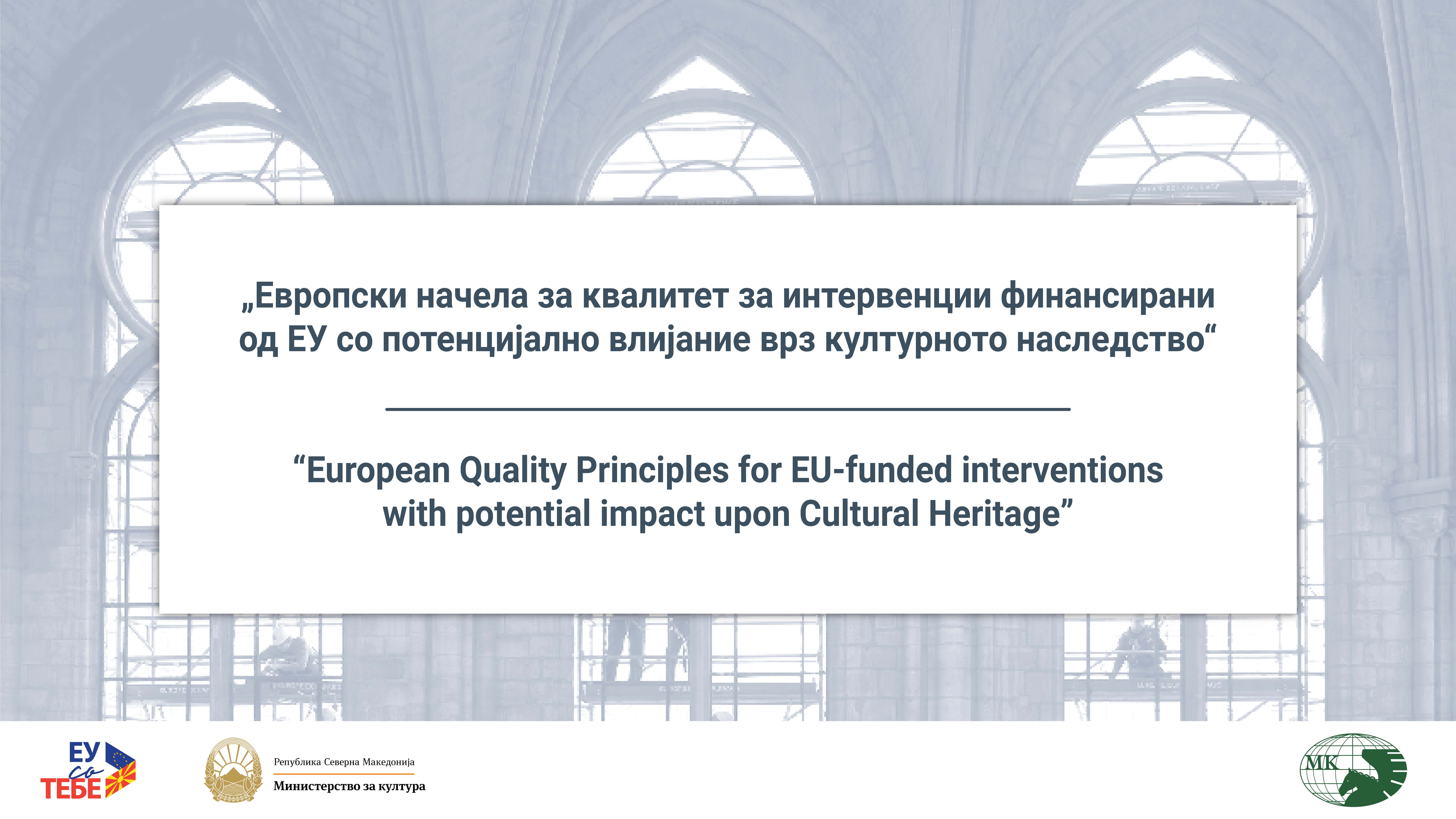 On 20 May 2022, the Macedonian translation of the ICOMOS document "European Quality Principles for EU-funded Interventions with Potential Impact upon Cultural Heritage" was promoted at the Europe House in Skopje, in the presence of government officials, diplomats, conservation experts and cultural heritage enthusiasts.

The event was organised by ICOMOS Macedonia, in cooperation with the Delegation of the European Union in Skopje and with the support of the Macedonian Ministry of Culture.

The meeting was attended by the EU Ambassador to Skopje, Mr. David Geer, the Minister of Culture, Ms. Bisera Kostadinovska-Stojchevska, who both gave their opening remarks, supporting the Quality Principles and ICOMOS Macedonia's work. The event was also attended by representatives of national heritage institutions, Ministries of Culture and Local-Self Government, participants and managers of EU-financed projects, representatives from the embassies of Spain and Romania in Skopje, among other international ICOMOS Members.

The EU Quality Principles document stems from the work of an expert group assembled by ICOMOS, under the mandate of the European Commission and in the framework of the flagship EU Initiative of the European Year of Cultural Heritage 2018, “Cherishing heritage: developing quality standards for EU-funded projects that have the potential to impact on cultural heritage”.

The main objective of the document is to provide guidance on quality principles for all stakeholders directly or indirectly engaged in EU-funded interventions that could impact on cultural heritage, mainly built heritage and cultural landscapes. Stakeholders cover European institutions, managing authorities, international organisations, civil society and local communities, the private sector, and experts.

Thanks to ICOMOS National Committees, the European Quality Principles are also available in the following languages:

To date, 31 Focal Points for Quality Principles have been appointed by ICOMOS European National Committees and they meet on a regular basis: the last meeting was on 3 May at the headquarters of ICOMOS, with the aim of discussing how to actively and effectively promote Quality Principles. 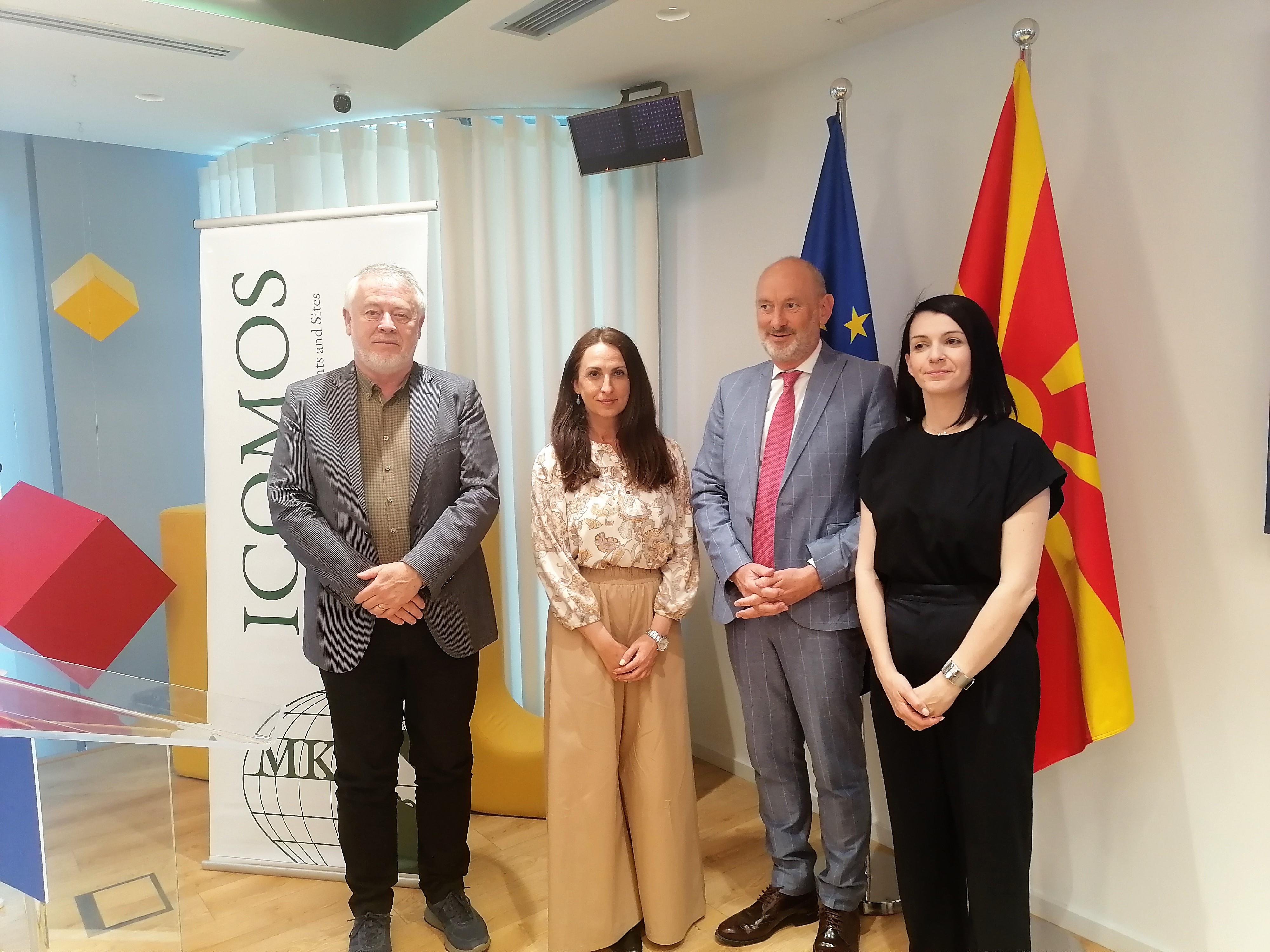 Discover more about the translations of the European Quality Principles