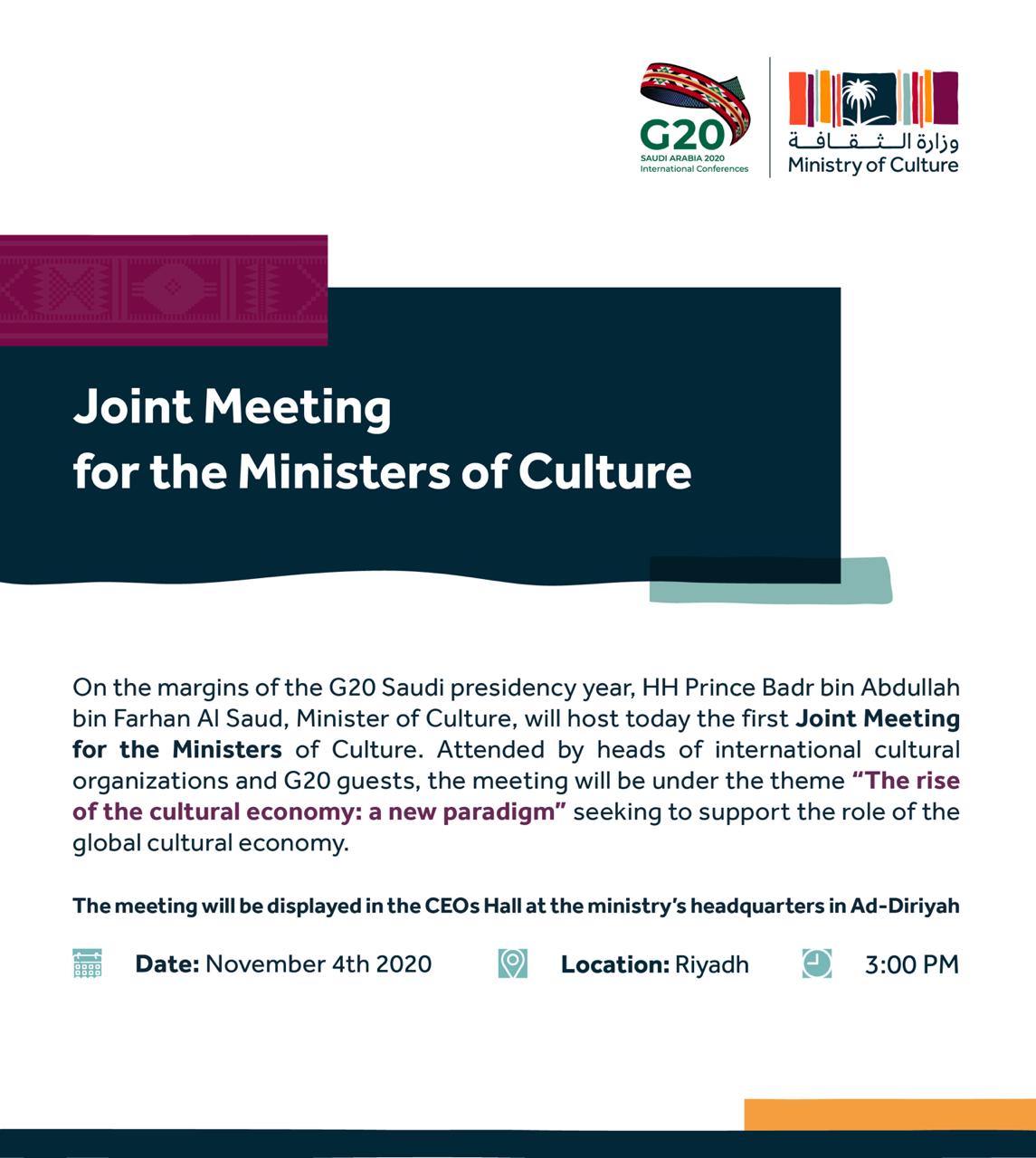 Toshiyuki Kono, President of ICOMOS, participated at the virtual “Joint meeting for the ministers of culture” held by the Saudi Ministry of Culture on the occasion of the G20 Summit hosted this year by Saudi Arabia on November 4.

Under the theme “The rise of the cultural economy: a new paradigm”, world ministers of culture and heads of international cultural organizations and NGOs met to discuss the importance of the global cultural economy, its impact on the world and how to help its growth.

This was the first time a meeting focusing on culture was held on the sidelines of the G20, thus recognizing the impact of the cultural sector on global economy.

One of the annoncements of the meeting was the creation of a world-class center dedicated to the management, restoration and protection of underwater cultural heritage. 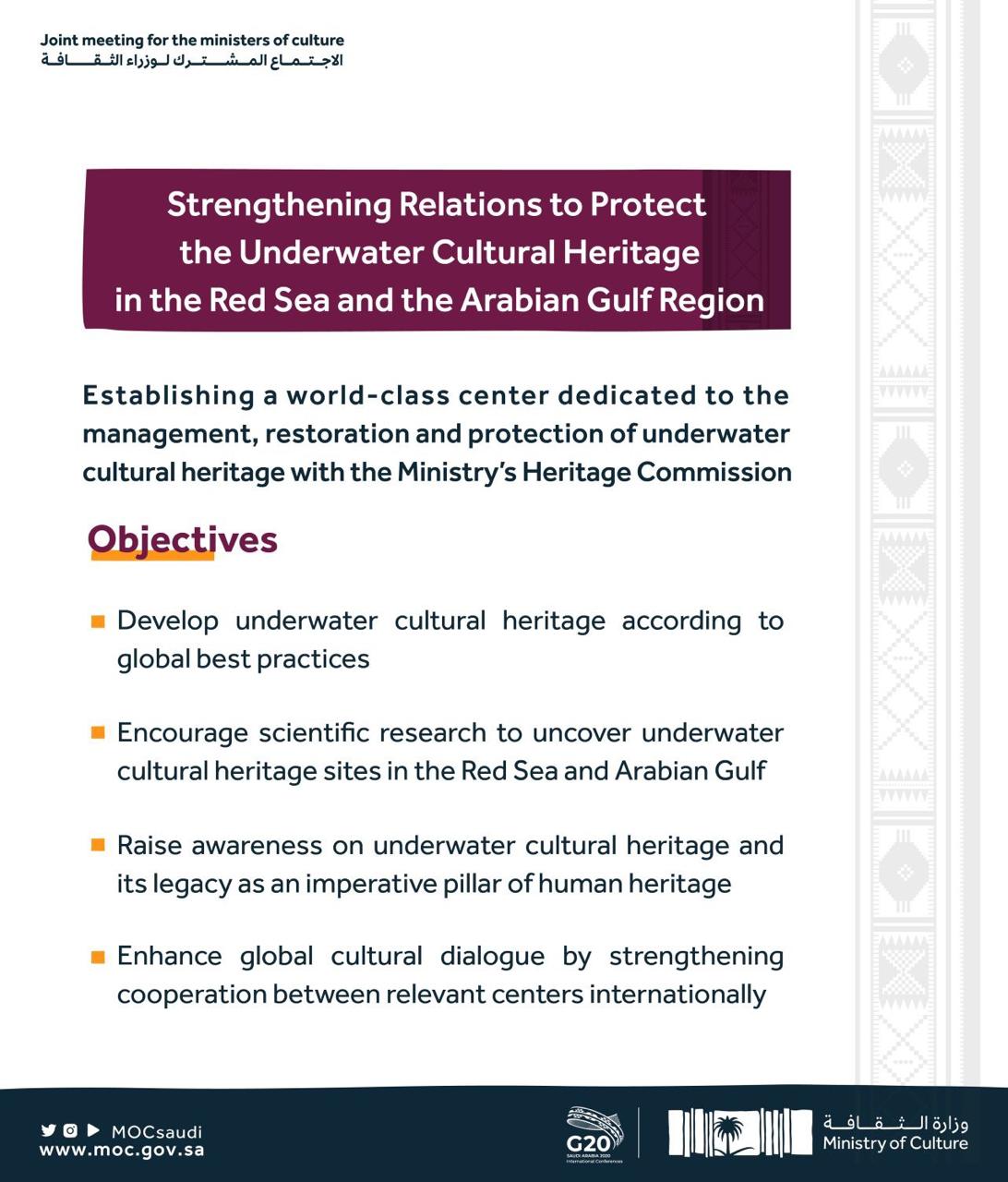 The ICOMOS International Committee on the Underwater Cultural Heritage (ICUCH)