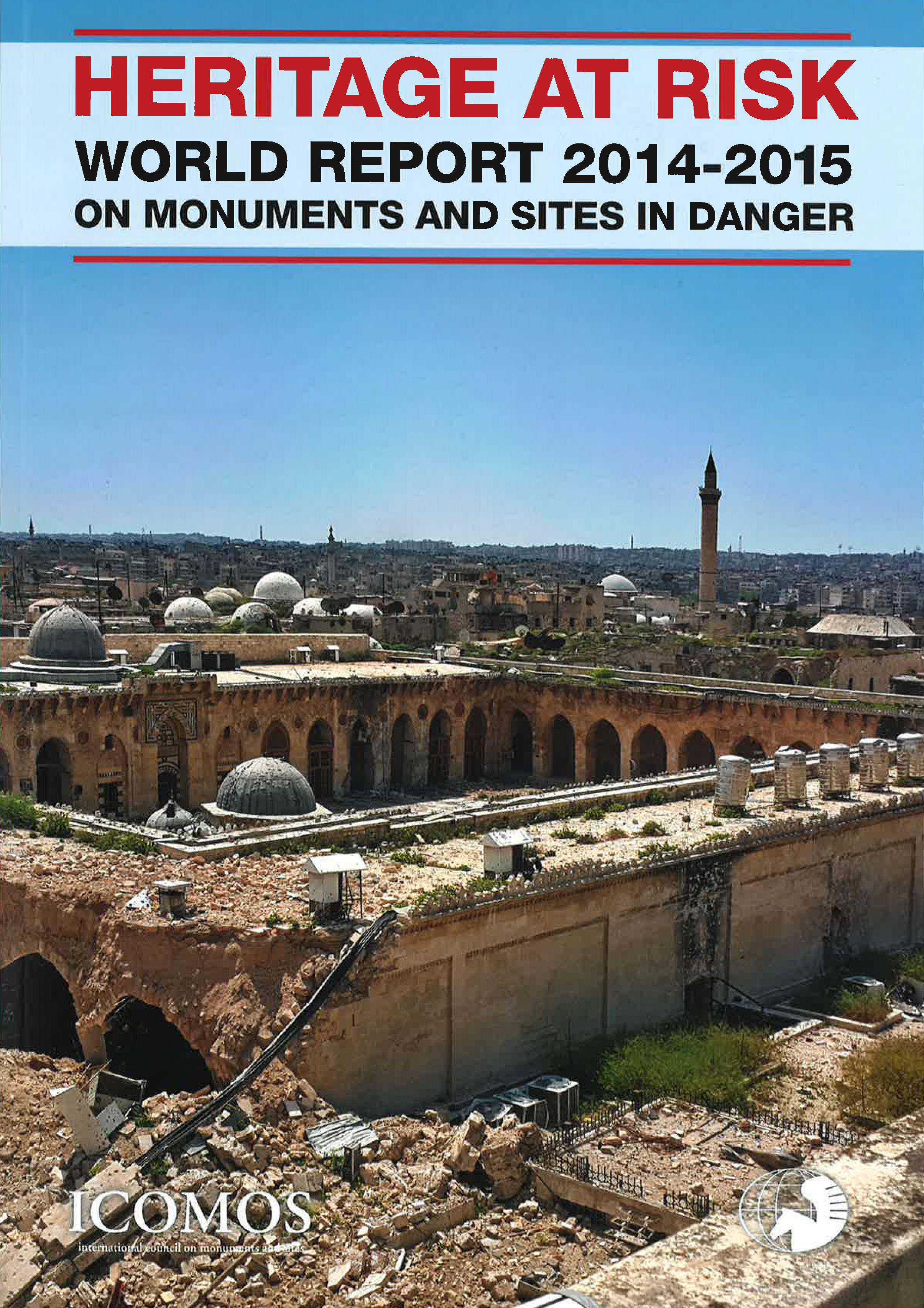 The "Heritage at Risk World Report 2014–2015 on monuments and sites in danger" is the latest volume of a series of World Reports first published in 2000. From a strictly preservation-based approach this publication series offers worldwide information about the dangers that are threatening our cultural heritage, in order to provide help in the case of risks and to promote practical measures to avert or at least allay these risks.

The Heritage at Risk Reports are also addressed to the world public as an urgent appeal to commit itself to saving our heritage. This new volume consists of contributions from ICOMOS national or international committees, but also, as usual, of thematic reports by individual experts and of quotations from different expertises, statements, articles and press releases. The analysis of the reports shows that, apart from the general risks to heritage from natural disasters and physical decay of structures, there are certain patterns in human activity endangering our heritage, e.g. risks from armed and inter-ethnic conflicts, from development, tourism.