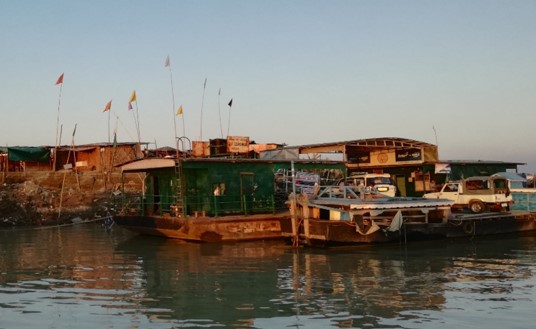 The ICOMOS Climate Action Working group was established in 2016 as the ICOMOS Climate Change and Heritage Working Group (CCHWG) and was initially formed to address three specific tasks. These were to a) Develop and coordinate ICOMOS inputs into the update of the 2007 World Heritage Committee “Policy Document on the Impacts of Climate Change on World Heritage Properties", b) Develop a draft global climate change organizational engagement program for ICOMOS, and c) Coordinating the drafting of a new ICOMOS Charter on Climate Change and Heritage. In 2019, the working group published The Future of our Pasts: Engaging Cultural Heritage in Climate Action report, which put forward a multi-disciplinary approach to cultural heritage, the report is intended for site managers, scientists, researchers, but also to climate activists and policy-makers.

The Working Group has now entered a new phase. In 2020, the ICOMOS General Assembly declared a Climate and Ecological Emergency. This called for ‘urgent collective action by all relevant actors to safeguard cultural and natural heritage from climate change… [and] calls on all the ICOMOS community to implement heritage responses to climate change’. In 2021, the Assembly endorsed an ambitions Triennial Scientific Plan which, for the first time, established the organization's research agenda around a single issue: Climate Change. The role of the Climate Action Working group is to support, equip and resource the ICOMOS community. With over 100 focal points in National and International scientific Committees, it is ideally suited to meet this challenge.

The Climate Action Working Group has two objectives to help meet this aim. These are: 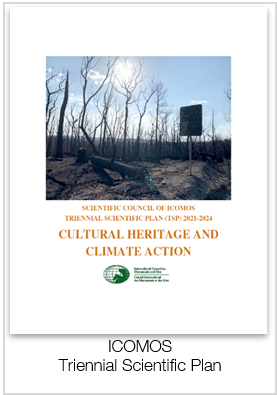 1. The establishment of an online resource portal or one-stop-shop for the ICOMOS and
wider heritage community, which will contain thematic resources including examples of best-
practice, relevant polices and guidance and case studies of stories from around the world.

2. To create an engagement plan to communicate, raise awareness and literacy and promote
action amongst the ICOMOS community.

The Climate Action Working Group has also been involved in a wide range of research projects. These have touched on a range of themes highlighted in the Future of our Pasts report and include:

• The Heritage on the Edge Project which has focused on the communicative power of cultural
heritage to raise ambition and promote climate action.

• The CVI Africa Project which is exploring the development of new tools and methodologies to
assess the vulnerability of heritage places.

• The International Co-Sponsored Meeting on Culture, Heritage, and Climate Change which is
building new conversations and collaborations between the broad fields of culture, heritage,
and climate change that will support future research and action in climate science,
adaptation, and mitigation.