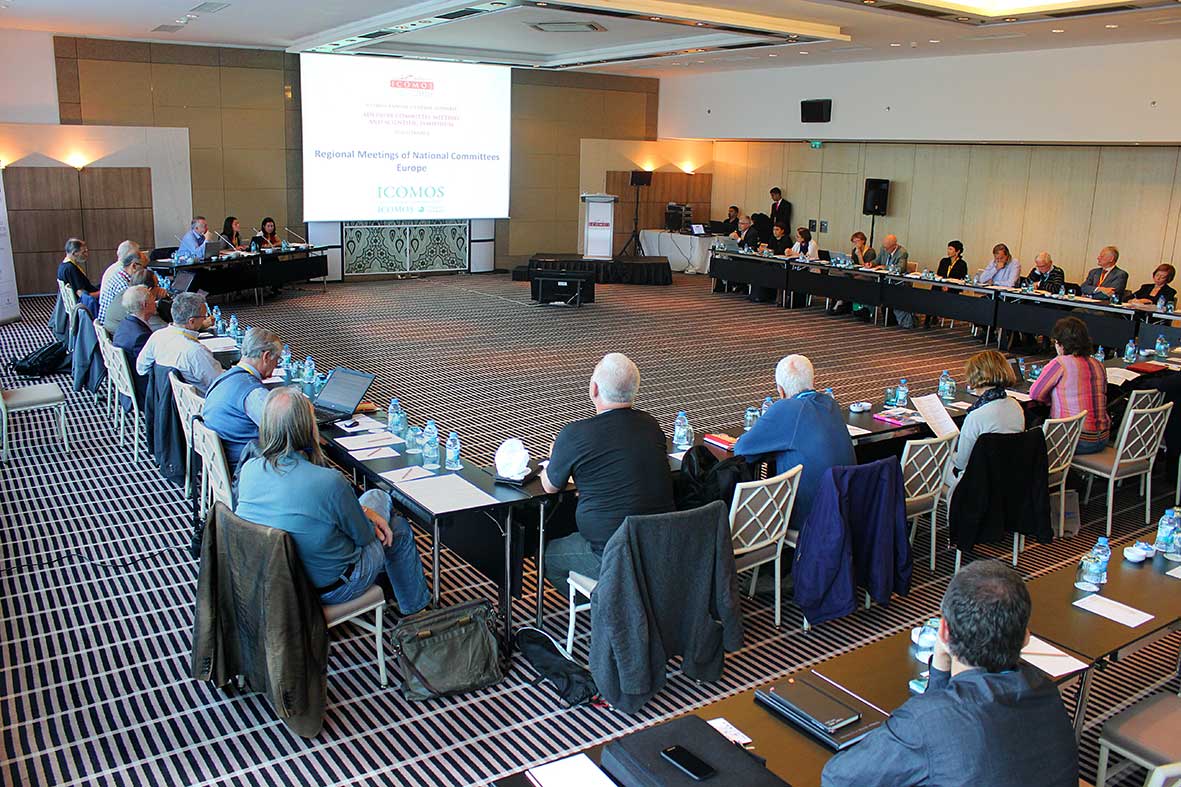 In this section you will find a list of previous meetings of the ICOMOS Europe Group and its sub-regional groups, and, when available, their outcomes.

The meeting was followed by the Scientific Colloquium “Border Areas – Encounter Areas.

Neighbourhood Conflicts and Neighbourhood Cooperation in Europe” and Preparatory Colloquium for the European Cultural Heritage Year (ECHY) 2018 organised by ICOMOS Germany, in cooperation with the Berlin Wall Memorial.

On ICOMOS Europe Group Meeting at GA 2016 in Istanbul participated 40 participants from 23 countries. The main topics discussed were European Year of Cultural Heritage 2018; Illicit Traffic and involvement of Young Professionals.

Nordic-Baltic National Committees had a joint meeting with ICLAFI Scientific Committee in Tallinn. The scientific conference Historical Perspective of Heritage Legislation. Balance Between Laws and Values was followed by work meetings and common study tour.