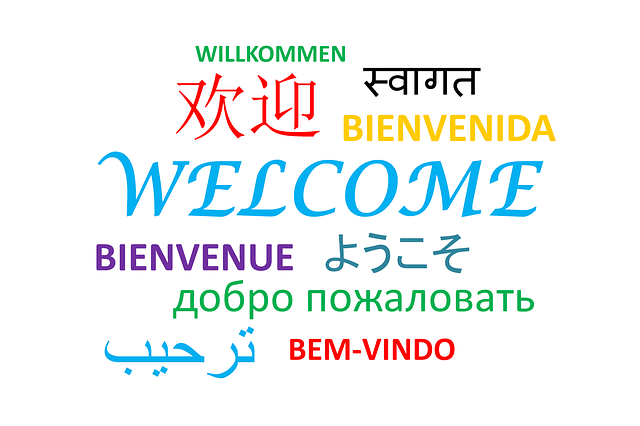 We are pleased to introduce you to the new Presidents of National Committees and International Scientific Commitees elected to date in 2018. 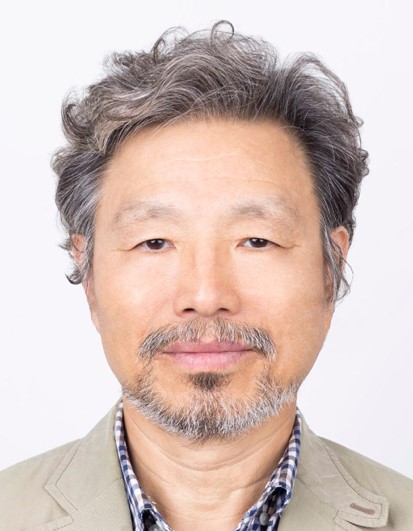 LEE Wangkee is a professor emeritus at the Department of Architecture of the Mokwon University (Republic of Korea). He received his Bachelor’s and Master’s degrees in Architecture from Hongik University and his PhD in Architecture from Cheongju University (Korea). He has taught architecture since 1980 and served as the Dean of the College of Engineering and the Graduate School of Industrial Information at Mokwon University. He was a member of the Board of his National Committee from 2009 to 2014 and served as Vice-President of ICOMOS Republic of Korea from 2015 to 2017. He has published numerous books and articles on the history of Korean and Asian architecture and heritage conservation, including The Art and Technology of Baekje Buddhist Temples (2006). 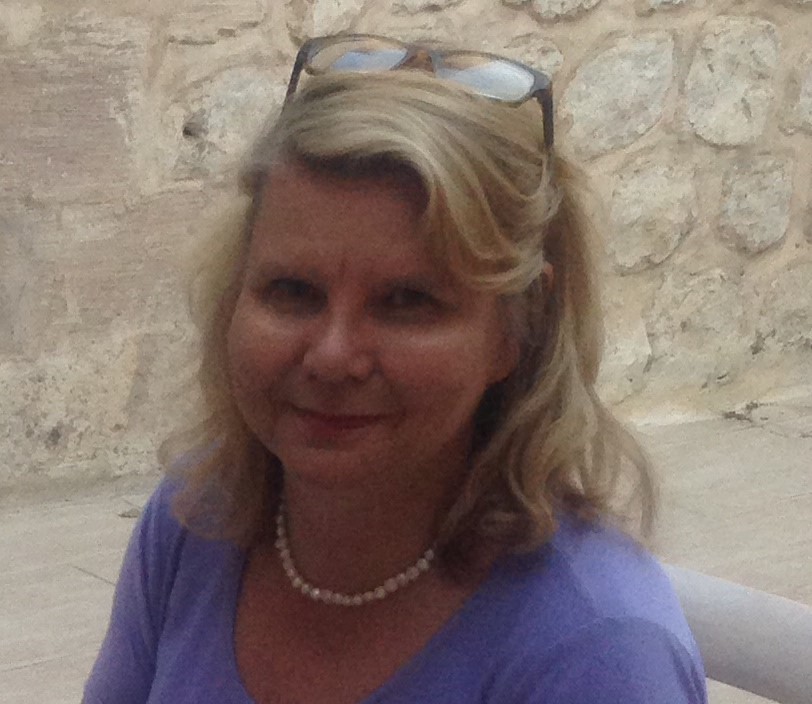 Minna Silver earned her PhD in Archaeology at Helsinki University (Finland). She took an expert program at Helsinki University in GIS (Geographic Information Systems) in 1997-1998 and became a specialist in the field. She carried out her post-doctoral research as a project leader in surveying, mapping and applying GIS studies in the mountainous region of Jebel Bishri in Syria. Since 2004, Silver has been an adjunct professor of Near Eastern Archaeology. In 2010, she became a member of the executive board of the ICOMOS International Committee on Heritage Documentation (CIPA) and the International Society of Photogrammetry and Remote Sensing (ISPRS). Her latest book, Reviving Palmyra in Multiple Dimensions: Images, Ruins and Cultural Memory, was co-authored by Gabriele Fangi and Ahmet Denker. 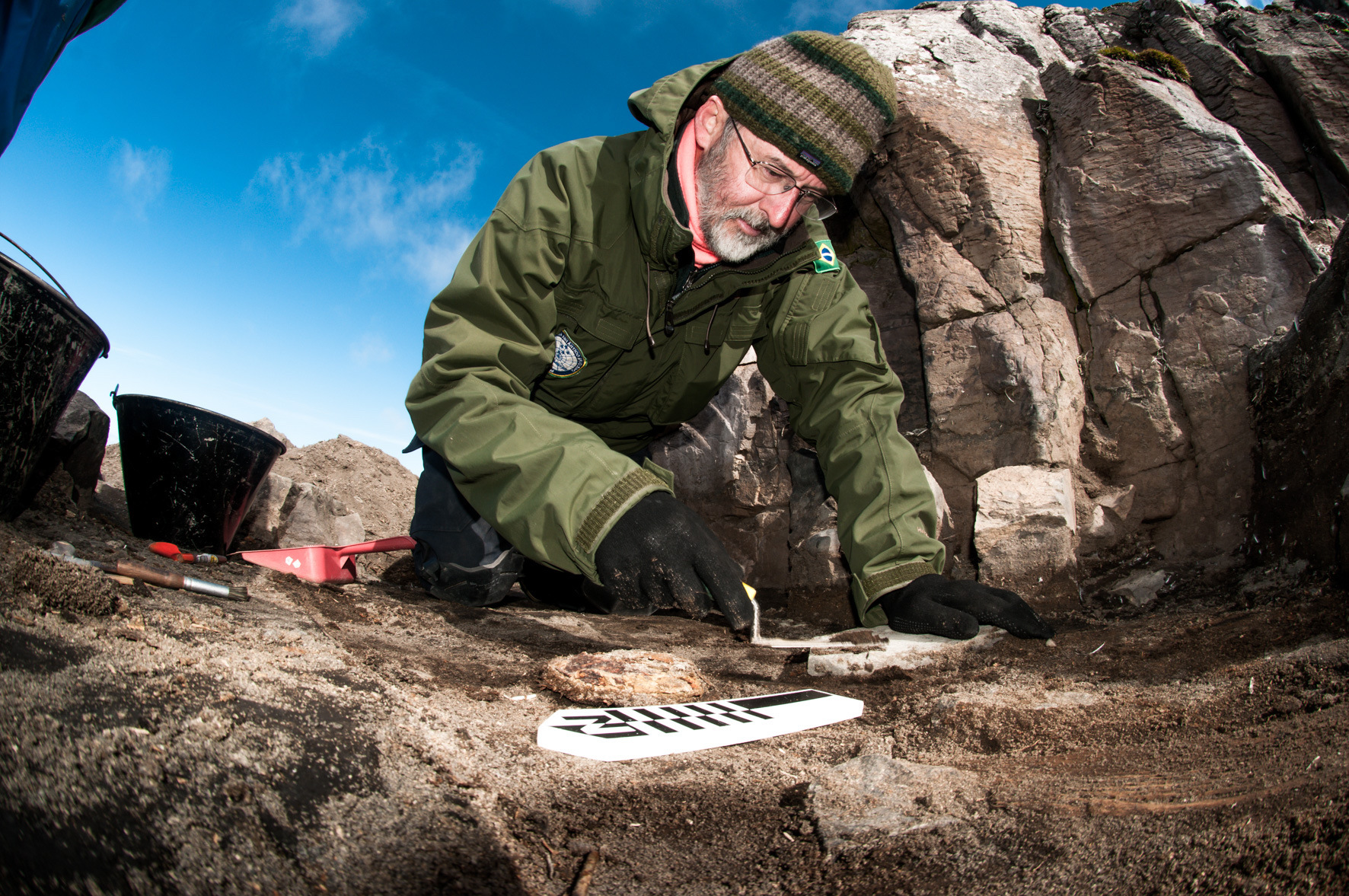 Michael Pearson has a PhD in Historical Archaeology and 40 years of experience in the Australian heritage field, in government agencies as Deputy Executive Director of the Australian Heritage Commission, and since 1993 as Managing Director of Heritage Management Consultants Pty Ltd. Since 1986, he has worked in Antarctica with Australian, Chilean and Brazilian government agencies and universities on ten archaeological expeditions. His current research is on sealing sites in the South Shetland Islands. He has worked on World Heritage nominations for Australia, Japan and China. He has written seven books and over 100 published articles on polar history and archaeology. Michael is a former President of Australia ICOMOS, and was a founding member of the ICOMOS International Polar Heritage Committee (IPHC). 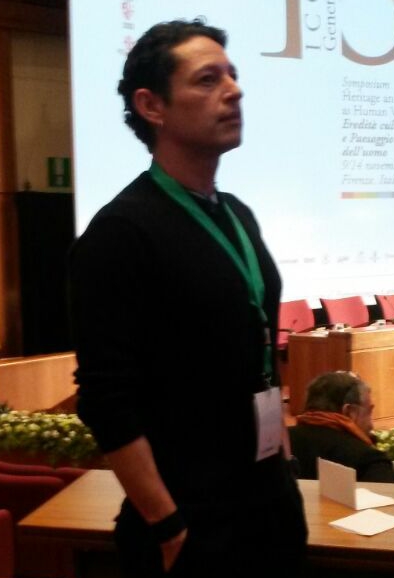 Melvin Campos Ocampo is a philologist specialised in Hispanic literature and a professor at the Faculty of Humanities of the University of Costa Rica, where he teaches history of art, architecture, philosophy and literature. He became a member of ICOMOS in 2006 and joined the ICOMOS International Scientific Committee on Interpretation and Presentation of Cultural Heritage Sites (ICIP). At ICOMOS Costa Rica, Campos has worked on the Communications Committee, organising monthly public conferences, editing the annual calendars and managing the National Committee website and its social media. He was elected as comptroller of the National Committee from 2009 to 2012 and as vice-president from 2012 to 2018. For ICOMOS International, Campos was a member of the committee that organised the Advisory Committee and Scientific Symposium of 2013 in Costa Rica.

Alicia Castillo Mena is a lecturer at the Faculty of Geography and History at the University of Madrid (Spain), and expert research in cultural heritage management in Europe (Spain) and Latin America (Mexico). She has also worked for several cultural international organizations such as the UNESCO, the Ministry of Culture of Spain and Peru and several regional governments. She is the European Vice-President of ICOMOS International Committee on Archeological Cultural Management (ICAHM). Alicia Castillo Mena is the author of several scientific publications and the co-author of a documentary, Past with Future, From Archaeology to World Heritage. 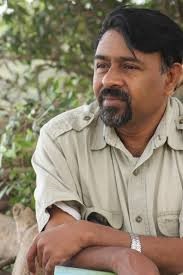 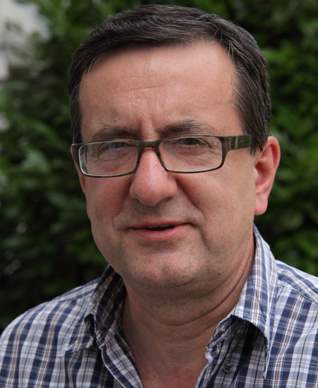 Gergely Nagy is an architect and urban planner. After completing his PhD in theory of architecture at the Budapest Technical University, he worked for the Town Planning Office of Budapest. He is a member of ICOMOS Hungary, and became successively Secretary General and President. He is also a member of the ICOMOS International Committee on Historic Towns and Villages (CIVVIH) and a member of the ICOMOS Working Group on European Quality Principles. The working group is coordinating the drafting of a guidance document on assuring and improving quality of the EU funded interventions on cultural heritage, upon the request of the European Commission and as part of the European Year of Cultural Heritage. He is also the author of 9 books as well as several studies and articles. 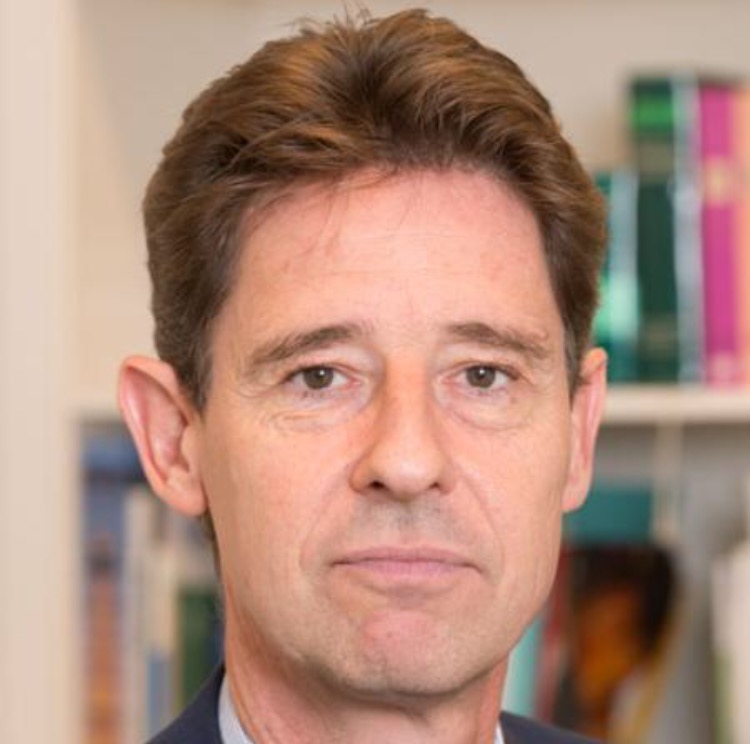 Robert J. Quarles van Ufford is the director of the National Monumentenorganisatie, an association for the protection and conservation of national monuments in the Netherlands and president at the Stichting Monumenten Bezit. He holds a Master's degree in History from the University of Leiden. He started his diplomatic career at the Ministry of Foreign Affairs in The Hague in 1993, and then he worked at the embassies of Bangkok, Paramaribo and Jakarta before returning to the Netherlands in 2006. He was Secretary-General of the Netherlands National Commission for UNESCO, and he has previously served as treasurer and Vice-President of ICOMOS Netherlands. 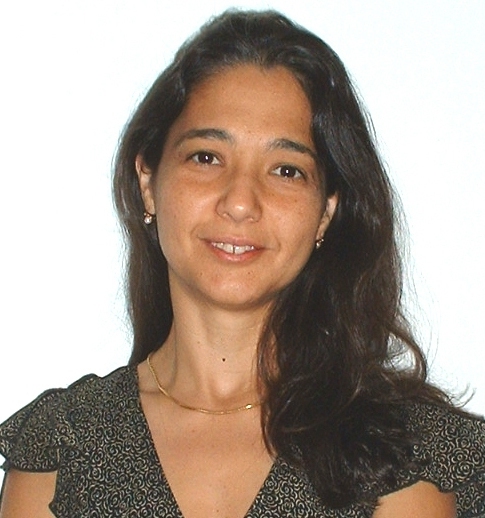 Soraya Genin is an architect and holds a PhD in engineering from KU Leuven. She is an Assistant Professor at the Department of Architecture and Urbanism at ISCTE-IUL (University Institute of Lisbon) and a researcher at ISTAR-IUL, where she has been teaching Construction and Building Conservation since 2002. Her research and publications are in the field of conservation and stone constructions, particularly vaults. She has coordinated several projects on World Heritage Sites, such the Monastery of the Hieronymites and Tower of Belém in Lisbon, and the Convent of Christ in Tomar (Portugal). She is a member of the International Scientific Committee for Stone (ISCS) and the International Scientific Committee on Theory and Philosophy of Conservation and Restoration (THEOPHILOS). 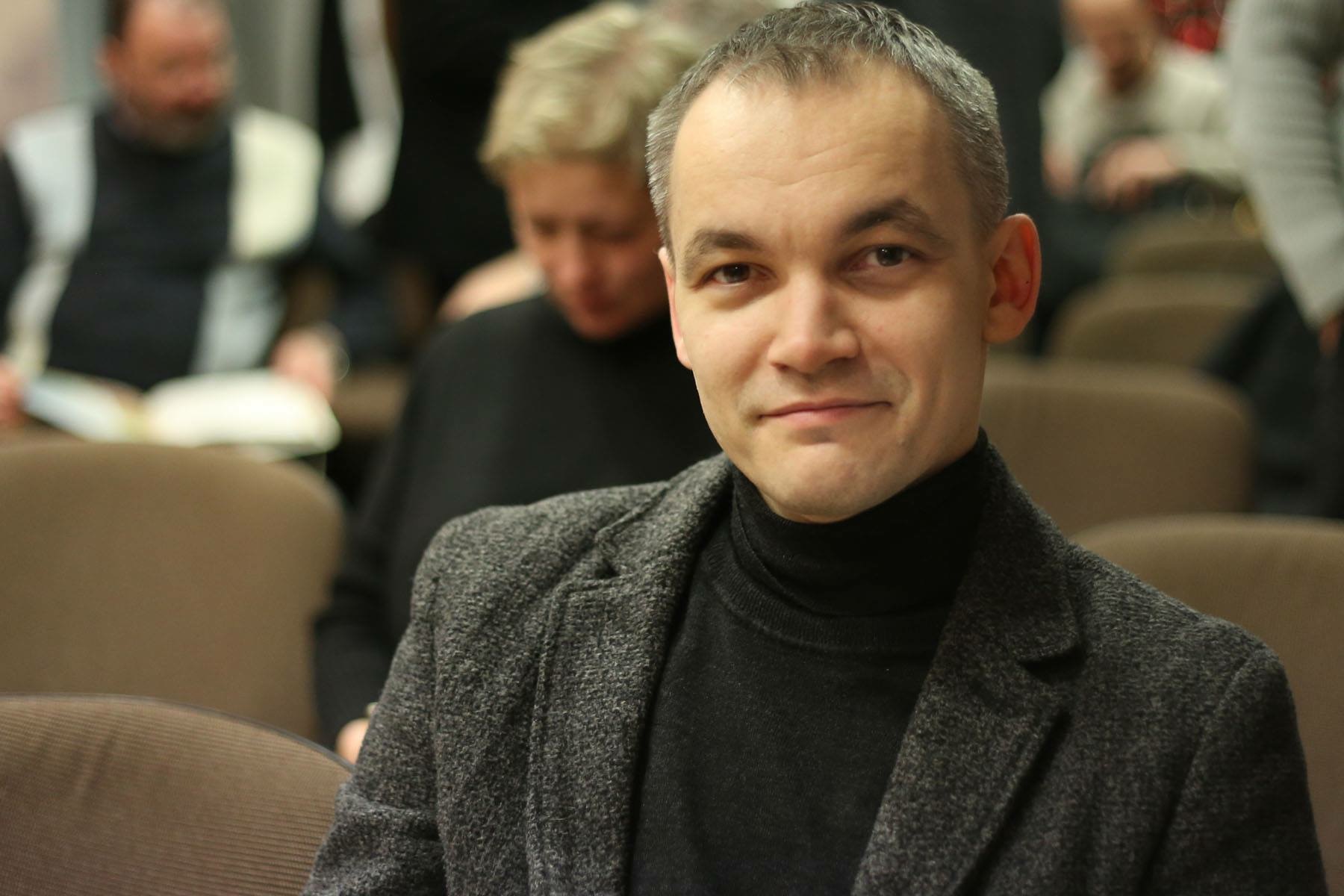 PhD, historian, cultural anthropologist, full-time lecturer at the European Humanities University (Vilnius), holds the Chair of ICOMOS Belarus, and is an Associate Member of the International Committee on Theory and Philosophy of Conservation and Restoration. The fields of his current research interests are the theory of architectural heritage, the community-based conservation projects, and the new museology. Since 2010 he has conducted several research projects on social aspects of heritage preservation, transformation of Cultural Landscapes of Belarusian Towns and urban movements for heritage preservation in Eastern Europe. In 2015 he was awarded a Thesaurus Poloniae fellowship by the Ministry of Culture and National Heritage of Poland (implemented by the International Cultural Centre in Krakow). In 2016-2017 he prepared a Report on Developing Cultural Heritage Sector in Belarus for the European Union sponsored program Culture and Creativity. 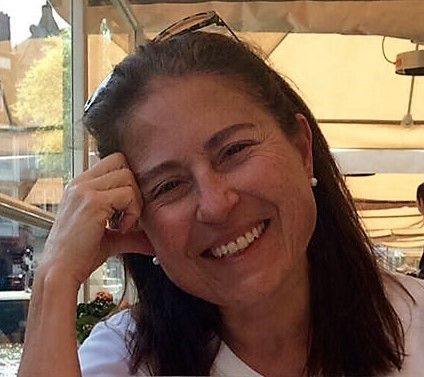 Mariana Patiño Osorio is an architect with advanced European studies in cultural heritage, PhD in architecture from the University of Seville, Spain, with 37 years of experience in the management of urban and architectural heritage projects. Manager of the Bogotá Planning Heritage and Urban Renewal Office, she is also in charge of the Documentation Center at the Ministry of Culture. She is the author and editor of the book Monumentos nacionales de Colombia and others. For more than 10 years, she has been a university professor of urban renewal and heritage subjects, and has written in indexed journals. She recently supports ICOMOS International as a reviewer for World Heritage nominations. 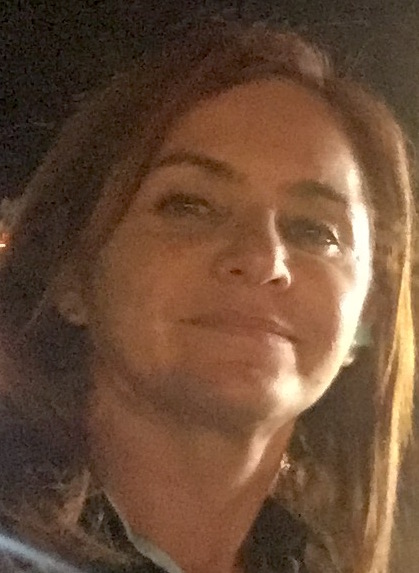 Jeanine Abdul Massih earned her PhD from Paris I-Sorbonne on Town Planning and Classical Architecture (her doctoral thesis on the Gypsum Plaster and Stone Construction at the site of Dura-Europos, Syria). She is a Professor of Archaeology at the Lebanese University. She specialises in classical architecture and technologies, conservation of immovable heritage and site management. She directed the project on the Megalithic Quarries of Baalbek (Lebanon), the archaeological investigations on the city of Batroun (Lebanon) and also the joint Syrian-Lebanese mission of Cyrrhus Nebi Houri (northern Syria). 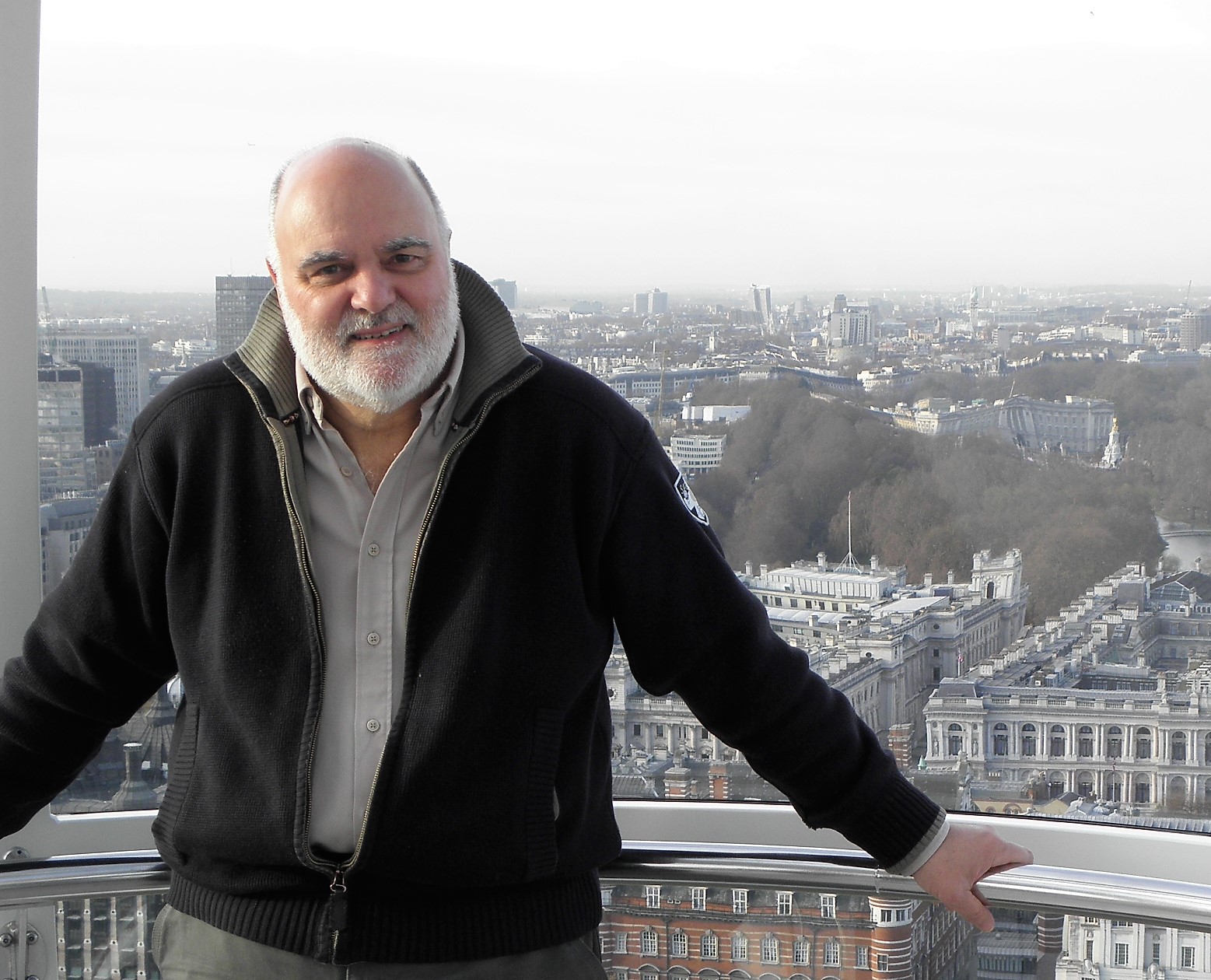 Architect since 1979, he studied the restoration and conservation of buildings. Ricardo Beheran was Professor of Preliminary Architectural Design (Taller Folco) at the Faculty of Architecture, Design and Urban Planning of Uruguay and the University of the Republic of Uruguay from 1988 to 1995.  He has been a member of the Permanent Special Commission of Carrasco and Punta Gorda (CEP) since 1999 and was Honorary President from 2002 to 2009. Also elected Honorary Chairman of the Steering Committee and Follow-up of the Special Plan of spatial planning, protection and enhancement of the Carrasco and Punta Gorda heritage territory from 2002 to 2009., he is now involved in several theoretical and practical activities of research, management and execution of heritage works. 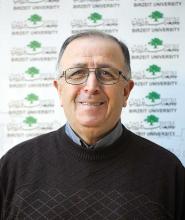 Associate Professor in the Department of Architectural Engineering/ Faculty of Engineering and present-day Dean of Arts, Music and Design at Birzeit University, Palestine. Dr. Ghadban academic and research activities are oriented towards the problems of local traditional architecture, housing and urban issues. His scientific work has been published in well-known international referred journals, international and regional conferences and seminars. He has wide experience as an academic consultant and coordinator of several international cooperation projects between his Department and local and international academic and professional institutions. He worked as consultant in several strategic planning and capacity building projects; yet, he designed and managed several architectural projects in Algeria and Palestine, including rehabilitation projects in the cities of Bethlehem, Hebron and Tulkarem. 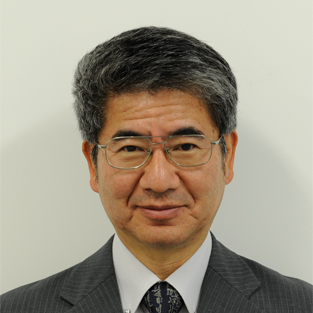 Takeshi Ishizaki works as a professor at the Institute for Conservation of Cultural Property (ICCP), within the Tohoku University of Art and Design. He graduated from the Department of Geophysics, and later obtained a Ph.D. in science from Hokkaido University. He was an assistant professor at the Institute of Low Temperature Science of Hokkaido University, where he studied the mechanism of frost damage on stone cultural artifacts. Ishizaki has long carried out research on the moisture regime in historical buildings and sites, utilizing simulation techniques to develop appropriate protective measures as well as to further understand the environmental conditions of historical buildings and sites.In 2007, he was appointed as a director of the Center for Conservation Science and Restoration Techniques of the National Research Institute for Cultural Properties, Tokyo. Then in 2013, he became a deputy director of the National Research Institute for Cultural Properties, Tokyo, before working for the ICCP. 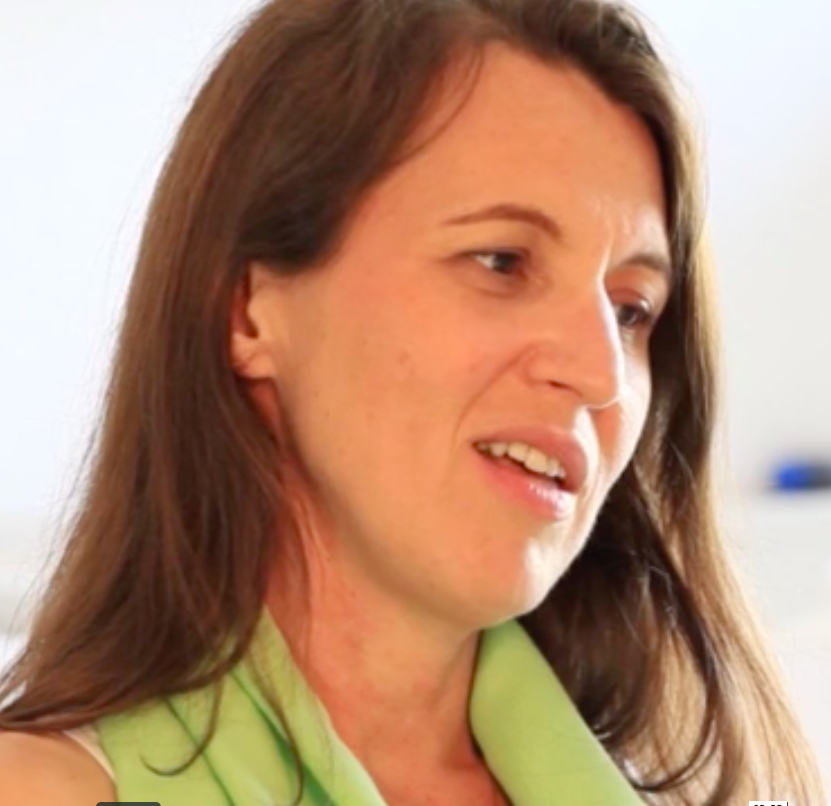 Mariana Correia has a PhD in Heritage Conservation (Oxford, UK) and a Master in Earthen Architecture (CRAterre-ENSAG, France). She is the President of Escola Superior Gallaecia, a school of architecture and arts in Portugal, where she teaches ‘Theory and History of Conservation and Restoration’ and coordinates the Dissertation course. She also leads several international research projects (VerSus, Seismic-V, 3dPast). She is a mission expert and an ICOMOS World Heritage Advisor, a Board Member of PROTERRA Iberian-American Network, and a Board member of two Heritage Foundations: in Portugal (FCO) and Spain (FAFB). She is an ICOMOS Portugal Board member and an ICOMOS CIAV expert. Mariana Correia is the author and co-editor of 23 books and 150 chapters and papers. She was awarded in 2017 with the European Prize of Architectural Heritage Intervention (AADIPA-Cat.D) and was recognised by the European Commission for her work as VerSus Project Coordinator.