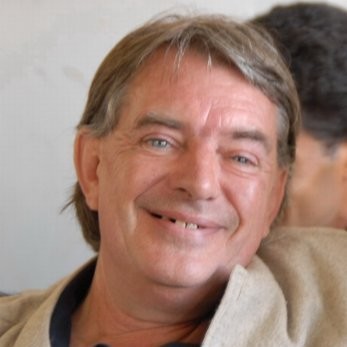 ICOMOS mourns the passing of John Hurd, former President of the ICOMOS Advisory Committee, who contributed to ICOMOS with unwavering dedication in many capacities.

He chaired the ICOMOS UK Earth Scientific Committee from 1994-2000 (organizing the Terra 2000 conference in the UK), served as President of the ICOMOS International Scientific Committee for Earthen Architectural Heritage (ISCEAH) from 2006 for 3 terms and as President of the ICOMOS Advisory Committee from 2006-2014. He was also active in the newly formed ICOMOS International Scientific Committee on Places of Religion and Ritual – PRERICO, as Vice President.
Through his engagement, wisdom and character, he was widely appreciated and respected by his fellow colleagues. He will be sorely missed by all at ICOMOS and our hearts go out to his two daughters, Jade and Holly, his grandchildren, family and friends.

Following a B.Sc. in the Geology of Clays, Bristol (1969), John studied a two‐year Conservation Science diploma and an 3 year ‘objects’ conservation higher National diploma at Lincoln, leading to work as a sculpture conservator intern at the Victoria and Albert Museum in London. From 1989 ‐1998, John was a partner at Lincoln Conservation Studio a busy atelier specialising in large Architectural objects conservation. In 1998 John formed Hurd Conservation International, an International field consultancy with architectural and archaeological projects, planning and training across Asia for several International agencies; he was a senior conservation consultant to UNESCO, World Heritage Centre, on the Silk Roads cities of Central Asia. He joined the Global Heritage Fund from 2005 as International Conservation Director and Senior Adviser.

A fellow of the Institute of Advanced Architectural Studies and a Visiting Fellow of the School of Archaeology at the University of York, he ran summer schools in India, the Trans-Himalaya region, China, and Europe.

John produced many papers, articles and monographs, both on training, ethics and best practice in objects, architectural and archaeological conservation. He co‐authored and edited Terra Britannica: an introduction to the earthen architecture of the British Isles, for ICOMOS U.K. in collaboration with English Heritage. He further co‐authored or contributed to several UNESCO publications, technical reports and Manuals, especially in respect of the conservation of earthen archaeological sites on the Great Silk Roads of Central Asia.