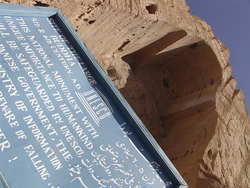 Created in March 2017 as a response to the destruction of cultural heritage during recent conflicts, either intentional or collateral, in sites like Timbuktu, Mosul, Nimrud, Palmyra, or Aleppo, the ALIPH Foundation (International Alliance for the protection of Heritage in Conflict Areas) now brings together several countries: France, United Arab Emirates, Saudi Arabia, Kuwait, Luxembourg, Morocco, China, and Switzerland, along with key civil society figures and institutions to finance preventive measures, emergency interventions and concrete post-conflict rehabilitation projects, all around the world.

ALIPH now launches its first Call for Projects with the ambition of protecting cultural heritage in conflict areas.

The projects have to provide very specific details on how to support and/or reconstructruc cultural heritage in conflict zones or post-conflict situations in order to be considered.

The grants will be divided in two categories:

1. Two deadlines per year for a broad call for projects.

2. Throughout the year, for emergency projects that will allow to act immediately and will support measures designed to mitigate an imminent risk of damage to a site, monument, museum or collection.