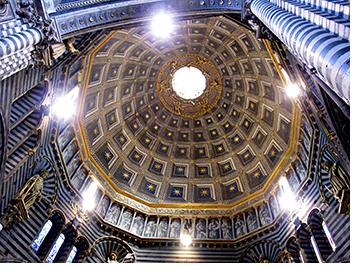 The World Heritage Convention is a global conservation tool that combines culture and nature to promote dialogue between peoples.

Adopted by the United Nations Educational Scientific and Cultural Organization (UNESCO) in 1972, it is the only international treaty dedicated to both the preservation of cultural properties and the protection of nature. It is based on the principle that some cultural and natural sites are of such importance that their significance transcends national boundaries and holds the same inestimable worth for the whole of humankind. This is called Outstanding Universal Value.

States Parties which have ratified the Convention agree to nominate cultural and natural sites within their territories for inscription on the World Heritage List. The World Heritage Committee then decides whether to list the proposed sites. Once a site is inscribed on the List, the State Party must ensure the protection of the values that have earned it World Heritage status. The Committee monitors the state of conservation of the property and may request State Parties to take special measures when it deems necessary.

The World Heritage Committee is assisted in its mission by the World Heritage Centre, acting as secretariat of the Convention, as well as by three advisory bodies: ICOMOS and ICCROM (International Centre for the study of the preservation and restoration of cultural property)  for the cultural side and IUCN (International Union for conservation of nature) for the natural side.

To be inscribed on the World Heritage List, cultural and mixed properties must meet at least one of the six selection criteria for cultural heritage:

(i) to represent a masterpiece of human creative genius;
(ii) to exhibit an important interchange of human values, over a span of time or within a cultural area of the world, on developments in architecture or technology, monumental arts, town-planning or landscape design;
(iii) to bear a unique or at least exceptional testimony to a cultural tradition or to a civilization which is living or which has disappeared;
(iv) to be an outstanding example of a type of building, architectural or technological ensemble or landscape which illustrates (a) significant stage(s) in human history;
(v) to be an outstanding example of a traditional human settlement, land-use, or sea-use which is representative of a culture (or cultures), or human interaction with the environment especially when it has become vulnerable under the impact of irreversible change;
(vi) to be directly or tangibly associated with events or living traditions, with ideas, or with beliefs, with artistic and literary works of outstanding universal significance.