The Our Common Dignity Rights-Based Approaches Working Group (OCD|RBA) started as an ICOMOS initiative in 2007 and expanded in 2011 as a cooperation for the Advisory Bodies to the World Heritage Convention (ICCROM, ICOMOS, IUCN) under the coordination by ICOMOS Norway. The main objective of the initiative was building awareness of rights issues in World Heritage and heritage management in general, to promote “good practice” approaches and to develop and promote relevant tools and guidelines, in particular for World Heritage from tentative lists and nominations through conservation and management of the sites. 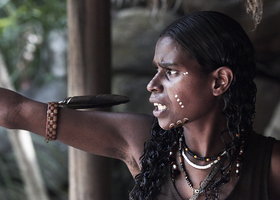 The OCDI-RBA working group has cooperated with several committed ICOMOS members, representing the diversity of our organisation. The work of the OCD-RBA was recently recognised in the report by the Special Rapporteur in the field of cultural rights - "Cultural Rights: 10th Anniversary Report" (A/HRC/40/53).The most recent OCD-RBA initiative was the adoption of a Declaration in celebration of the 70th anniversary of the Universal Declaration of Human Rights: The ICOMOS Advisory Committee, meeting in Buenos Aires on 5 December 2018, adopted the Buenos Aires Declaration encouraging ICOMOS members, Committees and groups to:

In ICOMOS 2018 General Assembly in Buenos Aires, the OCD-RBA  working group issued a call to all National Committees and International Scientific Committees to showcase how they have been working over the last years on "participation and cultural heritage conservation". The focus has also been expanded from World Heritage to Cultural Heritage.

ICOMOS Working Group on the "Our common dignity initiative"

This was written at an ICOMOS meeting on human rights in Stockholm, cultural capital of Europe in 1998.