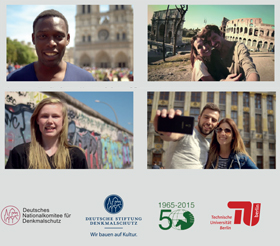 A preparatory event "Europe's cultural heritage common opportunities and challenges" to announce officially the European Cultural Heritage Year initiative will be held in Berlin on 13th of November 2015.

The programme focus for the European Year is "Society in Transition'', which reflects ongoing and diverse social change in Europe and makes c!ear that the discussion should focus on people. Three aspects in particular are to be discussed during the European Year: cultural diversity, demographic change and sustainability. This will give the European Year its political and economic relevance.

The European Year will provide the opportunity for a comprehensive exchange between European partners at all levels. The European Year will be organized by the European Union in cooperation with the Council of Europe. All European countries as well as all political, professional, social, regional and other institutions and civil society will be invited to become actively involved, especially via participatory procedures.