The Summit brought together a wide range of public and private stakeholders from across Europe. The “Berlin Call to Action” was presented at the end of the Summit by the three co-hosting organisations: Europa Nostra; the German Cultural Heritage Committee, acting as national coordinator of the European Year of Cultural Heritage in Germany; and the Prussian Cultural Heritage Foundation. This document, of which ICOMOS is a signatory, is a call to ensure the transmission of cultural heritage to future generations. The Call to Action can be signed online by all: http://european-cultural-heritage-summit.eu/berlin-call-to-action/ 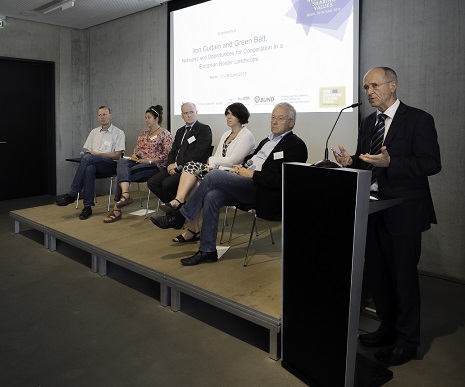 During the Summit, ICOMOS Germany co-organised the successful conference "Iron Curtain and Green Belt - Networks and Opportunities for Cooperation in a European Border Landscape" on 17-19 June 2018.

Following the EYCH guiding theme “Border Areas – Encounter Areas” and focusing on the inner-European post-war border of the Iron Curtain, the aim was to review, present, and discuss the difficult heritage of the Cold War in an international conference, as well as to explore the potential for a transboundary cooperation and network.

The conference press release is available in English and in German.

For more information on the European Year of Cultural Heritage, you can consult our ICOMOS Europe webpage.