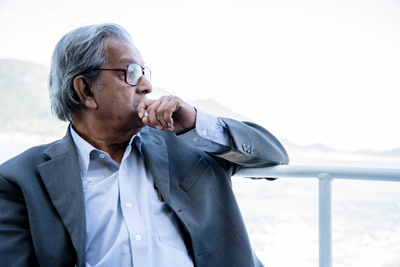 It is our sad duty to share the announcement below to you on behalf of ICOMOS Sri Lanka. ICOMOS joins our Sri Lankan colleagues in mourning the passing of our esteemed Honorary President, Dr Roland Silva and in giving thanks for his contribution to ICOMOS and cultural heritage conservation both in his country and internationally.

It is with profound sadness and grief that ICOMOS Sri Lanka announces the demise of Dr Roland Silva, the Past President of ICOMOS International for three consecutive terms from 1990 to 1999 and its Emeritus President thereafter. He passed away at his residence in Colombo on 1st January after a brief illness at the age of 87.

He held the positions as Director General of Archaeology, founder and the first Director General of the Central Cultural Fund, National Trust, ICOMOS Sri Lanka, Sri Lanka Council of Archaeologists and the Chancellor of the country’s premier technical University (Moratuwa), Sri Lanka. He has received a large number of national and international honours. He was also a recipient of prestigious ICOMOS Gazzola Prize. 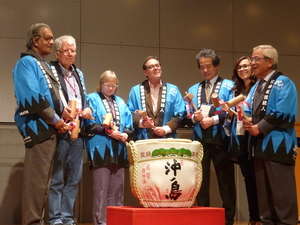 Beside Roland’s outstanding and unparalleled contribution to Sri Lanka’s heritage sector, he worked tirelessly to make ICOMOS truly a world body by encouraging the member countries, particularly those in Asia, Africa and Latin America to join ICOMOS by setting up National Committees. During his tenure as the President of ICOMOS International he was successful in increasing the National Committees of ICOMOS from 67 to 114 and the Scientific Committees from 12 to 25. Over the years, he chaired the scientific sessions during which ICOMOS recommended 222 sites in different continents for inscription to UNESCO’s World Heritage List.

As the President of ICOMOS International, he chaired the International Proceedings in Nara, Japan in 1993 to re-visit authenticity. He started attending ICOMOS General Assemblies since 1984 immediately after the creation of ICOMOS Sri Lanka in 1983 and was also instrumental in organizing the 10th General Assembly in Sri Lanka in 1993. His ability to work with different professionals in diverse contexts has made him a much-respected colleague, both nationally and internationally.

ICOMOS Sri Lanka was fortunate to organize a special event to celebrate him during the International Symposium on World Heritage Properties, Programs and People in the Asia-Pacific Region held jointly with Shanghai’s World Heritage Institute of Training and Research in Asia-Pacific Region (WHITRAP Shanghai) in Colombo, Sri Lanka from 7-10 December 2019 in front of national and international practitioners, which happened to be his last public appearance of a long and distinguished career. While ICOMOS Sri Lanka joins his bellowed wife (Neela), four children (Nirma, Ravi, Amitha and Prabha) and rest of his family to share the unbearable loss, we are proud to associate with one of the most gifted sons ever produced by Mother Lanka. 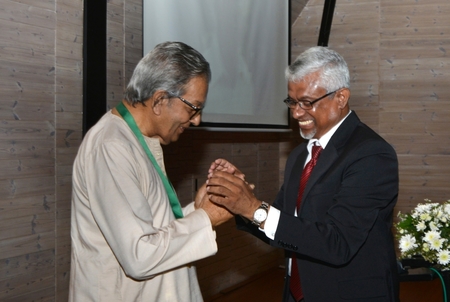 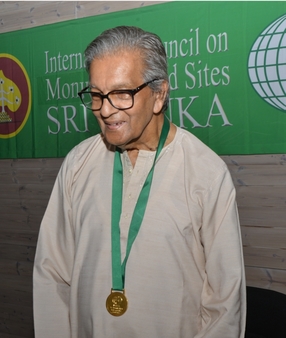 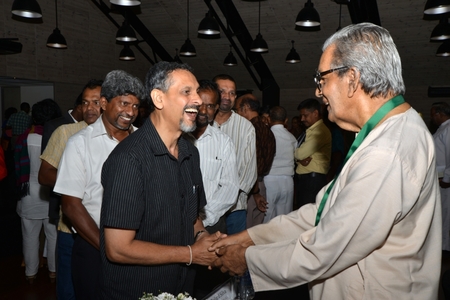 Read an obituary in the Daily News

Listen to an interview with Roland Silva on the World Heritage Convention and the changing notion of authenticity (UNESCO, World Heritage Oral Archives, Canada Research Chair on Built Heritage, University of Montreal)