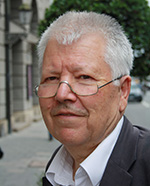 ICOMOS community mourns the passing of Prof. Dr. Michael Petzet, its Honorary President, who died unexpectedly on Wednesday, 29 May 2019. He dedicated his life to the protection and conservation of the world's cultural heritage – for which he always advocated with strong opinions and clear purpose.

Michael Petzet studied art history and archaeology in Munich and Paris from 1951 to 1958 and after his doctorate worked in museums and the Palace and Gardens Administration in Bavaria. In 1974, he was appointed Bavarian Conservator General, an office he held until 1999. From 1988 to 2012, he was President of the German National Committee of ICOMOS and from 1999 to 2008 President of ICOMOS international.

An expert in cultural heritage theory...

A specialist on French architecture of the 17th and 18th centuries, as well as the art and cultural heritage of Bavaria (in particular on the castles of King Ludwig II and the architecture of historicism), Michael Petzet also made major contributions to the principles of contemporary monument conservation worldwide through his numerous publications and writings. His ICOMOS presidency saw the production of a large number of publications – notably in the “Monuments & Sites” series, which included important works such as “The World Heritage List: What is OUV? Defining the Outstanding Universal Value of Cultural World Heritage Properties” and “The World Heritage List: Filling the gaps - an action plan for the future”.

An internationally recognized expert, also on World Heritage issues, he is regarded as a pioneer of preventive monitoring and founded the ICOMOS publication series "Heritage at Risk” to draw attention to the multiple dangers faced by heritage world-wide and share suggestions for solving these.

His international fieldwork took him among other to China where he led joint German-Chinese projects with the Museum of the Terracotta Army and the Temple of the Great Buddha of Dafosi in Shaanxi Province, and later to Afghanistan, where, together with ICOMOS, UNESCO, Japan and Germany, from 2002 he was leading projects on the safeguarding of the remains of the Bamiyan Buddhas, in very difficult circumstances.

In 2013, Michael Petzet was awarded the Karl-Friedrich-Schinkel-Ring by the Deutsches Nationalkomitee für Denkmalschutz for his lifetime achievement – as well as the Order of Merit of the Federal Republic of Germany.

He was honorary professor at the University of Bamberg and taught at the Academy of Fine Arts and the Technical University in Munich.

Larger than life, combative and creative, not adverse to some controversy, passionate about his work and the organisations he served with devotion, deeply knowledgeable of cultural heritage – he will be missed by all his colleagues and friends around the world. ICOMOS thoughts and condolences go to his family – and we share in their sorrow. 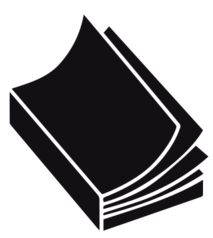 Some publications by Michael Petzet

Monuments&Sites XIX - The giant Buddhas of Bamiyan: Safeguarding the remains