Revival after a disaster: The restoration of Notre-Dame de Paris and Shuri-jô Castle 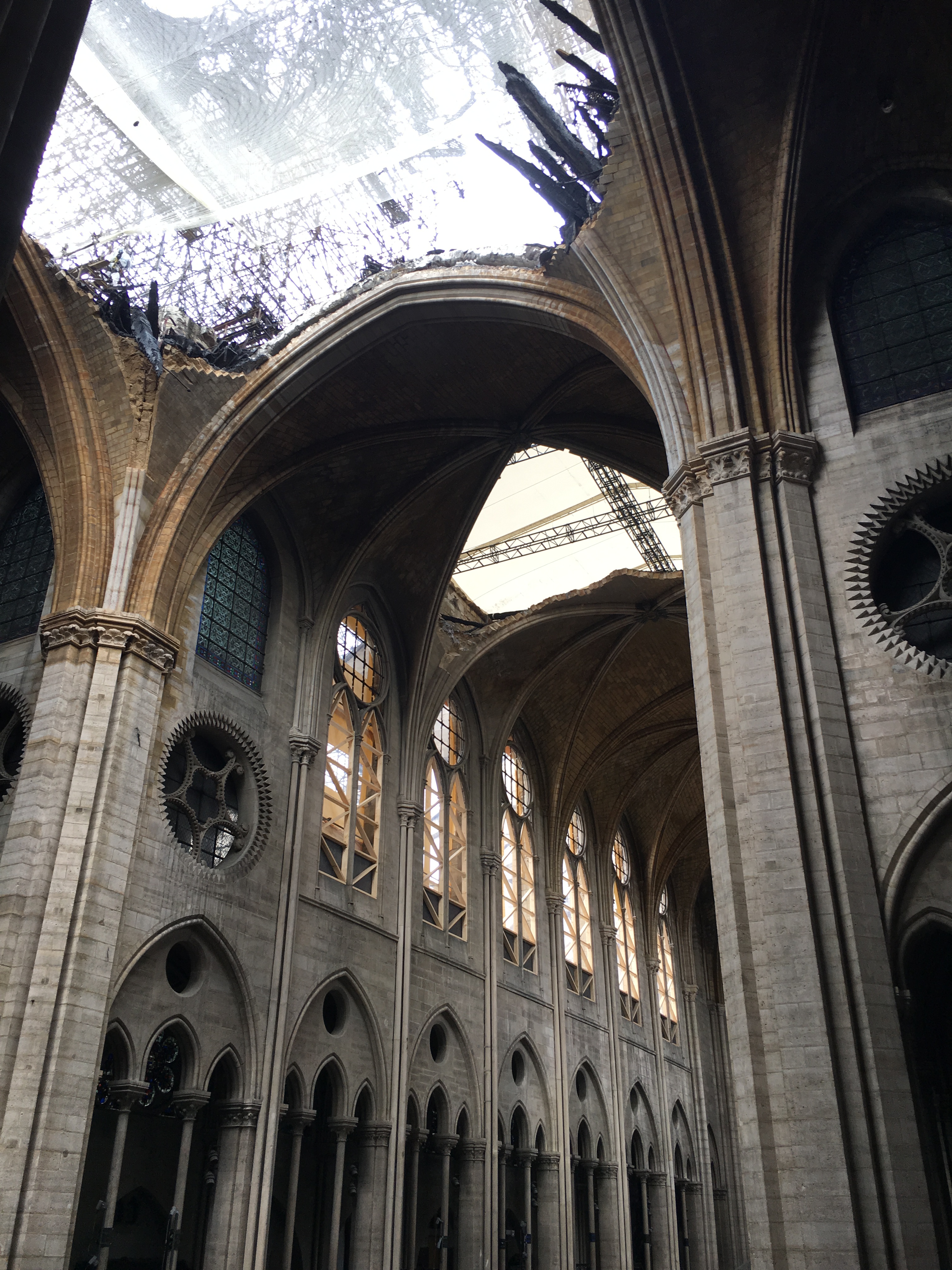 On 15 April 2019, a fierce fire ravaged Notre-Dame de Paris. Then, on 19 October 2019, the State Hall of Shuri-jô Castle in Naha (Okinawa, Japan) was again destroyed by fire. Such traumatic events were not the first time these monuments had suffered destruction, and after each loss, people wished to rebuild them as they were. In both cases, the strong emotion expressed by public opinion led to the decision to restore the monuments "Com'era Dov'era" [where and how it had been], to their original state. Why?

In this context of debates provoked by similar disasters, which affected the two World Heritage properties and public opinion, Professor Toshiyuki Kono at Kyushu University, at-that-time President of ICOMOS, had the idea of organising an exhibition. The exhibition's theme was the post-traumatic reconstruction of these two heritage sites, establishing the parallel between them.
This idea took shape, and cooperation was established between his team at Kyūshū University, ICOMOS France, and invited experts, including the CNRS in the Chantier Scientifique Notre-Dame de Paris and Paris-Sorbonne University.

This international exhibition, "Revival after a disaster, restoration of Notre-Dame de Paris and Shuri-jô Castle", which was initially intended to travel, has, due to the pandemic, been transformed into a virtual exhibition in three languages: Japanese, French, and English.

The challenges of reconstruction

In both cases, in Japan and France, the decision was made to restore/reconstruct the monuments to their original state.

For what reasons? With what consequences for the heritage and societal value of the buildings? This decision may seem to break with the doctrines of heritage conservation based on material authenticity since the historical material disappeared in the fire. And yet, public opinion was unhesitatingly in favour of returning the buildings to their pre-fire state, and public decision-makers agreed. Why?

This virtual exhibition offers a concrete opportunity to discuss the act of restoring post-traumatic heritage through these two emblematic cases by reflecting on the responses of both countries to the destruction.
The exhibition not only provides pictures of the current damage but also outlines the history and evolution of the two monuments, with necessary references to (international) restoration philosophy and how the approach to restoration has evolved over time. It also discusses how people reacted to the fires, their emotions, and memories, and finally, the current reconstructions and works visualized and tested against the concept of authenticity. 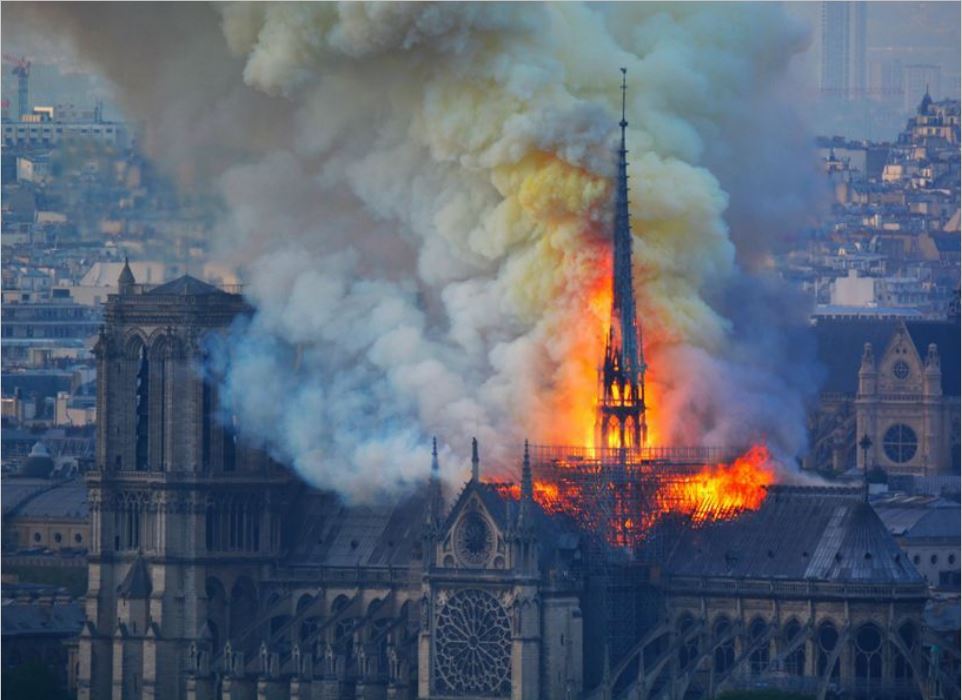 Heritage is made of the materialities of its construction; the wear and tear of time and use; and human experiences, emotions, memories, and attachments. It is intangible as much as tangible.

Notre-Dame and Shuri-jô, overcoming the deep wounds of the fires that affected them, were able to achieve their rebirth thanks to the strength of their historical and social architectural values. They significantly contribute to the doctrinal evolution of heritage conservation and to the central role of intangible value.

The scientific symposium marking the website launch took place live in Japan and France on 14-15 March 2022. It brought together the best experts from both countries and 180 Internet viewers.

First, the damage inflicted on the two monuments was examined. Then, in the second session, their long history and evolution over time were presented, with the necessary references to the philosophy of (international) restoration and the way the approach to rehabilitation has evolved.

Then, people's reactions to the fires, emotions, and memories were analysed at length, as essential elements that weighed heavily in the decision to rebuild the monuments as they were.

The fourth and last session was devoted to the reconstruction sites and the current work, visualized and tested against the concept of authenticity.

The presentations and debates have been transcribed fully and published on YouTube in three languages (French, Japanese, and English). 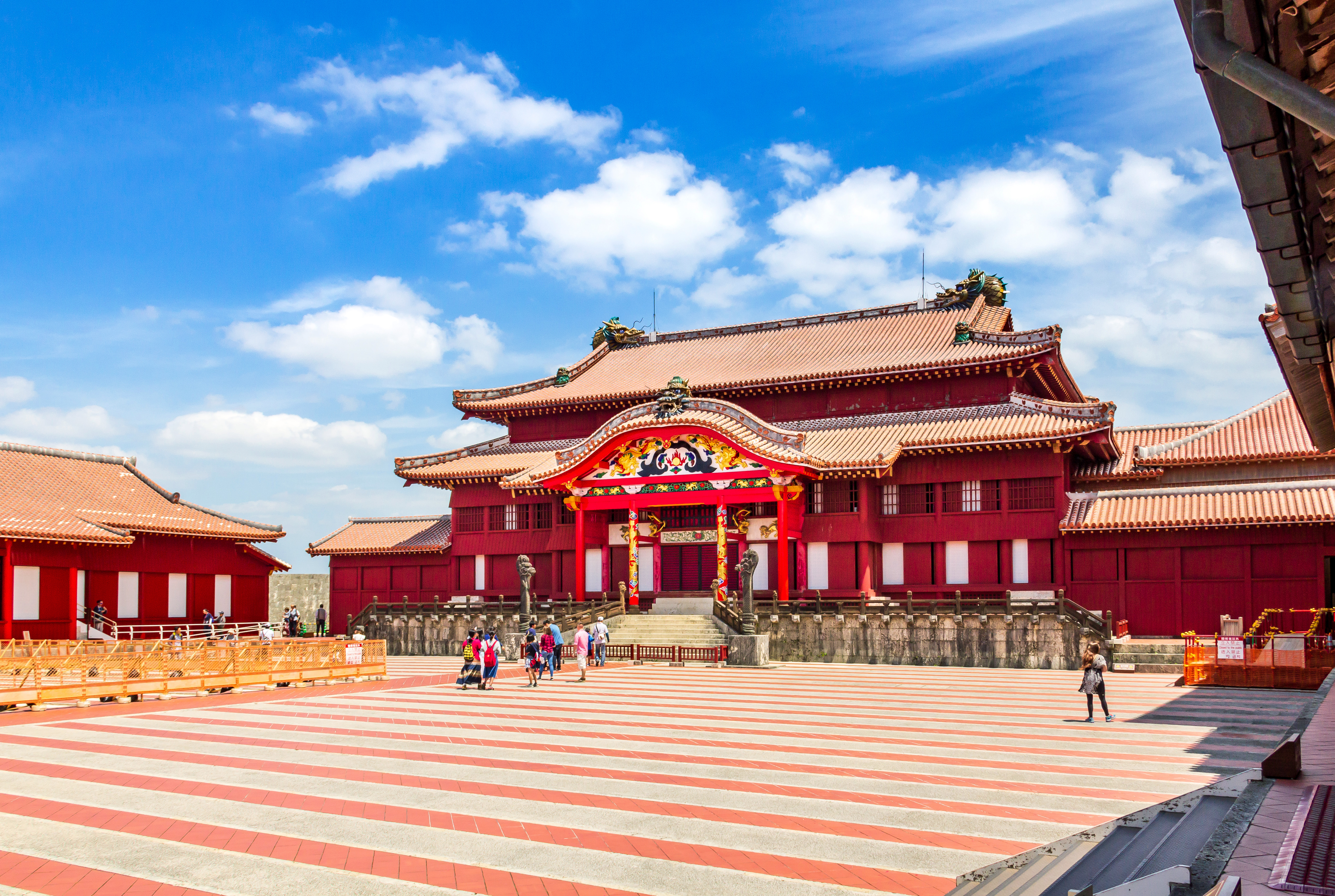 For the French part:

- Gilles Drouin, Institut Supérieur de Liturgie - Delegate of the Archbishop of Paris for the liturgical and cultural development of Notre-Dame Cathedral;

For the Japanese part:

- Kurayoshi Takara, Professor Emeritus of the University of the Ryukyus. Chairman of the Technical Committee for the Reconstruction of Shuri-jô Castle established by the Japanese government, Ryukyu historian.

General Jean-Louis Georgelin, General of the Army, President of the Public Establishment in charge of the restoration and conservation of Notre-Dame de Paris, closed the conference.