The Raymond Lemaire Fund aims to encourage young heritage professionals to develop their skills through training and to welcome them within ICOMOS. It is administered by the ICOMOS International Secretariat under the supervision of the ICOMOS Board.

In 2015, the Fund awarded its first 8 scholarships to young professionals or students (aged 21-30 in year of application) exercising their activities or studies within ICOMOS’ area of expertise of furthering the conservation, protection, use and enhancement of the world’s cultural heritage. 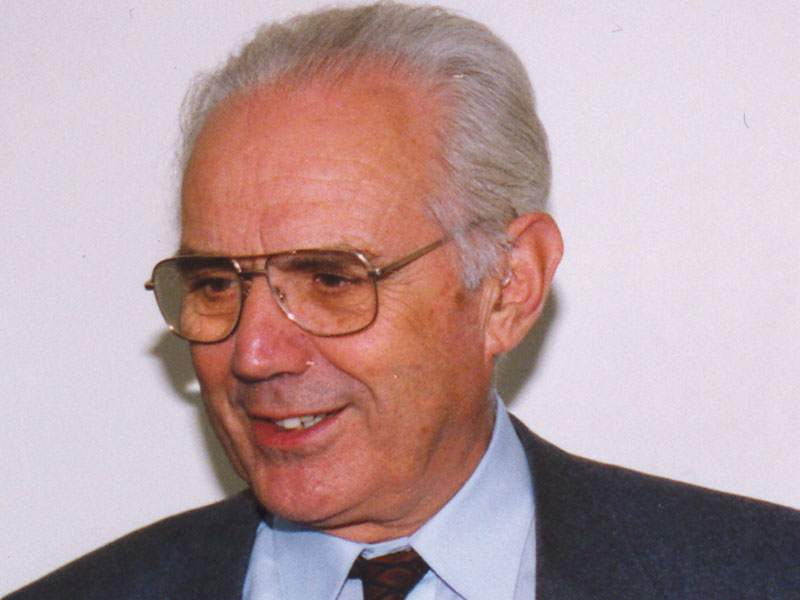 Born on 28th May 1921 in Uccle, Brussels, into a family of architects, Raymond Lemaire was trained in History, Art History, and Archaeology at the Catholic University of Louvain. His doctorate thesis (1949) was on “The Origin of the Gothic Style in Brabant”. A lecturer since 1947, he was appointed to a professorship in 1954.

He is one of the authors of the “Venice Charter”, which he drafted during the 2nd International Congress of Architects and Monument Technicians in 1964, at the request of his colleague and friend Piero Gazzola. The “Venice Charter” later became the basis for the creation of ICOMOS in 1965. After almost ten years as Secretary General of ICOMOS, Raymond Lemaire succeeded Piero Gazzola as President of ICOMOS in 1975.

A teacher in many Universities, Raymond Lemaire was above all a “visionary, a master and a conservator without equal”, in the words of Dr. Roland Silva, past president of ICOMOS. During his life, he was particularly concerned with the education of young professionals. In 1976, he founded, as part of the College of Europe in Bruges, the Centre for Conservation of Historic Towns and Buildings, under the patronage of ICOMOS. In 1981, the Centre moved to the K.U.Leuven. It has up to this date trained more than 700 young heritage professionals and today bears the name “The Raymond Lemaire International Centre for Conservation” (RLICC).

In her tribute at his funeral in 1997, Françoise Choay summed up the essence of Raymond Lemaire’s personality as follows: “For all of us who came from the four corners of the world to the Centre to study, search, work, explore our potential, for all us students, educators, researchers, and also for his colleagues, he was simply ‘The Professor’: an affectionate designation which did not just indicate his knowledge and authority, but also the effect of his presence, that fatherly spirituality which, in conversation with him, made the other person bring out that what was best in themselves”. This, then, shall also be the aim of the Raymond Lemaire International Fund.

Making a contribution, whether large or modest, to the Raymond Lemaire Fund is to participate in the development and success of a highly motivated young professional, and to ensure a better training of future generations and thus a better future for heritage conservation.

By enabling young professionals to hone their skills all over the world, you will help them to develop that frame of mind so dear to Raymond Lemaire: learning to respect the differences of conception and sensibility of all peoples and all civilisations.

You can make a donation by:

We thank you in advance for your contributions!

An additional reason to give!

ICOMOS Belgium, who is at the origin of this Fund, has very generously pledged to match each 4 € donated with a 1 euro donation by the Committee. So, for example, if we raise 20 000 € through your collective donations, ICOMOS Belgium will donate an additional 5000 €.