ICOMOS is reflecting on its doctrinal input and good practices on topical themes involving the conservation of cultural heritage. To this end, ICOMOS has set up working groups comprising various ICOMOS members and heritage professionals: architects, archaeologists, professors, researchers and scientists.

The outcomes of these groups can be the drafting of a charter as well as the implementation of practical activities (working sessions, workshops). 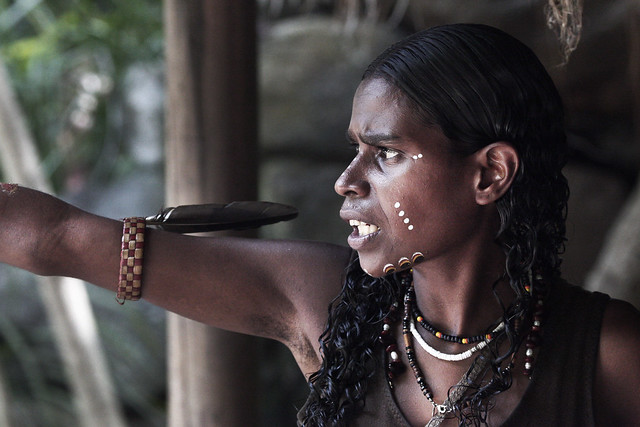 The Our Common Dignity (OCDI) started as an ICOMOS initiative in 2007 and expanded in 2011 as a cooperation for the Advisory Bodies to the World Heritage Convention (ICCROM, ICOMOS, IUCN) under the coordination by ICOMOS Norway. The main objective of the initiative was building awareness of rights issues in World Heritage and heritage management in general, to promote “good practice” approaches and to develop and promote relevant tools and guidelines, in particular for World Heritage from tentative lists and nominations through conservation and management of the sites.

An ICOMOS OCDI working group was set up by the Board in 2011, consisting of members from ICOMOS Norway, India, South-Africa and Australia. This was a result of an understanding of community engagement and rights issues being an overreaching topic which should be an integrated part of ICOMOS’ members ethos and work. The Board preferred the creation of a transversal working group instead of an International Scientific Committee.

The OCDI working group has cooperated with several committed ICOMOS members, representing the diversity of our organisation. The work of the OCDI was recently recognised in the report by the Special Rapporteur in the field of cultural rights - "Cultural Rights: 10th Anniversary Report" (A/HRC/40/53).The most recent OCDI initiative was the adoption of a Declaration in celebration of the 70th anniversary of the Universal Declaration of Human Rights: The ICOMOS Advisory Committee, meeting in Buenos Aires on 5 December 2018, adopted the Buenos Aires Declaration encouraging ICOMOS members, Committees and groups to:

In ICOMOS 2018 General Assembly in Buenos Aires, the OCDI working group issued a call to all National Committees and International Scientific Committees to showcase how they have been working over the last years on "participation and cultural heritage conservation". The focus has also been expanded from World Heritage to Cultural Heritage. 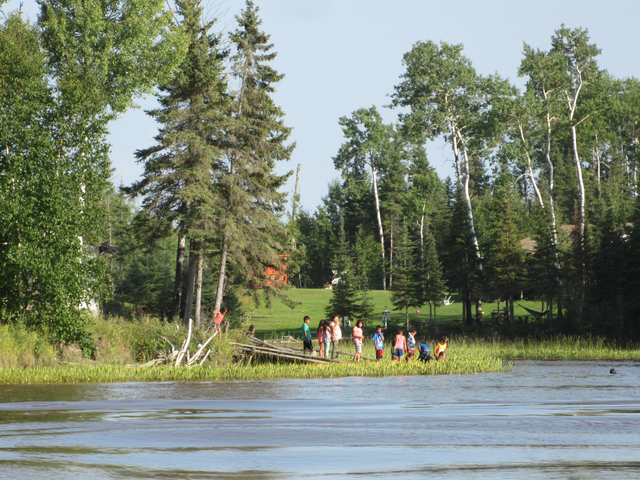 The Working Group on Indigenous Heritage is an international multi-disciplinary initiative that aims to better understand the different facets of Indigenous heritage.

Indeed, at the General Assembly in Delhi in 2017, ICOMOS members voted unanimously on a resolution on indigenous heritage. This resolution is in line with the objectives of the World Heritage Convention, a large number of international charters and national committees, as well as on the declaration of Nara on authenticity. Its purpose was to emphasize the need to focus on the complex dimensions of this heritage in order to better equip the organization and contribute to its protection.

The resolution emphasizes the following points:

“Recognizes that the definition and conservation of Indigenous cultural heritage requires the development of guidance that reflects the form and nature of this heritage;

Further acknowledges that the inclusion of Indigenous peoples and of their perspectives in the development of this guidance is a goal that needs to be pursued through the work of ICOMOS National and International Scientific Committees;

Resolves to set up a working group composed of ICOMOS National and International Scientific Committees members within the first year following the adoption of this resolution. The mandate of this working group is to develop guidance on the theory and best practices related to the identification and conservation of Indigenous cultural heritage. A secretariat may be hosted by one of the National Committees to support the work;

Following this resolution, a group of professionals from different backgrounds was formed to set the initiative in motion. ICOMOS Canada offered to set up a secretariat to coordinate a working group.

The immediate priorities of the group are: 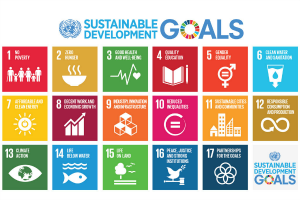 The global community of policy-makers, governments and activists is witnessing a historic time of transition in the past two years, as the United Nations has renewed
its commitment to sustainable development with the conclusion of the Millennium Development Goals (of 2000-15) and the adoption of Agenda 2030 for Sustainable
Development, including 17 ‘Sustainable Development Goals’ (SDGs) (#GlobalGoals) in September 2015, and of the New Urban Agenda (NUA) in October 2016.

ICOMOS has also been closely engaged with the topic of sustainable development in recent years, having held major scientific events and issued policy documents to highlight the vital role of cultural heritage within the sustainable development process. Since the adoption of the UN Post-2015 agenda, ICOMOS’ mission has shifted to the  implementation of Agenda 2030/ SDGs and the NUA from the perspective of cultural and natural heritage, within the framework of the ICOMOS mandate and collaboration with strategic partners. 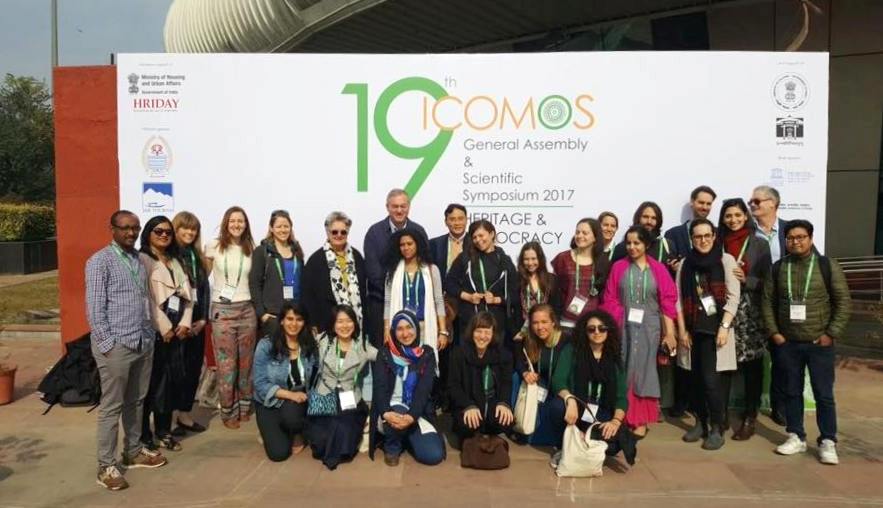 The ICOMOS International EPWG was established in 2017, in response to the 2016 ICOMOS Annual Report's call for expansion of the Emerging Professional membership base. Nine resolutions were passed at the 19th ICOMOS General Assembly, in Delhi, India, that constituted the roles and scope of activity undertaken by the EPWG (Resolution 19GA 2017/33 – Emerging Professionals Initiative). International and regional teleconferences are organized by the EPWG, to track the progress of ongoing initiatives, share updates, and further engage emerging heritage practitioners, in the role of an ICOMOS Working Group.

The current Emerging Professional representative on the ICOMOS International Board is Clara Rellensmann (ICOMOS Germany), elected at the General Assembly, in Delhi 2017.

Activities of the 2018 International Day of Monuments and Sites

The 2018 theme of the ICOMOS International Day for Monuments and Sites (“IDMS”) is Heritage for Generations, led by the ICOMOS Emerging Professionals Working Group. The International Day of Monuments and Sites 2018 was an opportunity to recall the importance of intergenerational exchanges in safeguarding and promoting heritage. Activities were aimed at fostering fruitful inter-generational dialogue. These included conferences, training sessions, roundtables, poster campaigns, evenings with younger and older members professionals and non-professionals, and interactive tours of heritage sites. The central strategy of the IDMS focused mainly on the dissemination of information on events on social networks. Here is the events list of IDMS 2018: https://www.icomos.org/en/focus/18-april-international-day-for-monuments-and-sites/events2013

Submitted images of the various IDMS events were uploaded to the ICOMOS Photobank. These images will be used for future programmes of ICOMOS, particularly on the topic of “Presentation and Transmission of Heritage”. All photo contributions were named “2018 IDMS #heritage4generations”, which can be found here: https://www.icomos.org/en/mediatheque

Interim Report of the EPWG, shared at the Europe Meeting in Helsinki, 7-10 June 2018. 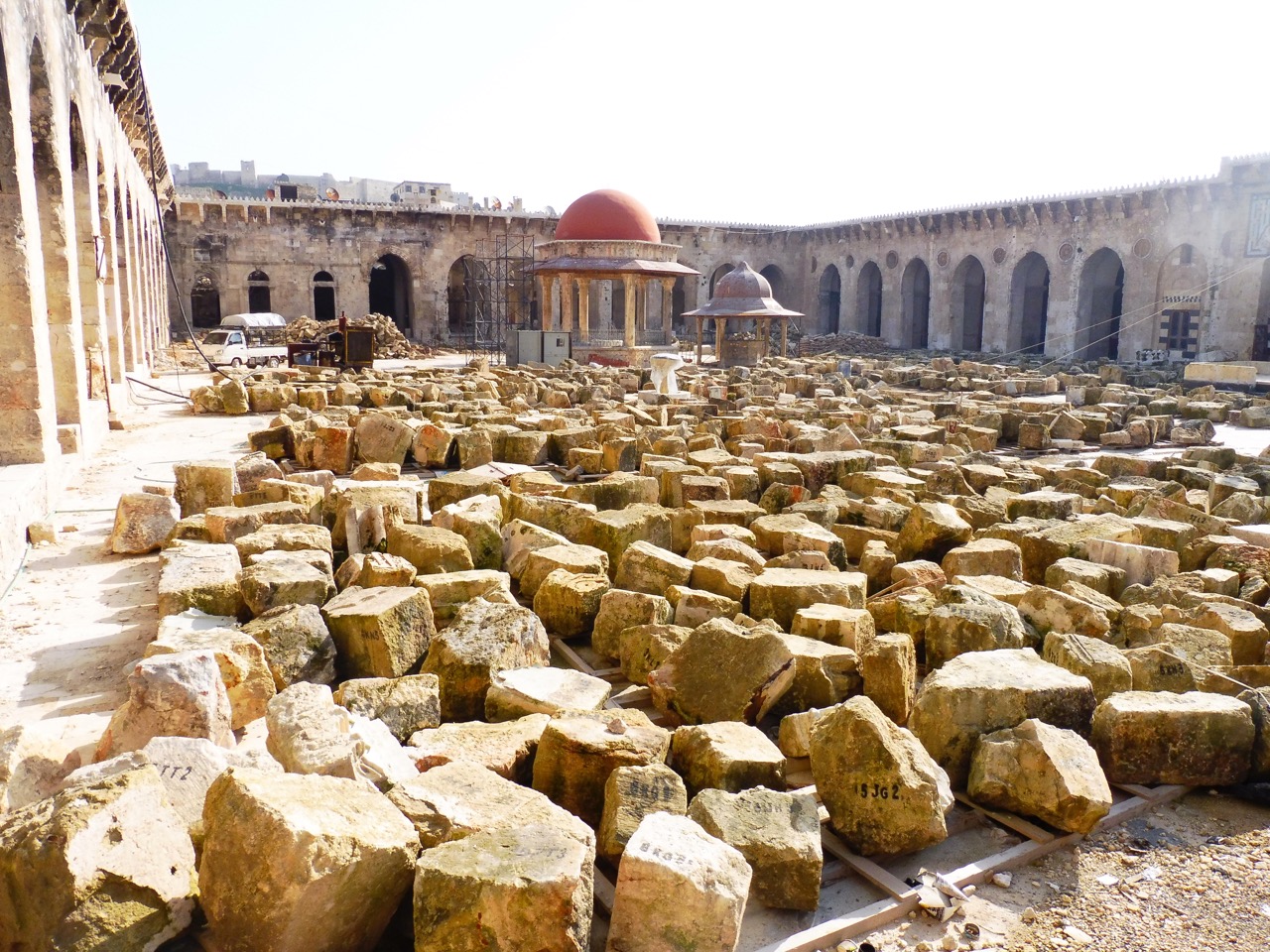 The ongoing crisis in the Region including Syria and Iraq has had devastating effects in terms of human suffering as well as cultural Heritage destruction. In post-conflict phase, large-scale hasty demolition and reconstruction may also threaten the authenticity and integrity of heritage if no adequate guidelines for reconstruction, rehabilitation and recovery are provided.
The 18th ICOMOS General Assembly, meeting in Florence, November 2014, unanimously adopted a resolution requesting the Executive Committee to continue to respond to this tragedy by tasking the ICOMOS Working Group on the safeguarding of the cultural heritage in Syria and Iraq, in cooperation with UNESCO and other international and national partners to coordinate the activities of ICOMOS related to fostering cooperation and exchanges, as long as the present conflict and its subsequent consequences continue.

• Monitoring and Evaluating the Situation
A permanent monitoring of the situation in the war-torn Region, including documentation and field visits, allows an up to-date useful knowledge and understanding of challenges, needs, opportunities, actors and stakeholders. A data basis is being assembled with trilingual information (AR-EN-FR).

• Participating in high level Reflections and Exchanges
Thanks to its expertise, the WG actively participated in dozens of international meetings, workshops, seminars or colloquia in Europe, the Arab region and the United States.

• Developing Information and Awareness
Providing interviews to the media and papers in scientific publications. Promotion of "ICORP on the Road” video project.

• Providing Advice and Assistance
Advisory assistance to World Heritage monitoring, to national committees setting up and to local agencies and authorities urgent requests.

• Participating in Global International Programmes
The Working Group has actively participated in the definition and implementation of a EU funded UNESCO program for the Safeguarding of Syrian Heritage, based in Beirut, as well as in the preparation of the new ALIPH fund for the Protection of Heritage in Conflict areas.

• Undertaking Projects in Partnership
Thanks to external multi-disciplinary partnerships, ICOMOS became involved in activities that its own budget would not allow. This is the case of two projects: ANQA ("phoenix" in Arabic) and AMAL ("hope" in Arabic). 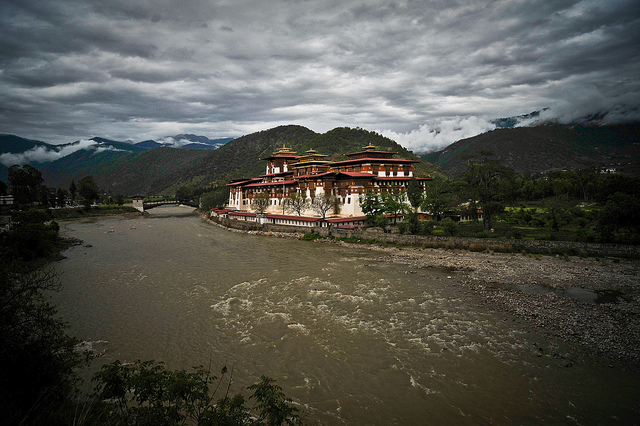 (1) Develop and coordinate ICOMOS inputs into the update of the 2007 World Heritage Committee “Policy Document on the Impacts of Climate Change on World Heritage Properties.” This will include soliciting and collecting inputs from various ICOMOS constituencies including National Committee and International Scientific Committees, synthesizing those inputs and offering them in a timely and helpful matter to the joint UNESCO-ICCROM-IUCN-ICOMOS Policy update process. Target completion date: July 2019.

(3) Coordinating the drafting of a new ICOMOS Charter on Climate Change and Heritage. A charter is ICOMOS’s most formal type of international doctrinal document, addressing heritage and conservation as a discipline. The consideration and adoption of charters is governed by specific procedures set out in the ICOMOS Rules of Procedure. The pursuit of Charter as a capstone to the WG efforts is advisable both because the outcome will provide authoritative guidance on best practices for the managing of heritage in the face of climate change but also because the inclusive process is required for charter consideration is perhaps the most comprehensive way to engage ICOMOS members on a topic. The charter is expected to be a map to the Policy Document but will include all types of cultural heritage (not just World Heritage) and may extend to areas that the WHC chooses not to include in its Policy for political or other reasons. Target completion draft: October 2019 (final draft submission at ICOMOS annual general meeting; Rabat, Morocco); October 2020: adoption at the 20th ICOMOS General Assembly (Sydney, Australia).

Photo: © Asian Development Bank / Flickr. Punakha Dzong is also called Pungtang Dechen Photrang Dzong, which means "the palace of great happiness". In 1994, floods nearly destroyed the Punakha Dzong, when the two rivers surrounding the fortress swelled to over flowing. Bhutan is often mentioned as one of the world's climate change "hot spots".