Statement on GA2020 and the ICOMOS 2023 General Assembly 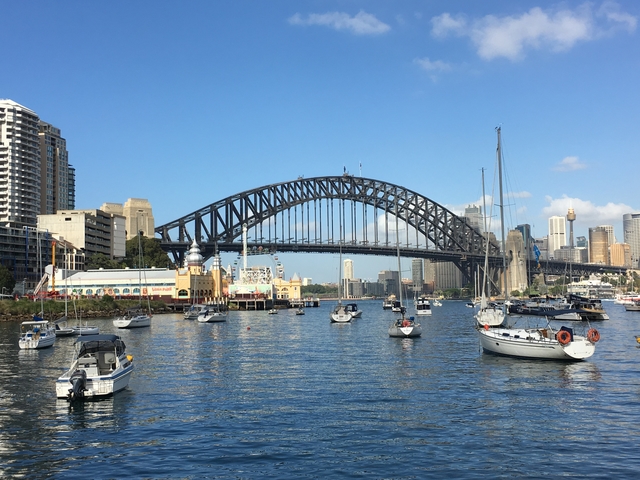 I have the pleasure of informing you that the ICOMOS Board, in agreement with the Advisory Committee officers, has accepted the generous offer by Australia ICOMOS to host the 2023 triennial ICOMOS General Assembly in Sydney.

Following the difficult decision our Australian colleagues had to make with regards to the GA2020 - into which they had invested an impressive amount of energy, planning and funds - we are extremely grateful to Australia ICOMOS and all its members for making this alternative proposal in a record time, transforming a disappointing situation into a positive perspective, and for their constant commitment to ICOMOS.

We also thank the Australian Convenor, Richard Mackay and the Scientific Symposium Co-Chairs, Steve Brown and Ona Vileikis, for accepting to again serve for the GA2023 to ensure continuity and build on the work already accomplished.

On behalf of Australia ICOMOS, it is a pleasure to invite you to Sydney for the 21st Triennial General Assembly of ICOMOS in September 2023.

The 2023 General Assembly will be an extra special opportunity to be together and enjoy the natural and cultural beauty of Sydney. We look forward to sharing knowledge, promoting excellence in practice and enjoying the company of colleagues from around the world.

Australia ICOMOS thanks the ICOMOS Board and our many international friends for their support. With the generous assistance of the Australian and NSW State Governments and the City of Sydney, we are thrilled to bring an ICOMOS General Assembly to the Pacific region for the first time.

From 1-9 September 2023, the General Assembly will be held in world-class facilities, including our stunning new International Convention Centre, and offer an exciting program of site visits, workshops, lectures, expert meetings and social gatherings in the inspirational setting of Sydney Harbour. Sydney has vibrant Indigenous and multicultural communities who will actively contribute to the General Assembly.

A visit to Sydney is the start of exploring the natural and cultural heritage of Australia!

Please join us at the General Assembly – Australia ICOMOS members look forward to meeting you in Sydney in 2023.

Further information about ‘GA2023’ will be made available in due course, once the situation regarding COVID-19 and implications for global travel and economic recovery have become more apparent, and preliminary plans are in place.

In the meantime, the GA2020 registration process has been suspended, and the GA2020 website will not be updated further. Registered delegates, those who have submitted abstracts and other interested parties will be contacted directly, as information about options and arrangements for the transition to 2023 are determined.

Australia ICOMOS will continue to place the health and safety of GA2020 delegates, ICOMOS members, and event and venue staff at the forefront of our decision making.

Australia ICOMOS will host an online ‘marker’ event in October 2020 to acknowledge the enormous support and goodwill shown towards planning GA2020.

Australia ICOMOS remains committed to supporting and enriching the global work of ICOMOS and looks forward to welcoming delegates to Sydney for GA2023 in September 2023!