ICOMOS Japan: The Great East Japan Earthquake, Report on the Damage to the Cultural Heritage 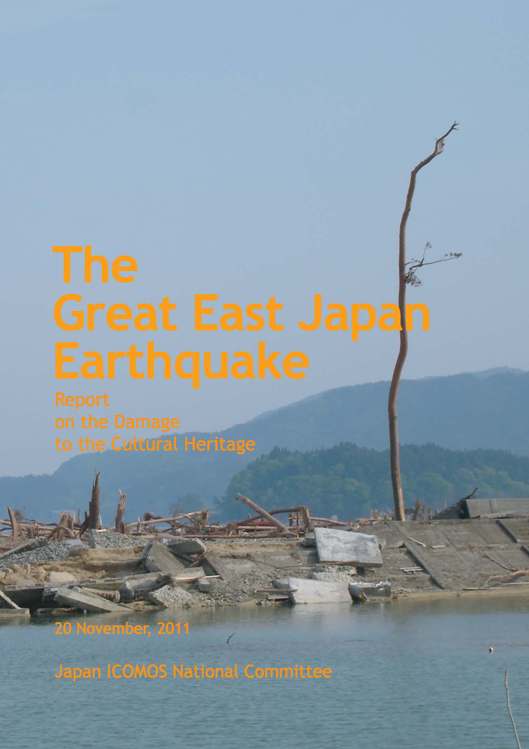 The Tohoku Earthquake (East Japan Great Earthquake) which occurred on 11th March 2011 was a tremendous earthquake measuring magnitude 9.0. The tsunami caused by this earthquake was 8-9m high, which subsequently reached an upstream height of up to 40m, causing vast and heavy damage over a 500km span of the pacific east coast of Japan. The total damage and casualties due to the earthquake and subsequent tsunami are estimated to be approximately 19,500 dead and missing persons; in terms of buildings, 115,000 totally destroyed, 162,000 half destroyed, and 559,000 buildings being partially destroyed. 8 months after this tragedy, the aim of this document is to bring to the public a comprehensive and detailed report of the state of damage to cultural properties and to become an important reference for experts in the countries which share the same concern.