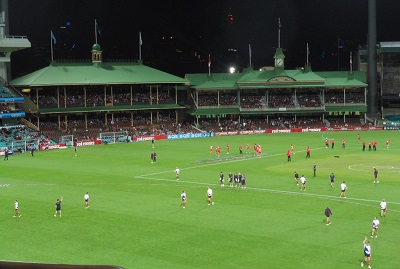 The 2016 theme for the ICOMOS International Day on Monuments and Sites celebrated on 18 April is: The Heritage of Sport

The Olympic Games will take place in Rio de Janeiro, Brazil, in August 2016. ICOMOS wishes to dedicate the 2016 International Day for Monuments and Sites to the heritage of sports, since sports have developed from the origin of mankind onwards and have left testimonies to the diversity of installations and facilities related to their practice, many of them bearing outstanding values related to the development of architecture, art and techniques.

The history of sports extends as far back as the most ancients cultures in the world and can teach about social practices and how the human being has developed particular skills. Prehistoric cave paintings in several regions show scenes related to sprinting, wrestling and swimming. Several types of ball games, as well as various sports such as wrestling, swimming, rowing, and athletics were already well established in ancient Egypt, as evidenced by the monuments of this civilization. Ancient Greece saw the first formal institutionalisation of sports, notably through the Olympic Games, the first of which were recorded in 776 BC and continued to be celebrated until 393 AD in Olympia. 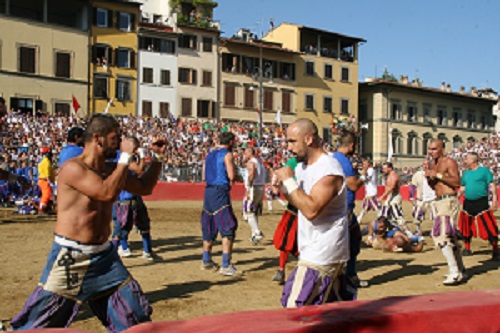 Since the Middle Ages, whole village communities in England and Ireland have competed with each other in rough ballgames, whilst in Florence the practice of Calcio fiorentino was originally limited to the aristocracy. Combat sports such as fencing and jousting received the patronage of the aristocracy throughout Europe.

Whilst there is debate on the origin of modern team sports, particular sports were spread around the world by European colonialism. With the increase in leisure time brought about by the advent of the industrial era, sport became less elitist and more accessible. From 1896 onwards, the modern Olympic Games, together with the Football World Cup whose first edition took place in 1930, have become two of the most important events at the international level. Certain tennis and motor racing competitions also attract a large public interest. 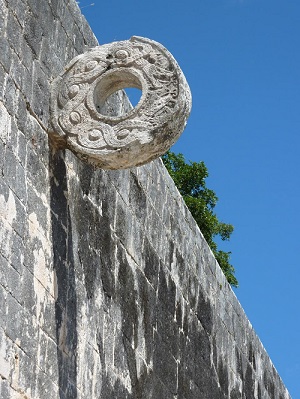 The practice of sports has led to the creation of specific facilities (stadia, grounds, circuits, courts, etc.), which not only bear witness to the development of the sports themselves but also to the evolution of architectural design, use of technology and aesthetic expression over time. From Greek and Roman stadia or pre-Hispanic ball courts in Middle-America to modern high-tech installations now found worldwide, many of these buildings and ensembles carry significant values related to history, architecture and techniques and have become part of our cultural heritage. In other cases, sporting activities involved the special use of particular urban spaces or territories. Many of these places are protected or included in protected sites or areas, whilst others are unfortunately not recognized as heritage components and subject to neglect and decay.

Dedicating the 18 April 2016 to the heritage of sports has the purpose of celebrating the role of sports in the improvement of human life through the recognition and enhancement of specific types of monuments and sites; raising awareness on their values and the role they hold in shaping the cultural identity of concerned communities, at national, regional or local levels.

ICOMOS Committees are therefore kindly invited to organize activities related to the heritage of sports, with the aim of raising awareness of its values and, in some cases, the requirements for adequate protection. Possible activities include, among others, conferences, lectures, press releases, round tables, visits to heritage properties, etc. Committees are encouraged to invite local communities to actively participate in this celebration.

Please inform the ICOMOS International Secretariat on planned 18 April events at the latest by 28 February 2016 so that we can publish them on the ICOMOS website and share your activities among the members of the world-wide ICOMOS family.

Please send the information to: calendrier@icomos.org using the format below (please use short sentences to enable a concise presentation and mention “18 April event – your country” in the email subject line) :

Title of your event
Who? Organizers
What? Short presentation of the event
When?
Where? Country, town, address
Official contact
Official website
Attachments: Poster / leaflet