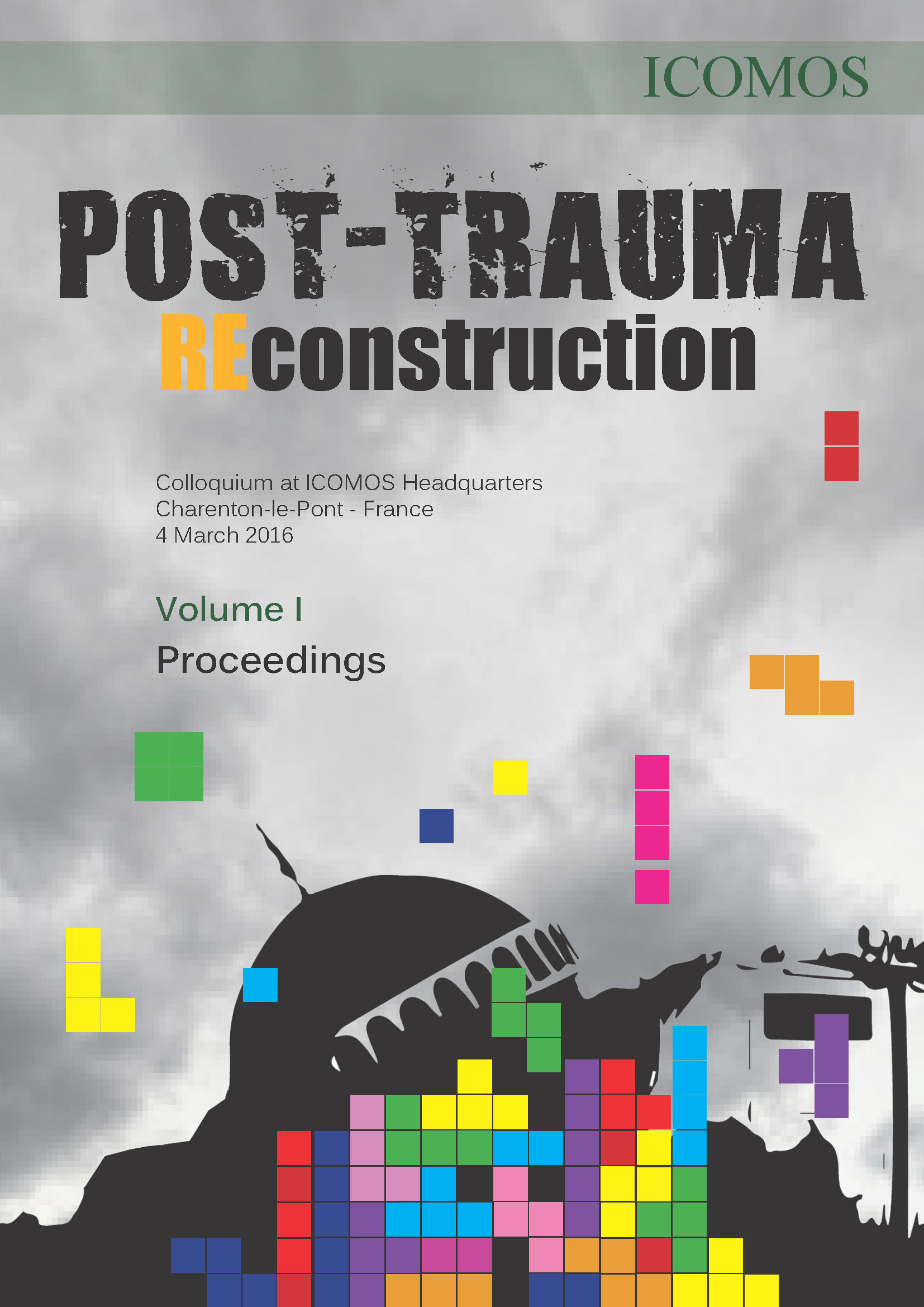 The proceedings of the colloquium on post-trauma reconstruction, which was held at the ICOMOS headquarters in Charenton-le-Pont on 4 March 2016, are now available online.

The symposium, which hosted about 75 participants, took place in two parts: six keynote speakers gave short presentations in the morning, before thematic discussions were held in small groups during the afternoon.
The proceedings of the day are presented in two volumes. The first volume includes a summarized version of the speakers' presentations, followed by a global report of the group discussions and an overall conclusion as to the next steps. As for the second volume, it contains the long version of the presentations and the detailed discussions of each group.