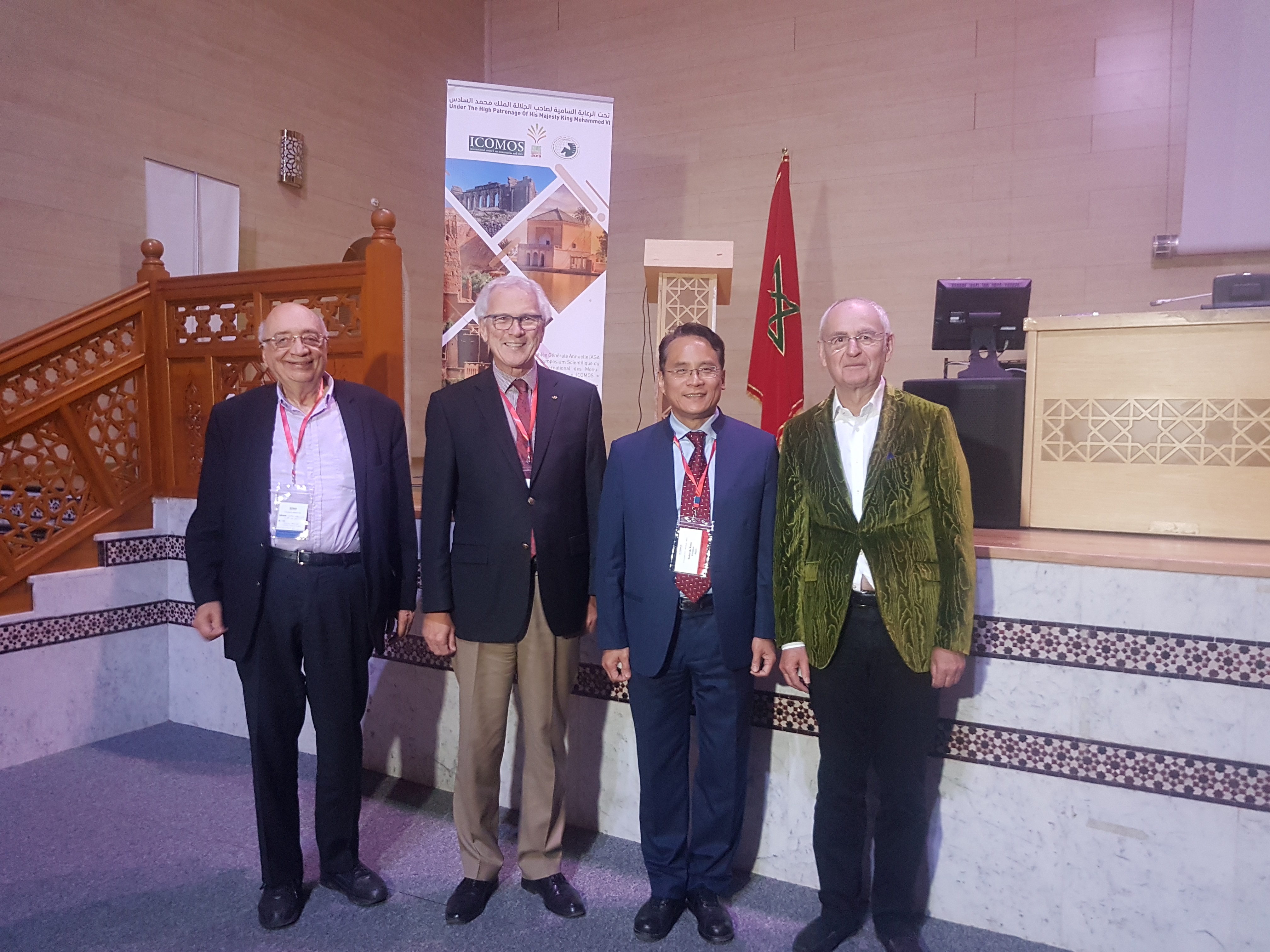 ICOMOS and the Organization of World Heritage Cities (OWHC) have renewed their Memorandum of Understanding during ICOMOS 2019 Annual General Assembly in Marrakesh, Morocco.

In particular ICOMOS and OWCH will work on, through CIVVIH, the theme of preservation and development of world heritage cities, and through other ICOMOS International Scientific Committees, working groups, and focal points for example on themes related to cruise tourism, sustainable development, climate change, risk prevention, reconstruction following disasters. Part of this collaboration also includes the mutual promotion of the International Day for Monuments and Sites (April 18), the Solidarity Day of World Heritage Cities (September 8) and Urban October (UN-Habitat).

The MoU, which was first signed in 2013, has the main objective of establishing a framwork to foster cooperation between OWHC and ICOMOS in various areas including in the research and development of improved approaches to the conservation and management of World Heritage Cities, and in particular: