Together, we have raised 15 000€ for ICOMOS Culture-Nature initiatives! 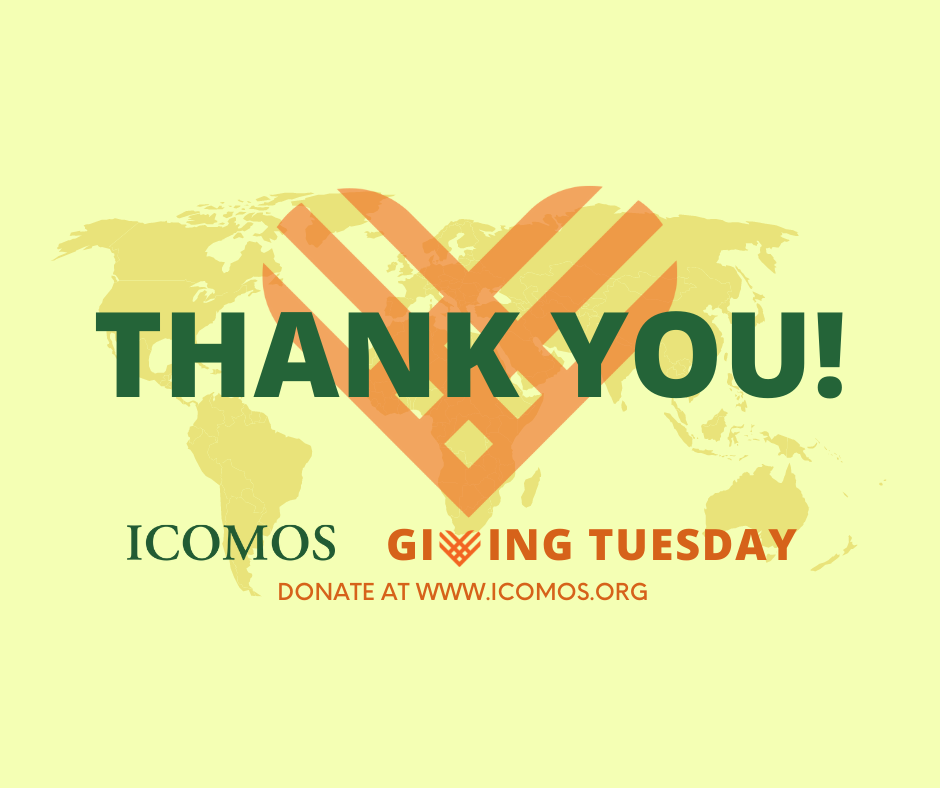 This year, ICOMOS took part in GivingTuesday 2021. Thanks to your donations, we have raised 15 000€ to fund the ICOMOS Culture-Nature Prize which will be awarded next year to the most promising Culture-Nature initiatives undertaken by ICOMOS members.

In recent years, ICOMOS has increasingly worked with Culture-Nature approaches to heritage including through projects and initiatives such as Connecting Practice, the CultureNature Journey and the Nature-Culture Thematic Community.

We thank all the individuals who took part in our campaign, every donation, big or small, made a difference and helped us to reach our goal! We also thank the ICOMOS National Committees and International Scientific Committees as well as the two foundations, the New England Bio labs Foundation and The Ocean Foundation who supported our campaign. We also thank in particular, Lassana Cissé, Ian Travers, Leanna Wigboldus and Arturo Rey da Silva, four ICOMOS members involved in Culture-Nature initiatives and ICOMOS President Teresa Patrício for their participation!

Listen to their messages on the importance of Culture-Nature initiatives

We thank you again for your support of ICOMOS activities! Thanks to your efforts we will be able to support the most promising Culture-Nature initiatives by ICOMOS members and further ICOMOS’ work on Culture-Nature approaches to heritage.

ICOMOS' Work on Connections between Culture and Nature