ICOMOS, in cooperation with ICCROM and the Directorate-General of Antiquities and Museums of Syria (DGAM), and in coordination with UNESCO, held an e-learning course for Syrian cultural heritage professionals from 7 to 8 January 2013 at the Damascus National Museum. The course was led by the ICOMOS International Scientific Committee on Risk Preparedness- ICORP. 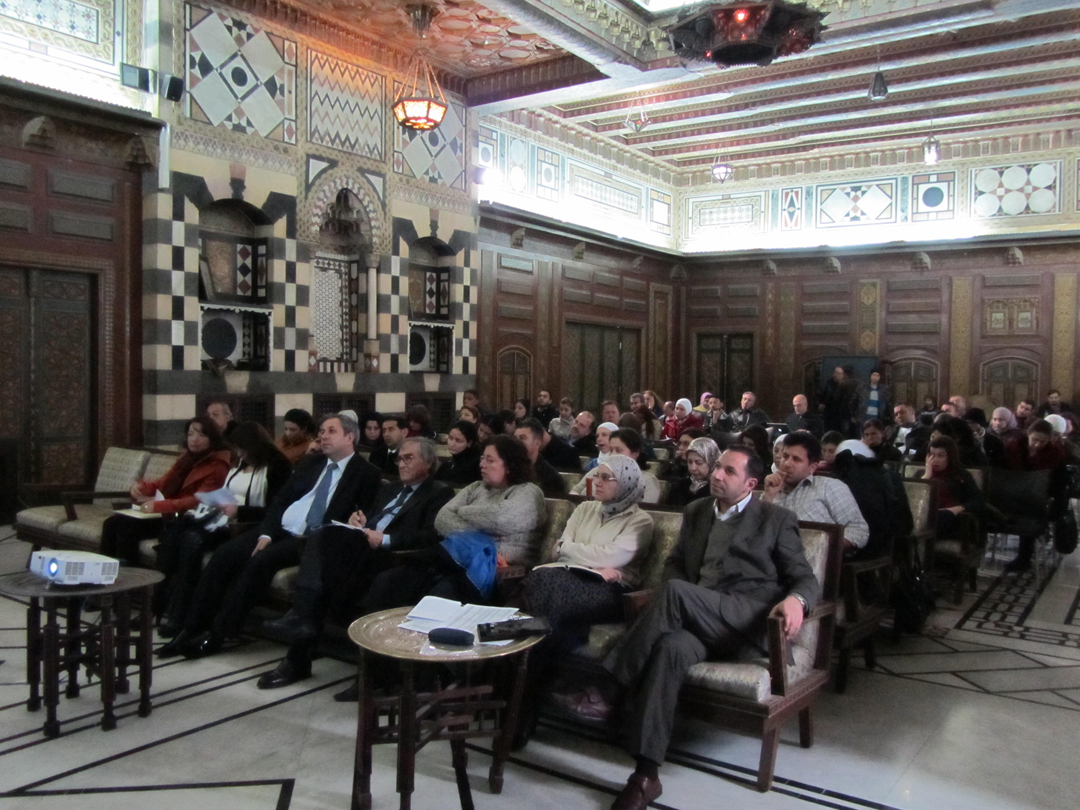 Since its beginnings in 2011, armed conflict in Syria has reached an unprecedented and dramatic level with huge human loss, hundreds of thousands of refugees, and extensive damage to infrastructure and properties. Cultural heritage in all its forms is continuously suffering from the direct and indirect effects of this on-going conflict. Syria’s World Heritage sites together with numerous cultural properties of national and local significance are at serious risk.

The degree and extent of damage necessitates international help, assistance and mobilization for the protection and recovery of Syria’s movable and immovable cultural heritage. ICOMOS is permanently and neutrally monitoring the situation of cultural heritage sites and is in contact with experts from the region. For security reasons, ICOMOS and other international cultural heritage organizations have been unable to undertake assessment and support missions to Syria.

The e-learning course was designed to overcome this obstacle and to improve the ability of Syrian cultural heritage experts to manage and respond to the multi-layered effects of armed conflict on their sites and museum collections, providing essential information about disaster risk management and emergency response, evacuation of collections, assessment of damage, network building, and capacity building for the recovery phase. Timely training towards action and emergency response will increase efficiency now and improve resources later, in the post-conflict phase until peace and stability returns to the country.

ICCROM’s constructive cooperation and its resource persons played a pivotal role in this initiative. The training materials, which have been developed thorough ICCROM’s international courses on First Aid to Cultural Heritage in Times of Armed Conflict, provided knowledge and built capacity for emergency response.

About 75 DGAM managers, directors, curators, architects and staff, including Syrian cultural heritage researchers and experts of conservation, gathered with Syrian members of ICOMOS, university professors, and a few students from the University of Damascus' Faculty of Architecture at the National Museum of Damascus to follow the lectures and exchange with nine trainers from ICOMOS, ICCROM and the UNESCO World Heritage Centre. The trainers made their presentations from their countries of residence: Canada, Spain, UK, France, Italy, Turkey and India.

The Syrian audience welcomed this initiative as a show of professional solidarity from the international heritage community in what is a particularly dramatic situation.

This initiative in a time of conflict may become a benchmark for a “paradigm shift in how we can build capacity and promote awareness for heritage conservation using new information technology”, observes Rohit Jigyasu, President of ICORP, who acted as one of the trainers. 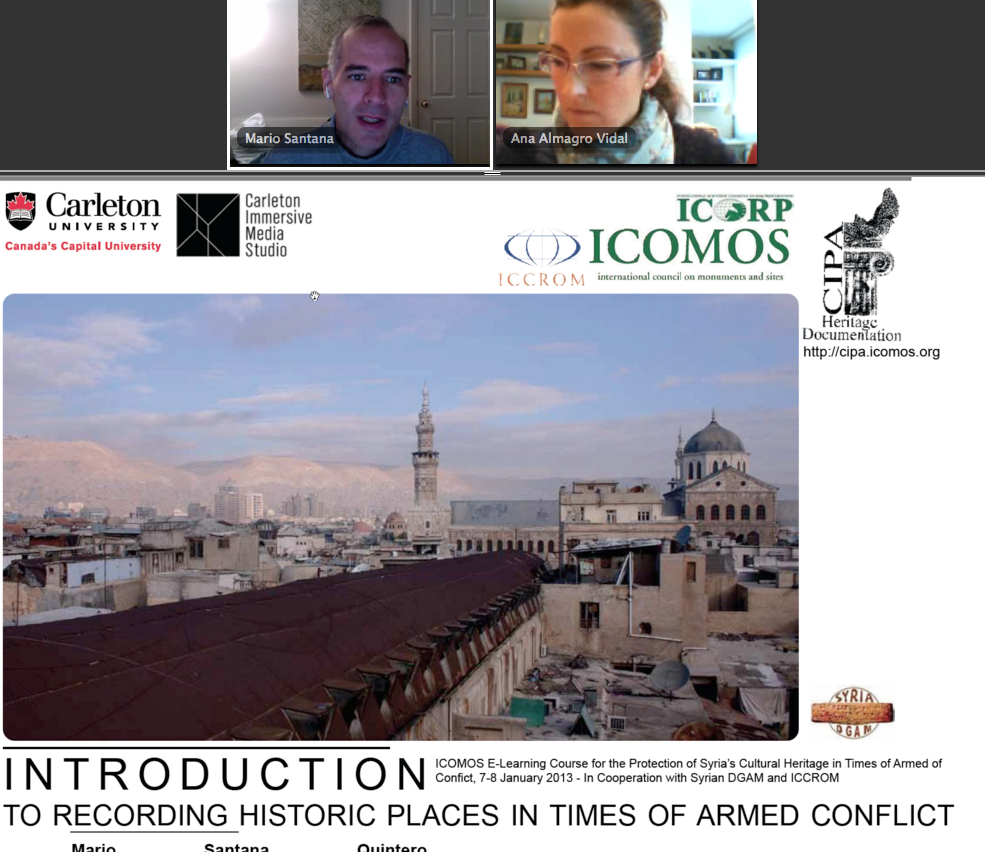 Organised entirely through voluntary contributions by its trainers and coordinators, ICOMOS project management and financial support together with facilities and translation provided by the DGAM, the e-learning course is seen as a first phase in a long-term effort. Further seminars on additional subjects or in other Syrian cities are envisaged, in cooperation with ICCROM and partner organisations. Knowledge, experience and advice may be offered in the recovery phase. Information material gathered will feed into a portal for technical information exchange. Some further activities may however depend on additional international support. See the “How to support us” page on the ICOMOS web site.

In organising the course, ICOMOS and ICCROM call on all parties associated with the situation in Syria to fulfil their obligations under international law in protecting Syria’s precious cultural heritage sites and institutions. A call to abide by the 1954 Hague Convention for the Protection of Cultural Property in the Event of Armed Conflict and to respect museums, monuments and historic cities was repeated at the beginning of course.

ICOMOS, the International Council on Monuments and Sites,is a unique non-governmental, not for profit international organisation, committed to furthering the conservation, protection, use and enhancement of the world’s cultural heritage.It dedicates itself to the development of common doctrines, the evolution and circulation of knowledge, the creation of improved conservation techniques, and the promotion of cultural heritage significance. It gathers over 12100 members from over 133 countries, and benefits of 101 National Committees.

The Directorate-General of Antiquities and Museums of Syria (DGAM) is responsible for the implementation of the Syrian law on Antiquities, archaeological excavations, museums as well as cultural heritage listing, restoration and maintenance. It manages thousands of listed sites across the country, about 180 national and international missions, about 38 museums and has a branch in every governorate. Its activities also include exhibitions and publications. It is placed under the authority of the Ministry of Culture.