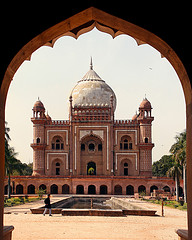 The 19th General Assembly will take place in Delhi, India (please note the new dates) from 11-15 December 2017 (General Assembly and Scientific Symposium) with Pre-Meetings held 8-10 December and Post-Meetings and Events from 16-17 December.

The Scientific Symposium will take place on the issue of "Heritage & Democracy".

Please note the change in dates due to scheduling conflicts with important meetings of UNESCO and ICCROM.