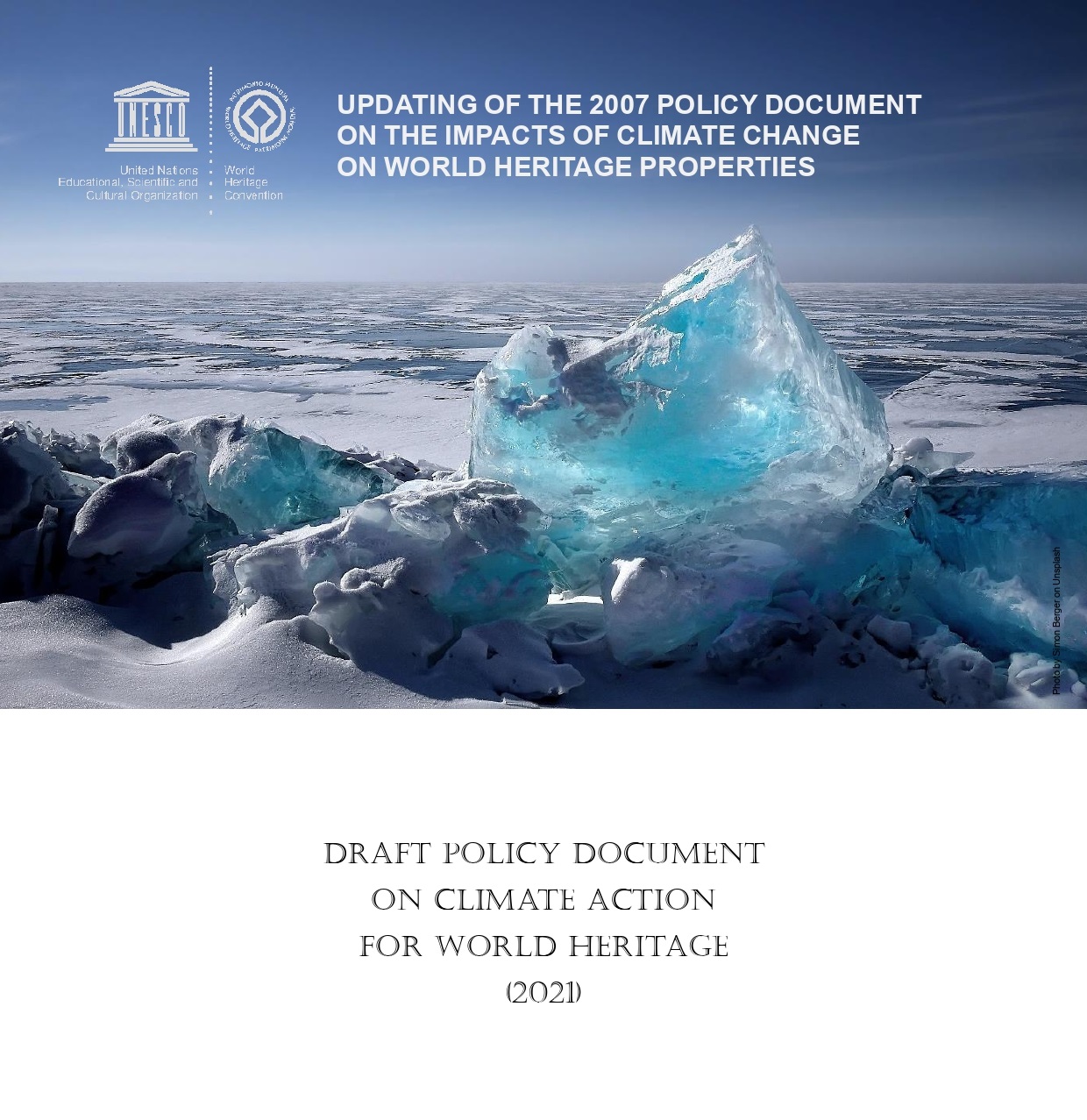 In the years since adoption of the 2007 policy, climate change has become one of the most significant and fastest growing threats to the world and its heritage. Impacts related to climate change are being felt now and at unprecedented scale, across both natural and cultural properties. In 2020, the ICOMOS General Assembly voted overwhelmingly to declare a Climate and Ecological Emergency, noting IPCC reports which find that some impacts may be long-lasting or irreversible.

In 2019 ICOMOS issued its peer-reviewed report The Future of Our Pasts: Engaging Cultural Heritage in Climate Action, which the ICOMOS Climate Change and Heritage Working Group later adapted into a set of 9 concrete recommendations for the policy update. In lending its support to the new draft Policy, ICOMOS’ Board was presented with the findings of its Working Group that these recommendations were well addressed, although challenging issues remain.

ICOMOS hails the draft Policy as “a major step forward in achieving the transformational change required to address climate change for World Heritage.” Among the strengths of the new Policy, ICOMOS notes in particular its recognition of the need for a precautionary approach that pursues pathways limiting global warming to 1.5°C as the most effective approach for the protection of the cultural and natural heritage; alignment with the latest IPCC and IPBES science; integration of nature and culture; and steps to grapple with the potential for loss and damage. ICOMOS also welcomes provisions addressing issues of risk and vulnerability assessment, as well as finance and other enabling conditions.

The draft Policy also makes great strides in establishing coherence between World Heritage policy and climate policy, including the Paris Agreement. As exemplars of climate action, World Heritage properties may serve as demonstration cases to catalyse wider change. By correlating its provisions to key elements of climate action such as adaptation and mitigation, and establishing new 2030 World Heritage Climate Action Goals, the new policy supports realisation of this potential. This coherence also responds to a key request of the participants in the multi-stakeholder online global consultation conducted by UNESCO in late 2019 and early 2020.

The online consultation generated significant feedback from civil society and diverse other stakeholders, including many ICOMOS members. ICOMOS applauds the responsiveness of the new policy to that feedback.

World Heritage properties are in urgent need of support in addressing the causes and impacts of climate change. The draft Policy Document on Climate Action for World Heritage promises to make an important contribution to meeting this need.  For this reason, ICOMOS encourages the World Heritage Committee to endorse the draft policy and to transmit it for review and adoption at the General Assembly of States Parties to the World Heritage Convention to be held later in 2021.

The World Heritage Committee is expected to examine the draft policy on Sunday, 18 July, beginning at approximately 12:00pm Paris Time (CEST).  A livestream of the Committee proceedings is available here: https://whc.unesco.org/en/sessions/44com/