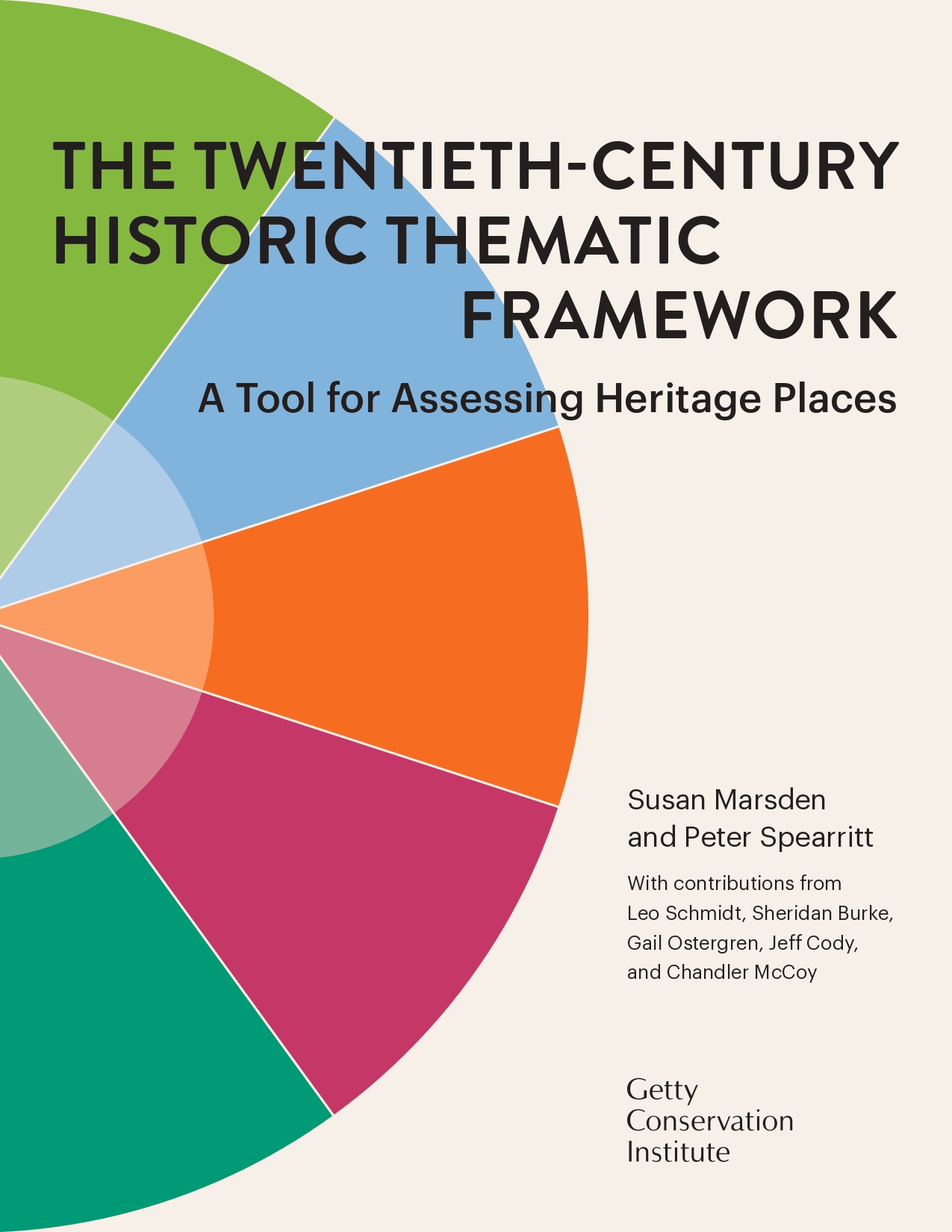 As the 20th century was a time of proliferation of new buildings, cities, and landscapes, the existence of so many potential heritage places from this period can make it difficult for professionals to determine what is significant and why.

This publication provides a structure to help users identify and assess 20th century heritage, which is often the first step needed to conserve and sustain these places. It identifies the principal social, technological, political, and economic drivers that shaped the 20th century globally, distilled into ten succinct historic themes seen in the diagram below: 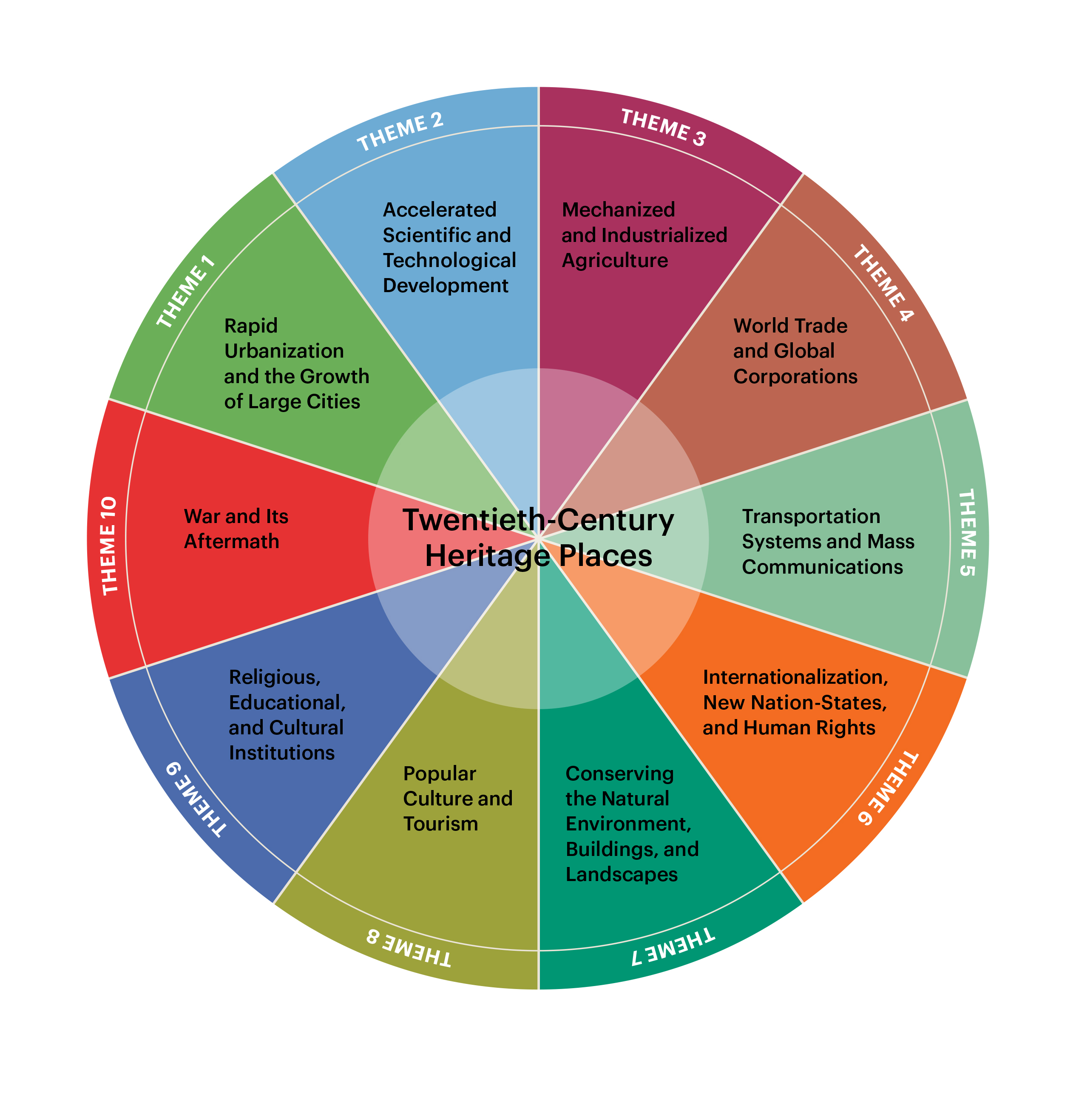 Thematic frameworks are already being used to identify and assess heritage places in countries such as Australia, Canada, New Zealand, and the United States, and internationally by ICOMOS, the UNESCO World Heritage Centre, and other heritage organizations.

The publication is offered for free and can be utilized and adapted by anyone involved in heritage conservation around the world.