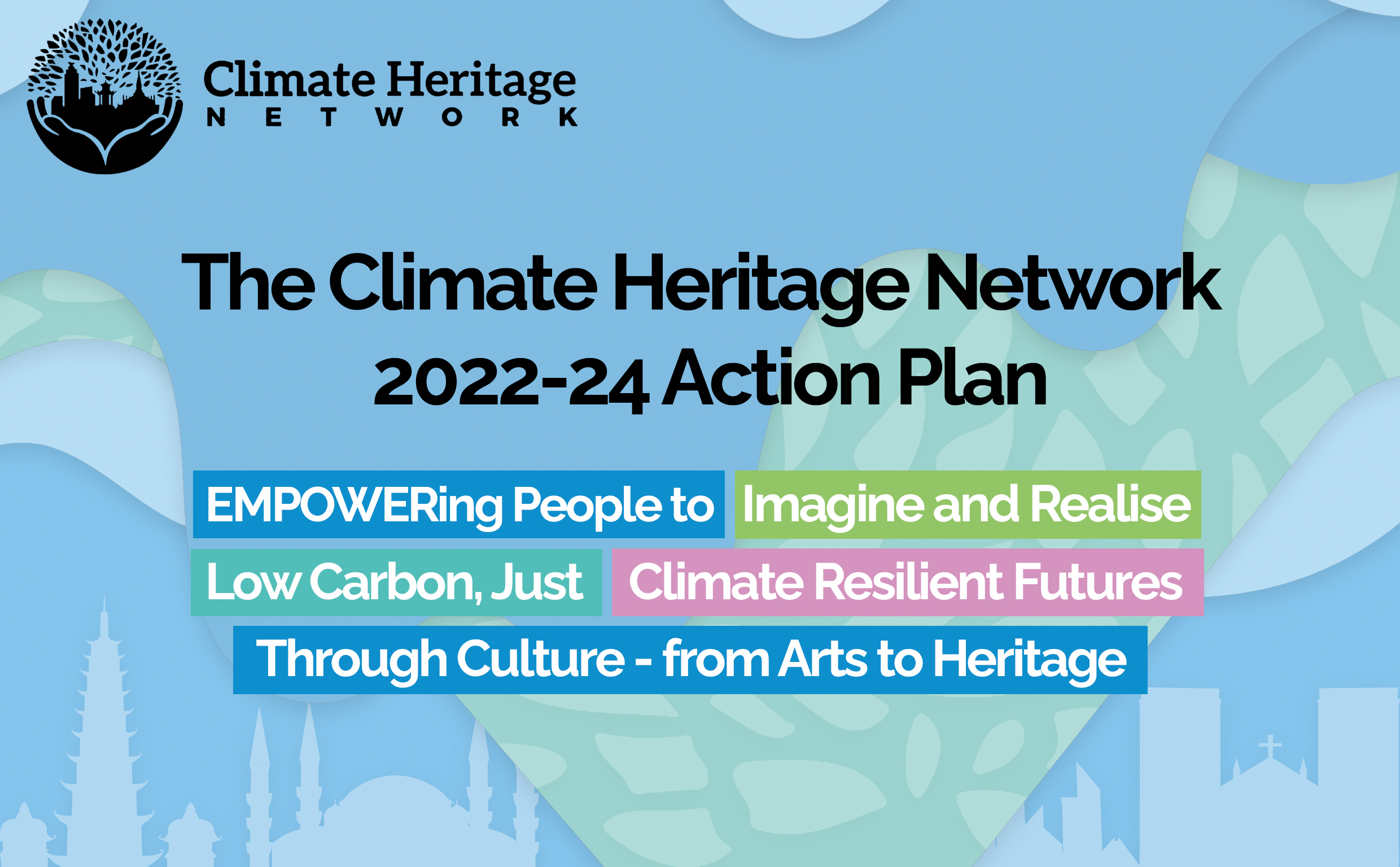 The Climate Heritage Network (CHN), of which ICOMOS is a founding member and its Secretariat, launches new plan to empower people to imagine and realise climate resilient futures through culture - from arts to heritage.
The CHN is a global network of more than 250 member organisations committed to supporting communities in achieving the ambitions of the Paris Agreement by scaling up culture-based climate action.

ICOMOS' support of CHN stems from its dual role of Secretariat and sustaining member. As Secretariat, ICOMOS contributes to the exchange of information among CHN members regarding culture-based climate action and to the development and promotion of tools to mainstream culture into international climate policy.

Despite much good work, contemporary climate planning has suffered from a pervasive failure to imagine desirable ways of living not wedded to the carbon economy and the systems that support it. The new Action Plan announced today by the network of organisations, charities, government bodies, universities, memory and cultural institutions, and cultural and creative industries from around the world seeks to fill this gap.

Crucially, the Plan promotes the theory that change happens by unlocking the power of culture to empowering people to imagine and realise low-carbon, just, climate resilient futures.

To achieve this, it urges cultural voices to challenge the 'petrocultures' and 'carbonscapes’ that are the heritage of the Anthropocene, while championing those elements of culture that are part of the solution to climate change. These include lessons of historic and traditional buildings and landscapes that pre-date the fossil-fuel era; the worldviews and cultures of Indigenous Peoples and local communities that offer counterpoints to unsustainable paradigms of ‘progress;’ and artistic, creative, and imaginative tools that help people take climate action.

The CHN’s Action Plan is designed to shape change by connecting cultural voices to each other and partners across sectors to transform climate policy, planning, and action at all levels by better taking account of these cultural dimensions, recognising that people and culture are key to climate solutions. 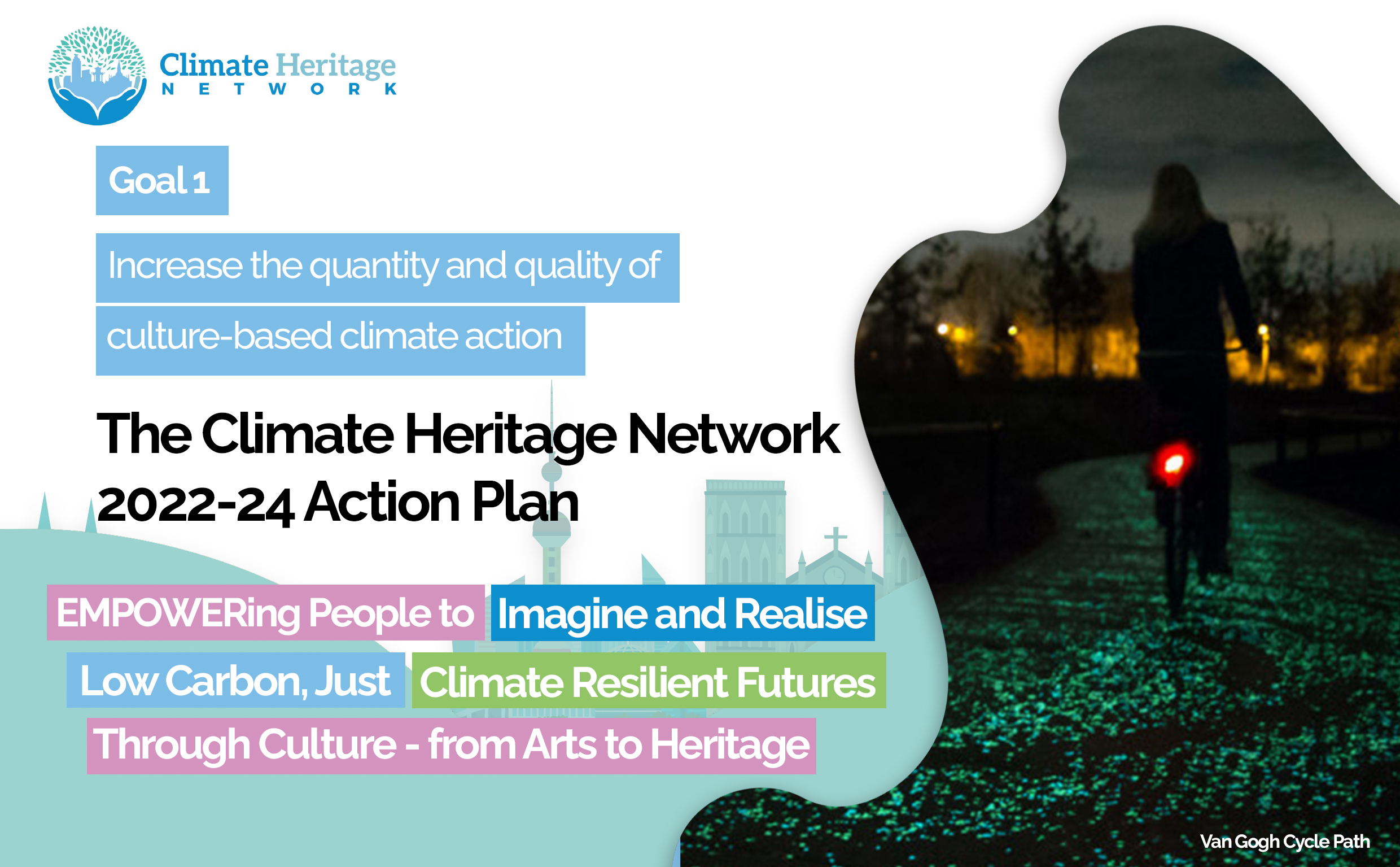 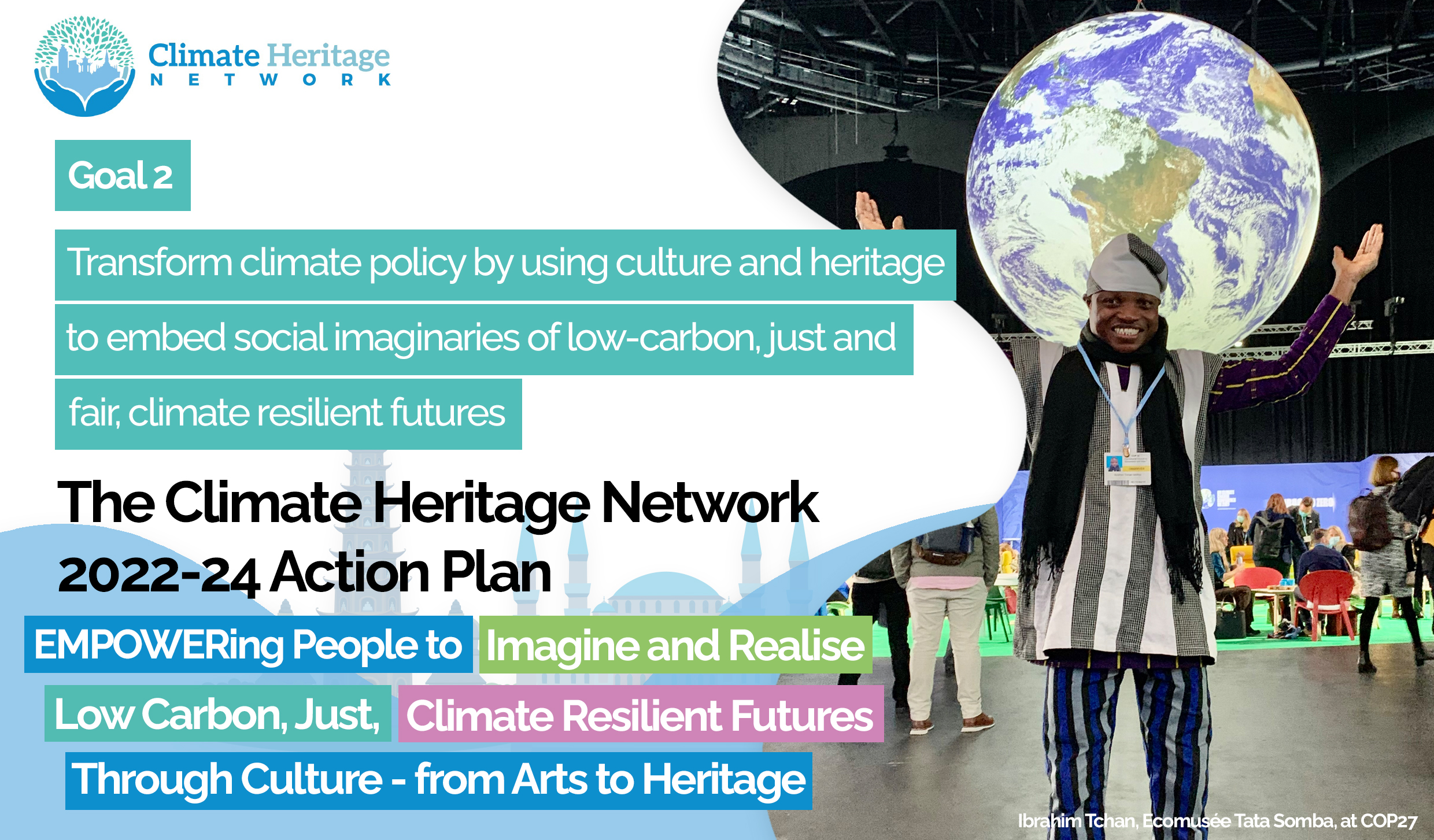 In support of these aims, the Action Plan establishes 12 key focus areas, such as Buildings and Infrastructure, Food and Agriculture, Waste and Consumption, and Just Transition. Outputs will promote more sustainable practices such as the adaptive re-use of buildings and use of local sourcing and traditional agricultural knowledge. Network activities will also spotlight the myriad social and cultural dimensions of climate change impacts, including through the Race to Resilience: Culture Campaign being undertaken by the CHN along with the UN High Level Champions for Climate Action.

Prioritising support for rights-based, place-based, demand-side, and people-centred strategies are a key to the Plan. The Action Plan also seeks to strengthen frameworks in which cultural actors and operators support climate action by Indigenous Peoples and local communities and build common cause with intersectional interests such as racial and gender equality, linking culture to climate justice in ways that bolster climate action and climate responsive sustainable development.

Looking ahead, the Network will increase its presence at climate change forums, conferences, and events, including the 27th UN Climate Change Conference (COP27) in Sharm El-Sheikh, Egypt, in November 2022. The UNESCO Conference on Cultural Policies and Sustainable Development (Mondiacult 2022) being held this week in Mexico City is also a focus.

Since the CHN formed in 2019, increasing numbers of arts and cultural organisation have joined amidst growing concern of climate change and its impacts on places, communities, and audiences. Critically, the growth of this Network also reflects growing recognition of the potential power of culture for connecting people with climate issues.

With the launch of its new Action Plan, the CHN aims to provide more practical tools for its members to connect with local communities and diverse stakeholders in climate action. Planned outputs, including training, resources, and knowledge-sharing, will help members play their part in bolster climate planning and action and preventing irreversible losses and damage to the planet, its peoples, their cultures and heritage.

Download and read the full Press Release about the launch of the new Action Plan in English and French.