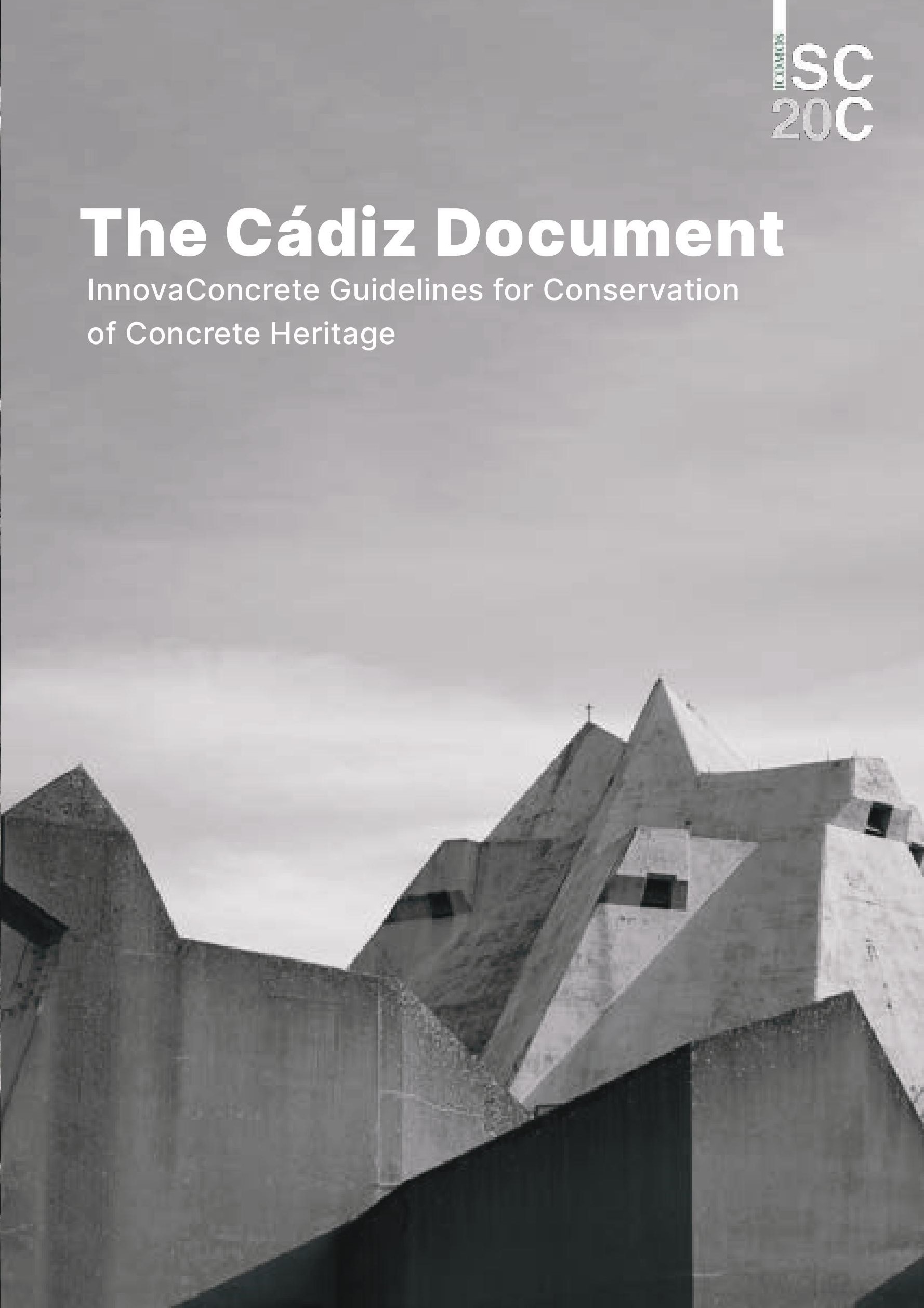 The Cádiz Document: InnovaConcrete Guidelines for Conservation of Concrete Heritage provides guidance for the conservation of concrete heritage with respect to its cultural, historical, aesthetic, social and technological values that define its significance.

As part of the InnovaConcrete project, a research initiative funded by the European Union Horizon 2020 programme that aims to find new ways to help preserve concrete-based monuments from the twentieth century, the ICOMOS International Scientific Committee on Twentieth Century Heritage (ISC20C) was tasked with creating these guidelines for the conservation of heritage concrete structures. This document is based on the same concepts as expressed in the Approaches to the Conservation of Cultural Heritage of the Twentieth Century (also known as The Madrid - New Delhi Document), which the ISC20C published in 2017. It is an aid to conservation and restoration practitioners and other professionals, including architects, engineers, conservators, contractors, craftsmen, public officials, and private owners who may be faced with making important decisions about the treatment of a heritage concrete structure.

While the primary emphasis of the InnovaConcrete project has been the development of new nanotechnologies that can combat the deterioration mechanisms in concrete, there is also a very important effort to raise awareness about the significance and cultural values of heritage concrete. As part of the InnovaConcrete partnership, ISC20C was tasked with assisting in the awareness raising efforts. This includes the identification of case study sites, and together with Docomomo Ibérico, the selection of the “100 from the 20th”, a special webpage that features concrete heritage from all the countries of the European Union. A series of eight public workshops were held at the case study sites throughout Europe. In June 2021, ISC20C organised the InnovaConcrete Kaunas workshop “Monument and non-Monument: concrete heritage of the post-war era”, a virtual conference on the monumental nature of concrete heritage of the post-war era.

ISC20C also participated in several other workshops leading up to the final workshop of the project “Conservation of the 20th Century Concrete-based Cultural Heritage: Innovative materials, procedures and awareness” held in Cadiz, Spain from 2 to 4 December 2021. On this occasion, The Cádiz Document was officially presented. Among the project partners' efforts to celebrate concrete heritage, the development of this guide for the conservation of concrete heritage structures is one of the most important elements.