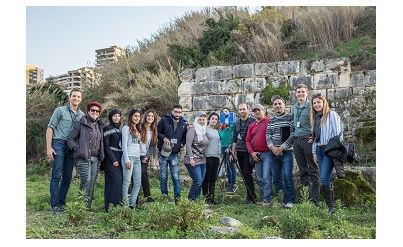 Pilot phase to focus on Syria

Project Anqa, which seeks to preserve cultural heritage using 3D digital recordings, has received a major contribution from the Arcadia Fund, a UK grant-making fund whose mission is to protect endangered culture and nature. Project Anqa, meaning “phoenix” in Arabic, is a joint initiative of ICOMOS, the International Council on Monuments and Sites, CyArk, an international non-profit organisation, and the Institute for the Preservation of Cultural Heritage at Yale University.

The project aims to create emergency 3D recordings of at-risk cultural heritage sites in the Middle East and North Africa. ICOMOS, the leader of the project, manages the efforts of the project partners and provides the scientific coordination of the project through the ICOMOS Working Group on the Safeguard of Cultural Heritage in Syria and Iraq.

The pilot phase of the programme focuses on Syria and started by training Syrian specialist who will capture 3D scans of six cultural heritage sites selected in coordination with Syria’s Directorate General of Antiquities and Museums (DGAM). The trainees of the project will continue capturing 3D scans beyond the pilot phase, which will lead to creation of a sustainable 3D architectural inventory activity. The scans will be archived by CyArk and made accessible to researchers around the world in an Open Access annotated database supported by the Institute for the Preservation of Cultural Heritage at Yale University

In January 2017 in coordination with DGAM and with the support of the Arcadia Fund, CyArk, organized a two-week training in Lebanon. The training focused on refining data capture techniques and providing additional guidance to the DGAM for on-site recording forms. The DGAM staff participated in hands-on field collection training and computer lab data processing. Fieldwork took place in coordination with the Lebanese Directorate General of Antiquities at the Phoenician temple complex of Echmoun in Saida.

A second phase of Project Anqa is foreseen in order to train Iraqi heritage professionals to carry out 3D documentation of Iraqi cultural heritage. 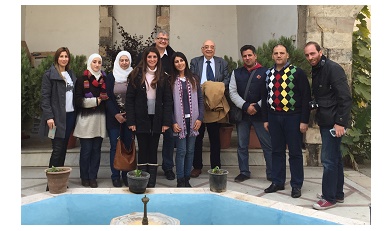