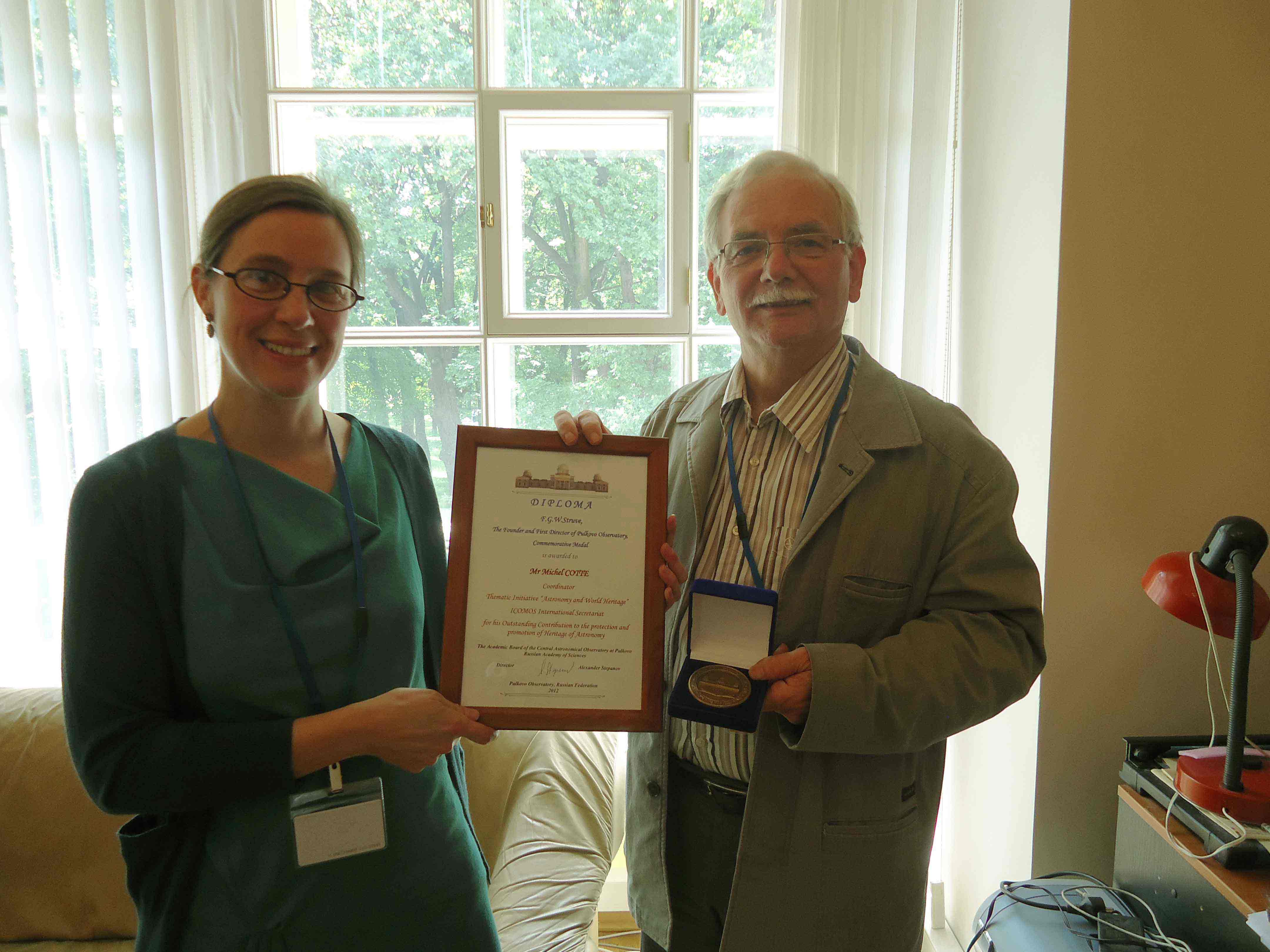 e occasion of the 36th session of the World Heritage Committee, gathered in Saint Petersburg, we are pleased to inform you that Michel Cotte, professor and ICOMOS advisor, was awarded the F.G.W. Struve medal by the Scientific Committee of the Pulkovo Observatory and the Russian Academy of Sciences.

This distinction rewards his outstanding contribution to the protection and promotion of the heritage of astronomy, through his coordination work for the UNESCO thematic initiative on Astronomy and World Heritage. This has resulted in the publication of the thematic study on “Heritage Sites of Astronomy and Archaeoastronomy”, in close cooperation with the International Astronomical Union and with the scientific support by the ICOMOS Secretariat in Paris. The ceremony was held on 4 July at the library of the Tavricheskiy palace where the World Heritage Committee meeting took place. This award illustrates the professional and scientific work that ICOMOS develops upstream of the recognition of new heritage fields and in cooperation with major international scientific organisations. Three other individuals also received the Struve medal for their contribution to the heritage of astronomy: Her Excellency Mrs Eleonora Mitrofanova, Ambassador of the Russian Federation and President of the 36th World Heritage Committee, Mr Francesco Bandarin, UNESCO Assistant Director-General for Culture and Mr Mikhael Marov, mathematician and astronomer, member of the Russian Academy of Sciences.